Six Ways To Live Your Life As A Modern Transcendentalist
Odyssey
CurrentlySwoonLifestyleHealth & WellnessStudent LifeContent InspirationEntertainmentPolitics and ActivismSportsAdulting
About usAdvertiseTermsPrivacyDMCAContact us
® 2023 ODYSSEY
Welcome back
Sign in to comment to your favorite stories, participate in your community and interact with your friends
or
LOG IN WITH FACEBOOK
No account? Create one
Start writing a post
Politics and Activism

Ralph Waldo Emerson's words of wisdom and their application to any young adult in their college years and beyond. 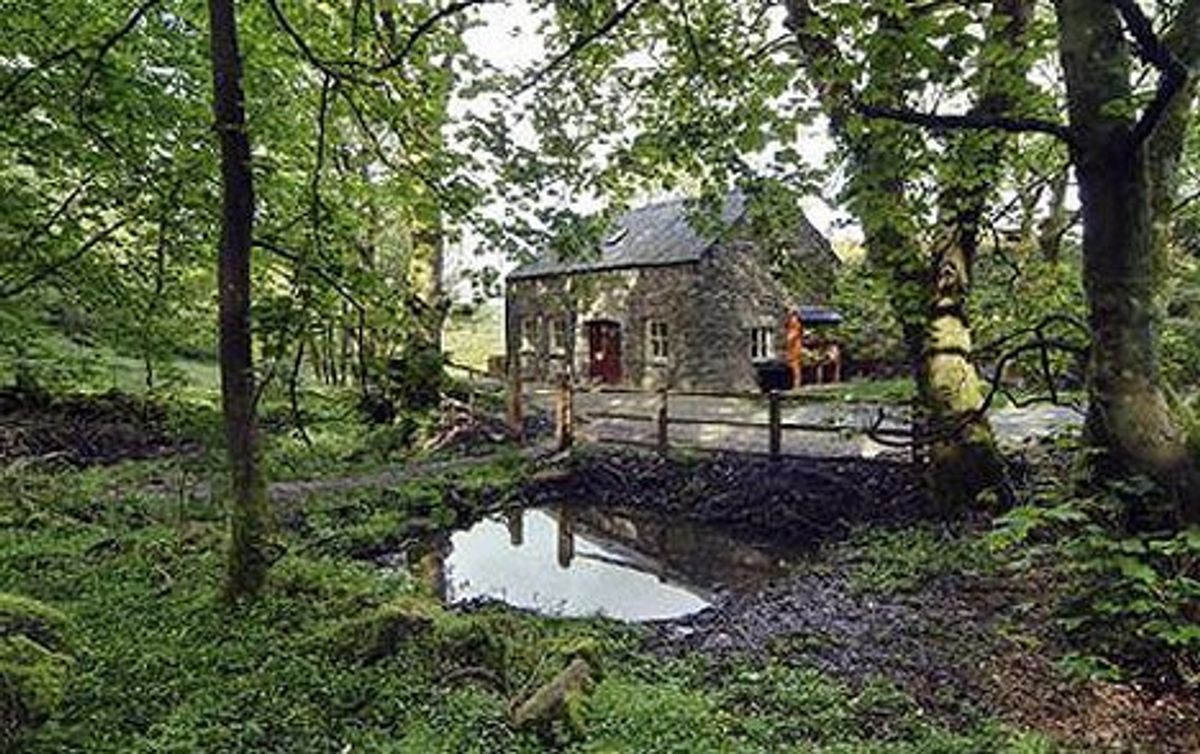 It’s summertime, and you’re home from college. No term papers. No exams. No professor chasing you, hell bent on making your life miserable for his or her enjoyment. It’s time relax! Yet, you’re at a pool party that your parents dragged you to (away from your sweet air conditioning and Netflix), and you are forced to socialize with your parents' friends. They all keep repeating the same, cliché phrase saying to “live life to the fullest! Your college years are the best of your life!” Many of you reading this already know that ...

What many don’t know is that there are always ways to live a fuller life. Remember back to high school English class. Remember those droning lectures from your teacher that went on and on about the celebrated words of old white guys, most of whom had been dead for many years? One of those old white guys was Ralph Waldo Emerson.

For those who might have been caught taking a snooze during that class, Emerson was a New England minister, philosopher and writer. In his essay titled "Self Reliance," many of his principles reflect those of the core Transcendentalist ideals. If a college student reads Emerson's essay closely enough, he will discover how Emerson proposes to live a "virtuous" and "self-reliant" lifestyle free of the maladies of modern society and free to explore oneself. Here are six selected passages from Emerson’s essay for any college student to apply to his or her life this summer, during college and beyond:

1. “Trust thyself: every heart vibrates to that iron string. Accept the place the divine providence has found for you, the society of your contemporaries, the connection of events.”

Life is unpredictable. It takes you down different roads, and at the end of each road, there may be a dead end or a detour. Sometimes the road may be a lonely one. Sometimes it may feel like your doing the wrong thing or you are not doing enough, whether it be studying for an exam or a fight with a friend. There may have been a time when the universe was working against you. Nevertheless, Emerson believe that things happen for a reason. Fate delivers challenges that we must overcome. The only way to overcome these obstacles is to trust in our ability; trust in the person we are and to trust that we did the best we could. Simply put: trust in yourself and trust in the type of person you are. Because if you are confident in yourself and your actions, then everything else life throws at you will seem all the less difficult.

2. “Virtues are, in the popular estimate, rather the exception than the rule. There is the man and his virtues. Men do what is called a good action, as some piece of courage or charity, much as they would pay a fine in expiation of daily non-appearance on parade. Their works are done as an apology or extenuation of their living in the world, — as invalids and the insane pay a high board.”

It’s easy to accomplish things in life and, in the end, just meet expectations. However, it takes a certain type of individual to step up and let his true character shine. Take for instance, a mother with two young children and is so immersed in dealing with them that she forgets she left her wallet on the counter at the grocery store. There is no rule that says you must return it. No one will know that you held onto it. The mother will think that she had just lost it. That is the rule. The virtue would be to return the wallet to the mother for no promise of reward or anything. It is simply because you felt it was the right thing to do so that the mother will be able to provide for her children. That is the virtue. Approach the complex maneuverings in life with the idea that there is always a higher alternative than what society dictates you should do as a minimum requirement.

3. “Whoso would be a man must be a nonconformist. He who would gather immortal palms must not be hindered by the name of goodness, but must explore if it be goodness. Nothing is at last sacred but the integrity of your own mind. Absolve you to yourself, and you shall have the suffrage of the world.”

It is easy to get caught up in popular trends. As a college student, it’s also popular to conform to the crowd and appear to belong. To do so results in living in a comfortable and safe social setting. Emerson rejects conformity and celebrates nonconformity, being different than what the crowd expects you to be. To live a fuller life, one must liberate himself from societal pressures and liberate his mind to be open to new ideas. With this liberation, he will win the admiration of the rest of the world. It’s what sets the CEOs apart from a fast food regional managers.

4. “A foolish consistency is the hobgoblin of little minds, adored by little statesmen and philosophers and divines. With consistency a great soul has simply nothing to do ... Is it so bad, then, to be misunderstood? Pythagoras was misunderstood, and Socrates, and Jesus, and Luther, and Copernicus, and Galileo, and Newton, and every pure and wise spirit that ever took flesh. To be great is to be misunderstood.”

There is no one right way to go about living a successful life. People change majors in college on a monthly basis. It’s also not bad to believe in something that no one else accepts. Hey, at least you’re thinking for yourself. Daring greatly or putting your faith in an idea that seems impossible already sets you apart from the rest of the herd. Let your fellow college peers snicker at your ideas. One day, it may be your name in the textbook their children are reading.

5. “The relations of the soul to the divine spirit are so pure, that it is profane to seek to interpose helps. It must be that when God [speaks] he should communicate, not one thing, but all things; should fill the world with his voice ... Whenever a mind is simple, and receives a divine wisdom, old things pass away, — means, teachers, texts, temples fall; it lives now, and absorbs past and future into the present hour. All things are made sacred by relation to it, — one as much as another.”

Human beings are naturally social animals. We rely on each other for friendship, kinship and relationships. But to broaden that, we are connected with the greater metaphysical universe. Nature and mankind live on the same planet, in the same galaxy of the same universe. Nature, in accordance with Transcendentalist thought, is the supreme governing authority in the universe that follows God’s law. There is a connection to everything, with the past acting as a cause and the future reflecting the effect. Appreciate all aspects of life on Earth and cherish the simple things rather than focus on the complicated few.

6. “If our young men miscarry in their first enterprises, they lose all heart. If the young merchant fails, men say he is ruined ... He walks abreast with his days, and feels no shame in not 'studying a profession,' for he does not postpone his life, but lives already. He has not one chance, but a hundred chances. Let a Stoic open the resources of man ... and that moment he acts from himself, tossing the laws, the books, idolatries, and customs out of the window, we pity him no more, but thank and revere him, — and that teacher shall restore the life of man to splendor, and make his name dear to all history.”

This passage is simple: never quit. Always try again. There is no one chance to get something right. Life provides opportunities for us to grow and to try and try again. Because we didn’t get into our first choice of school or we didn’t nail that internship doesn’t mean our lives are over. Instead of dwelling on those things, welcome the hundreds of possibilities that become open to you than you once thought before. It may take us thousands of tries, but in the end, we will each revel in our own success.

Nicole Marie Nigro
Individual Creator
8300
c1.staticflickr.com
Where to start...... Let me start with the cliche that life throws us curveballs and what we do with it is what counts.