10 Transcendentalist Pop Songs Thoreau Would Jam Out To In The Woods By Walden Pond
Odyssey
CurrentlySwoonLifestyleHealth & WellnessStudent LifeContent InspirationEntertainmentPolitics and ActivismSportsAdulting
About usAdvertiseTermsPrivacyDMCAContact us
® 2023 ODYSSEY
Welcome back
Sign in to comment to your favorite stories, participate in your community and interact with your friends
or
LOG IN WITH FACEBOOK
No account? Create one
Start writing a post
Entertainment

Ever wonder what kind of music Thoreau, the transcendentalist forefather himself, would listen to? 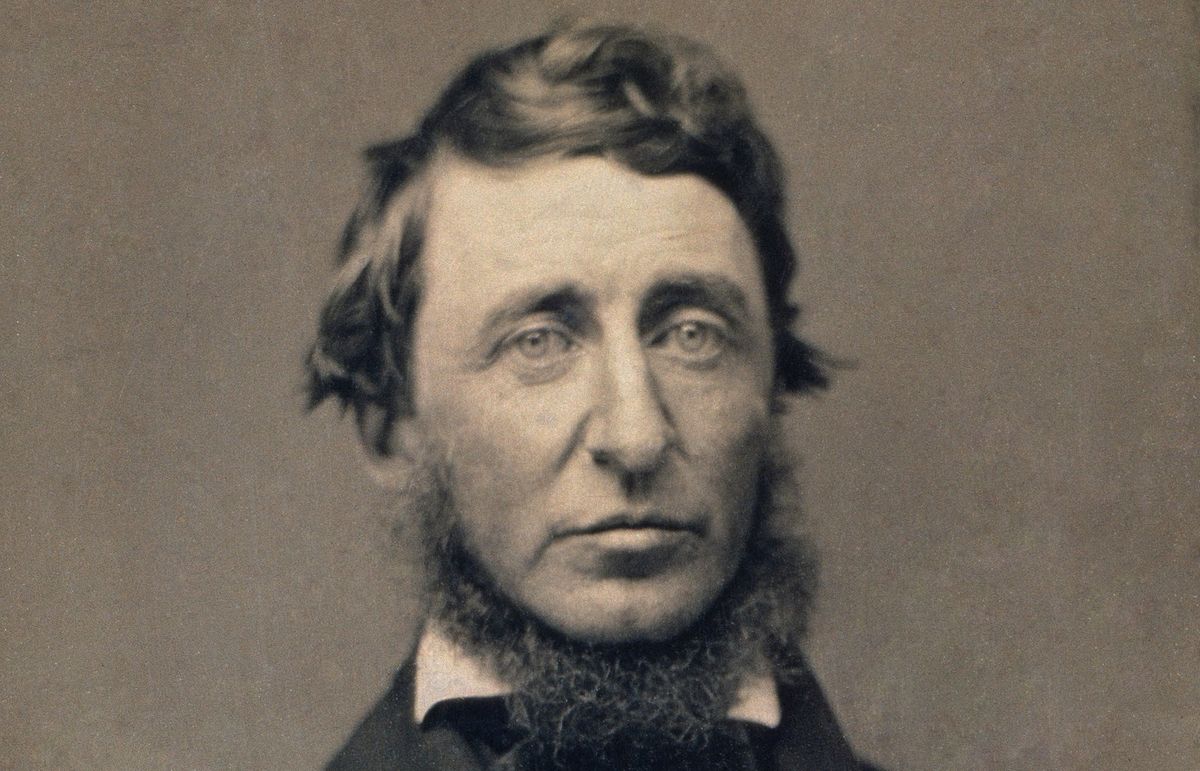 Henry David Thoreau, an American essayist, naturalist and philosopher known for "Walden" and "Civil Disobedience," is considered to be one of the forefathers of the American Transcendentalist movement. The Transcendentalist movement started in the early 1800s to oppose the progress towards technology and piety of the era. The movement's core values were rooted in the belief of individual intuition being able to transcend a physical being to understand a greater truth, as well as the importance of nature in guiding one's journey to this greater truth.

While curating this playlist, I included motifs that Thoreau used for the structure of his experiment at Walden Pond: self-reliance, nonconformity, and nature.

A classic throwback song from Camp Rock, Demi Lovato and Joe Jonas showed Disney Channel fans to be unapologetically themselves. Similarly, Thoreau lived at Walden Pond for two years because he wished to "live deep and suck out all the marrow of life" for his self-contentment.

This song embodies the spirit of being true to yourself rather than to someone else's expectations. Thoreau would have appreciated the line, "We'll do this all our own way " because he believed the only way to live life was to "live deliberately."

"Don't Stop Believin'" is a classic song played at every dance and party. Its message of staying true to your values and thinking for yourself embodies the Transcendentalist tenet of self-reliance. The line "Payin' anything to roll the dice/Just one more time" shows that people are too focused on extending their life quantitatively rather than qualitatively. Self-reliance helps them gain satisfaction from their life by learning more about themselves, according to Thoreau.

Although The Neighbourhood produces more alternative music, "Float" recounts the experience of being an outsider learning to trust themselves. It says, "They show you how to swim, then they throw you in the deep end/I've been learning since, but it doesn't mean I'll float" to reflect that society helps us build standards, but doesn't help us reach them. As a result, one must learn to rely on themselves to "float." Thoreau's experience with self-reliance comes from his decision to live alone, which forces him to fend for himself.

"It's My Life" by Bon Jovi shows the idea of non-conformity through the line: "I ain't gonna be just a face in the crowd, you're gonna hear my voice when I shout it out loud." Bon Jovi wants to be remembered on his own terms, which shows his originality and ability to move away from society's expectations of him. Similarly, Thoreau must have thought "It's My Life" when he made the decision to live at Walden Pond to learn more about himself through nature.

6. "Somewhere Over the Rainbow" — Israel Kamakawiwo'ole

"Somewhere Over the Rainbow" is a quintessential song about nature's boundless beauty. It symbolizes nature as an optimistic source of inspiration for improving oneself and society. Thoreau echoes Kamakawiwo'ole's message by stating, "A lake is the landscape's most beautiful and expressive feature. It is earth's eye; looking into which the beholder measures the depth of his own nature," in order to show how nature has enlightened him.

"Wings" is an anthem for nonconformity. It states, "Don't let what they say keep you up at night... No, they can't detain you 'cause wings are made to fly" to show that one should only focus on being true to themselves. Thoreau was known for strongly despising tax payments in protest against slavery. In a way, "Wings" mirrors his refusal to pay taxes because he stands firmly for his beliefs, even if it took him to jail.

"Colors of the Wind" from "Pocahantas" urgers people to bask in nature's beauty whether it be by "painting with all the colors of the wind" or listening to "the voices of the mountains sing." Thoreau would have enjoyed this song because it embodies his stance on observing nature's interconnectedness to alleviate society's dependence on technology.

Foster the People's "Call It What You Want" opposes society's norms to illustrate the importance of following your own values. By including the line, "Yeah we're locked up in ideas, we like to label everything" the band highlights society's tendency to compartmentalize people into neat labels, which Thoreau opposed.

Marina and the Diamonds' "Oh No!" shows the importance of self-reliance: one must not depend too much on their material possessions if they wish to understand themselves and the world on a more intuitive, spiritual level. A person must look into themselves to find happiness, much like Thoreau did when he decided to live at Walden Pond.

Nicole Marie Nigro
Individual Creator
2029
c1.staticflickr.com
Where to start...... Let me start with the cliche that life throws us curveballs and what we do with it is what counts.