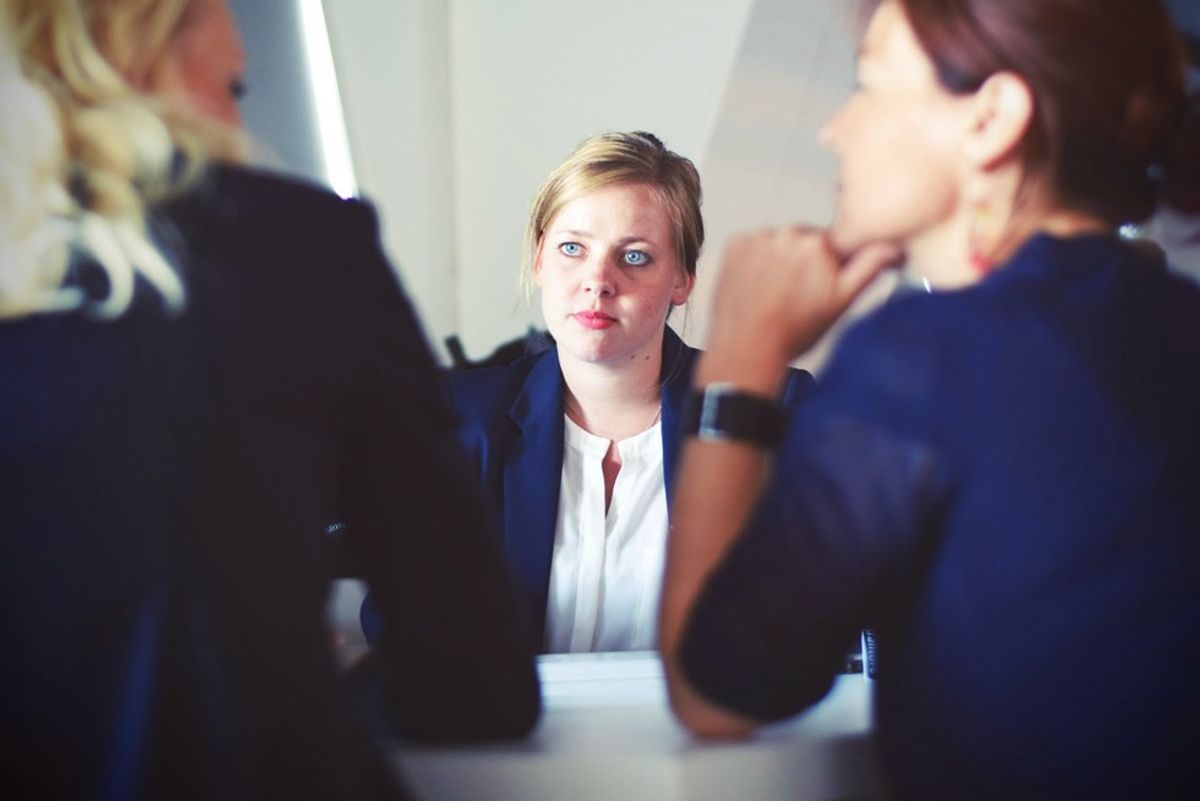 1. Because women get their periods.

Seriously, how can a woman run this country when she gets cranky during that time of the month? She'll get mad for no reason and start a war or bomb a country! Because it's not like all wars have been impulsively started by men, anyway.

2. Because we've had 44 male presidents.

Historically, we've only had male presidents. That's because only men can run this country. It's not because women have been discriminated against since the beginning of time or anything. And it's not like women run other countries, by the way, except for Denmark, Germany, Brazil, Australia, Iceland, Costa Rica, United Kingdom, Finland...

3. Because women are so EMOTIONAL!

How can a woman run this country if all they do is cry over everything and throw fits? It's not like any male presidential candidate has thrown a fit when they didn't get their way!

4. Because we turn to men for EVERYTHING.

Women are not independent at all. Except for Maria Theresa who controlled the lands of Central Europe, oh and Queen Victoria who was the queen of the United Kingdom in her own right and was the head of the vast colonial British Empire, and oh, we can't forget Oprah Winfrey who became the first African-American billionaire on her own, and what about Indra Nooyi who as the CEO of PepsiCo won back-to-back listings as a "World's Most Powerful Woman", oh or Cristina Fernandez de Kirchner who is Argentina's first elected female president, and many many more, but we don't talk about that.

5. Because traditionally, women are only good as housewives.

Not because the Bible is the most bought book in the entire world and the story of Adam and Eve influenced the notion that women are weak, seductive, and stupid, and have to be pure at all costs, don't even speak of sex, can't even enjoy sex, protect your husband from the evils of the world and stop him from cheating, be very religious or else you're disgusting, be submissive, do what the husband says, everything is your fault. So yeah, it's not like traditional views on women are sexist or anything.

6. Because men are just better leaders.

Research hasn't shown that women are actually better leaders. Oh, except for this one from Business Insider:

I mean, it's not because women have to perform twice as well to be thought half as good.

7. Because there are gender specific jobs.

And the presidency is a MAN'S JOB! All jobs are gender specific because it's not like there are male makeup artists and hairdressers, or women in the military, or women CEOs, or women politicians, or women construction workers, or male teachers, or male nurses, or women doctors, or male caregivers, or anything. Just confide to what society says is normal for your gender.

So, yeah, a woman cannot run this country, or any country, even though there are quite a few countries that are doing just fine under a woman's leadership, hey, maybe even better than us just because of the fact that they believe that women can be leaders and are capable of anything that they want to do.