Learn to love him, assemble the ways. Now, today, tomorrow, and always. 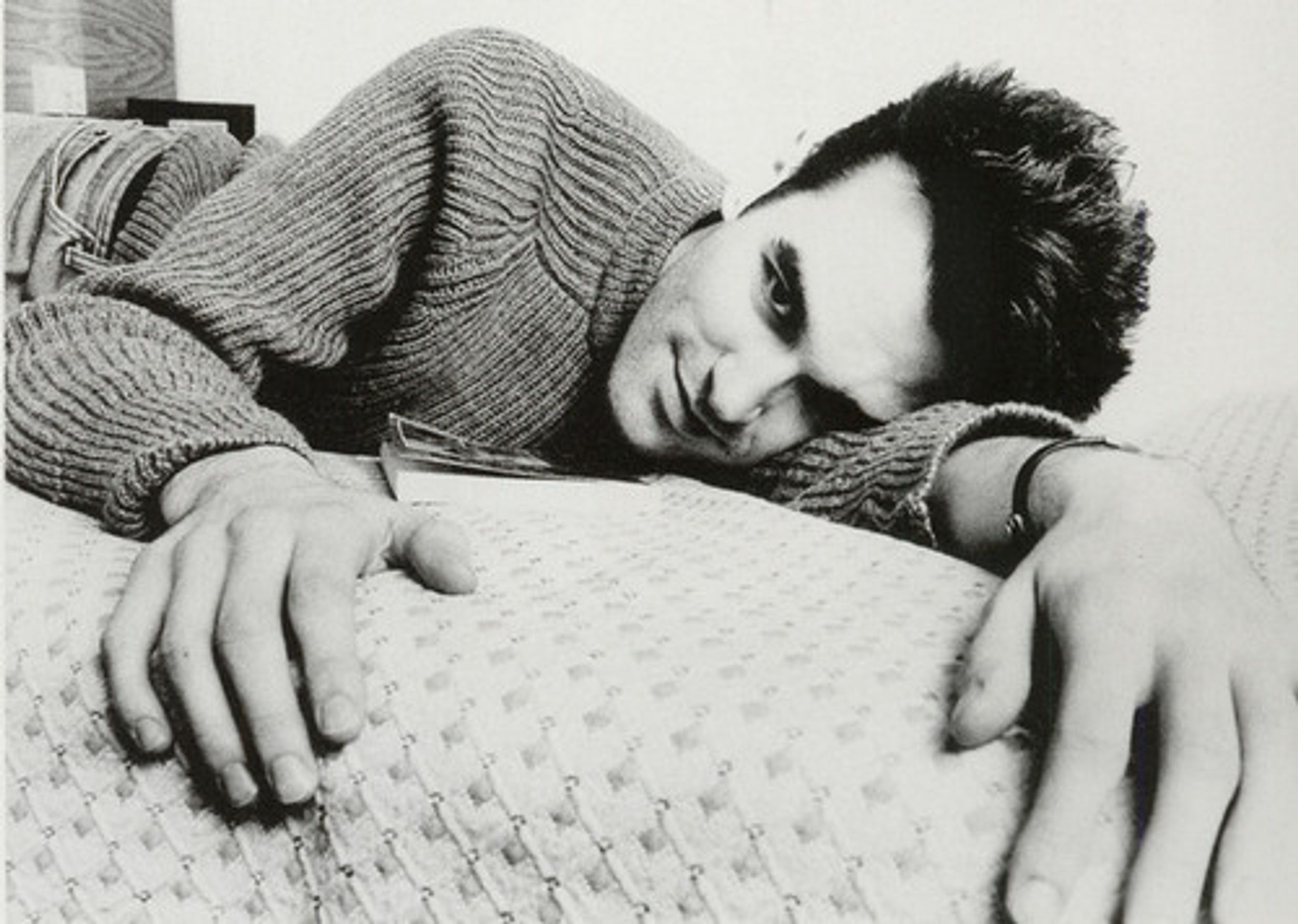 English singer and songwriter Morrissey exploded onto the alt-rock scene in the mid-80s as front man for the band The Smiths, later going solo by the early 90s. An eternally controversial character (though not entirely by his doing), he’s garnered only modest success in the United States. In an effort to create a Morrissey-induced fervor in individuals other than myself, I have compiled a list of reasons to enjoy not only Morrissey’s music, but his self as well. Note that this is not at all comprehensive, the list could go on forever.

From his debut as a singer, his lyrics have revealed eloquence unrivaled. No matter the subject of the song, Morrissey finds a way to inject a mix of vocabulary and sentence structure that is awe-inspiring, from “Ask’s" “Spending warm summer days indoors/Writing frightening verse/To a buck-toothed girl in Luxembourg,” to “Heaven Knows I’m Miserable Now's" “What she asked of me at the end of the day/Caligula would have blushed/'Oh, you've been in the house too long,' she said/And I naturally fled.”

Not only that, he’s consistently diverse, shying away from pop fodder and utilizing his vocabulary skills to sing about a wide berth of topics, from the queen of England to shoplifters to girlfriends in comas. Frequently, they induce fits of laughter, as in “Half a Person,” where he sings “I booked myself in at the Y.W.C.A/I said, ‘I like it here, can I stay?/I like it here, can I stay?/And do you have a vacancy for a back-scrubber?’”

Morrissey hasn’t consumed a morsel of meat since he was 11 years old, and has always been adamant about raising awareness of the cruelty that animals experience on their way to the slaughterhouse. In his song “Meat is Murder,” he’s blatant: “It's not natural, normal or kind/The flesh you so fancifully fry/The meat in your mouth/As you savor the flavor of murder.”

Meat-eating is a touchy subject—since it’s so prevalent in our society, people tend to immediately roll their eyes at vegetarians, forcing them to dance around the subject in order to avoid confrontation, saying “Well, I think it’s wrong, but if you want to do it, I’m not stopping you.” But if you actually sit back and think about it—considering that we have so many healthy alternatives--the needless slaughter of living beings simply for the pleasurable taste is rather preposterous. For this and other reasons to become vegetarian, click here.

Since his debut, Morrissey’s never been shy about his sexuality—or lack thereof, though he seems unable to describe it himself. Perhaps asexual entirely, or maybe “humansexual,” as he once called himself. Whatever the case, his clearly androgynous dancing and clothing style have sent fans into a frenzy. Somehow, his inability to be placed inside a box causes fascination rather than ostrasization (though Morrissey would be the first to point out that he has definitely experienced the latter, but never from his avid fans.) While most people stereotype female fans of other bands as being sexually ravenous for the musicians, it’s overwhelmingly the opposite for Morrissey: male fans propel themselves onto the stage for a hug from the ever-welcoming Morrissey (though they're not the only ones.)

4. He makes the best facial expressions.

Morrissey, in his later years, tried to appear more humble about his music, but he never truly convinced anyone. In his opinion, it’s a truly rare occurrence for a new band to create anything but pop fodder, and Morrissey pines for a depth and eloquence and diverse subject matter that he, personally, never finds in music other than his own. He’s quite proud of his own creations (and rightly so), though never feels comfortable overtly expressing it... any more. This doesn't hold true for his younger self.

To be honest, I had tried The Smiths a time or two in the past, but they never really struck a chord with me. In fact, I found Morrissey’s voice to be grating and his lyrics far too self-pitying. But the truth is this: if you hate The Smiths, it’s because it’s too soon for you. One day, when your heart breaks into a thousand pieces (and it will), you will like The Smiths. It’s almost a law, like physics. (And if you're shaking your head, you're lying to yourself.) Because he so perfectly describes all of it: the feeling of being alone, of never finding someone, or of losing someone. He sings it so sincerely and so heart-wrenchingly that, though it hits you right at your core, it’s soothing. I survived heartbreak much more smoothly, thanks to Morrissey.

Once you’ve gotten over this lost love, you may stop listening to Morrissey for a while. But you’ll always come back. “Don’t forget the songs that made you cry/And the songs that saved your life/Yes, you’re older now, and you’re a clever swine/But they were the only ones who ever stood by you.”

I think we could all use a little more Morrissey in our lives, don't you?

Caitlyn Morral
St Bonaventure University
6089
Wordpress
Odyssey recognizes that mental well-being is a huge component of physical wellness. Our mission this month is to bring about awareness & normality to conversations around mental health from our community. Let's recognize the common symptoms and encourage the help needed without judgement or prejudice. Life's a tough journey, we are here for you and want to hear from you.