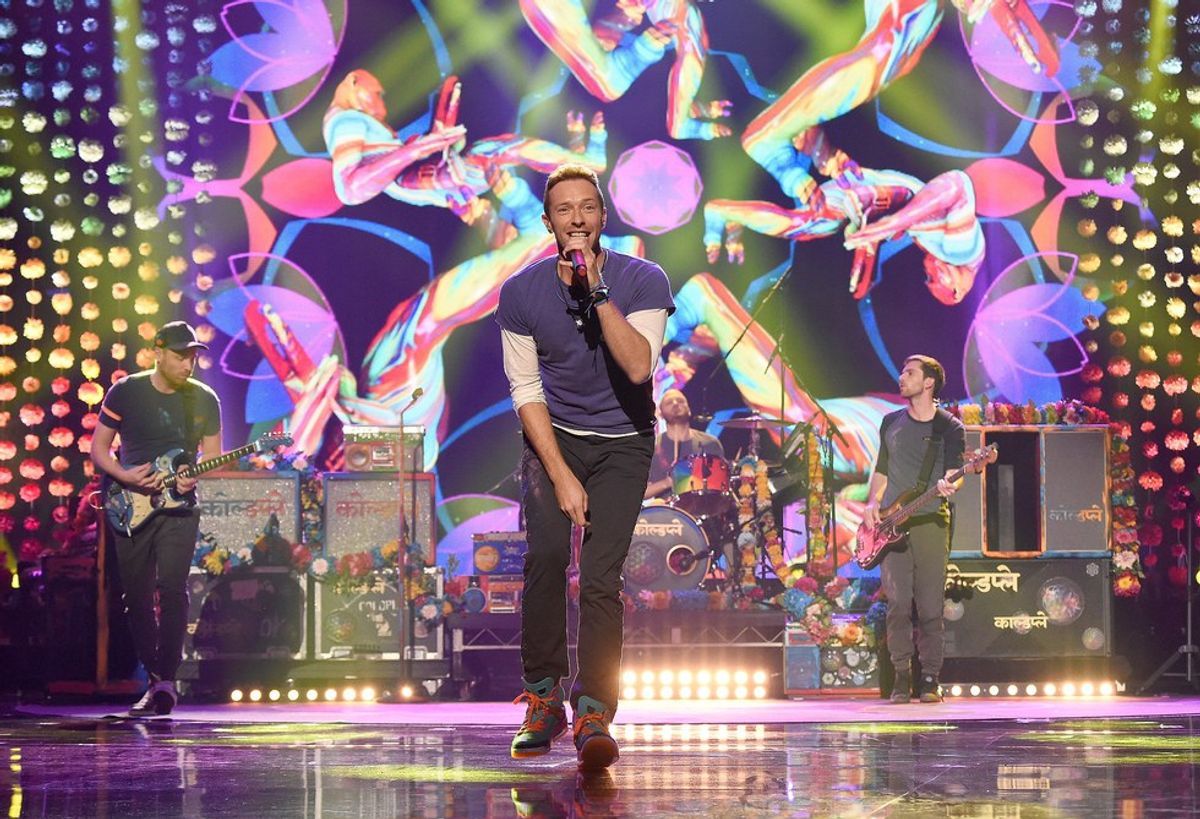 Last weekend, I saw Coldplay perform live onstage and they left my head full of dreams that night. The band is explosive onstage, captivating an arena full of 50,000 people with elaborate lighting, pyrotechnics, visual effects and unbeatable energy. The dazzling atmosphere encompasses the entire venue and engages every audience member. Here are six recognizable aspects of a Coldplay concert that make their shows stand out from the rest.

1. Coldplay lights up the stage

Throughout the entire show, the stage is illuminated from all sides with different kinds of lights. There are lights flashing towards the audience, colors pulsating from the floor, and fireworks shooting up from the stage. The show is like cracking open a giant glow stick.

The wristbands given to each audience member are one of the most unique parts about attending a Coldplay concert. Throughout the show, the wristbands light up to correlate with the song being played, like flashing yellow for “Yellow” and blinking blue for “A Sky Full of Stars.” Looking around the stadium at the thousands of shining wristbands is an amazing feeling and makes you so much more included in the concert by being one of those lights.

Looking at Coldplay’s set list is akin to hitting shuffle on their entire discography. The concert is a mix of old favorites like “Clocks” and “Fix You,” hits such as "Paradise" and "Viva la Vida" and songs from their new album like “Adventure of a Lifetime” and “Up&Up.”

Chris Martin’s stage presence is a force to be reckoned with—onstage, he is as explosive as the colors streaming around him. He spends the entire concert sprinting up and down the stage while he sings, flinging his hair back and then epically jumping when the beat drops. When the lights and colors mirror a kaleidoscope, he just spins around and around in a circle, singing without a care in the world.

Alessia Cara is the opening act directly before Coldplay. She is most well-known for her songs “Here” and “Wild Things,” but she also has a wealth of fantastic other music that made for a great opening. She has a unique voice that draws you in even before the beat does, and is an opening act that you do not want to skip.

6. Your seat does not matter

In large arena concerts, it may be tempting to shell out extra money to get floor seats of the stadium. But here is the catch: unless you are in the first floor section, you are not seeing the performers any better than someone in a higher section of seating. Especially at a concert like Coldplay’s with so many special effects, being higher up does not mean that you are farther from the action, but rather more immersed in the concert experience. The nosebleed seats are where you can feel the pulse of the crowd, gaze at the thousands of blinking wristbands, and watch the fireworks on a much larger scale.