6 Major Plot Holes In 'Harry Potter And The Cursed Child'

JK Rowling is known for having a tight universe, so why did 'Cursed Child' fall flat? 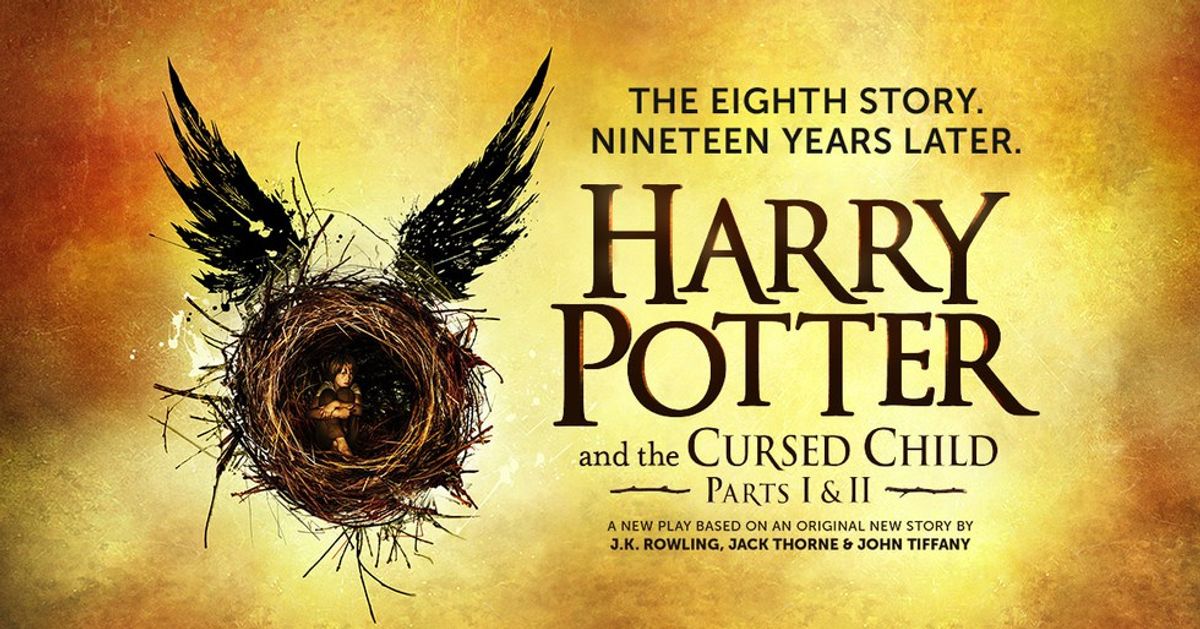 With the release of "Harry Potter and the Cursed Child," many Potterheads were excited to jump back into the wizarding world. For many, it was their first and final midnight release of the series.

However, after reading through the script, many fans were upset with how many uncharacteristic plot holes there were. Rowling, known for having a tight story, seems to have slipped up by letting some major holes through. Many are saying the story is just fan service and has more holes that some NextGen fanfics.

**WARNING. FROM HERE ON OUT DOES CONTAIN SPOILERS. PLEASE READ THE SCRIPT BEFORE CONTINUING.**

Remember back to "Deathly Hallows" when Harry went into the Forbidden Forest to sacrifice himself? That is because Harry was a Horcrux and the only way to get rid of it was for Harry to die. He went in, let Voldemort kill him and the Resurrection Stone do its job. If you don't remember, that is where Harry talked to Dumbledore in what looked like King's Cross.

In "Cursed Child," there were many instances when Harry's scar would hurt and he could feel his presence. Harry even had visions about where Voldemort was and what he was doing. Now this couldn't happen if Harry was no longer a Horcrux...right?

2. Cedric as a Death Eater.

This isn't a plot hole as much as it is character assassination. Remember Dumbledore at the end of "Goblet of Fire" saying:

“Remember Cedric. Remember, if the time should come when you have to make a choice between what is right and what is easy, remember what happened to a boy who was good, and kind, and brave, because he strayed across the path of Lord Voldemort. Remember Cedric Diggory.”

When Albus and Scorpius go back to interfere with the second task, by using Engorgio it humiliates Cedric into becoming a Death Eater. When Scorpio gets rushed back to the AU without Albus, he finds this out.

Now I can understand the frustration but I can not imagine kind-hearted, loyal Cedric (being a star-Hufflepuff and all) becoming a murderer just because he got humiliated.

In "Chamber of Secrets," a massive portion of the book is about the trio making polyjuice potions in the girls bathroom since it takes a month to make and brew.

However, this changes in "Cursed Child" because Albus (who is terrible at potions as mentioned very early in the book) says that he is fine with making polyjuice potion while in the church. They are debating about how to make Harry look like Voldemort and Albus throws in the idea of making polyjuice potion. To which I say, "We don't have time for this Albus. Do you even have the ingredients?"

4. Could Voldy even have kids?

So according to "Cursed Child," Bellatrix and Voldy had a baby in the space between Half Blood Prince and the Battle of Hogwarts. Now we'll get into the timeline of this later, but right now we are going to focus on whether Voldy could/would have kids.

When Voldy made himself a new body, he made himself more snake-like (you know, the nose-less-ness). Now it turns out snakes do have penises. They are a special type of penis called a "hemipenis" were it is essentially inside the body until needed and then it erects to do some hanky-panky.

Just because he has a dick, does not mean that it works. Like could he make it erect? In his old age of 75, probably not unless he had the help of Viagra or an Engorgio spell. Did he have actual semen that worked? Well, snake semen and human semen probably wouldn't mix too well, meaning no baby.

In his quest for immortality there would be no need for a heir. And since he was conceived under the influence of a love potion, he had no ability to love so therefore there had to be some ulterior motive.

Many theorize that it was because it was his back-up plan in case he didn't make it. The child would carry on his mission or it would be a good place to put a final horcrux that could be hidden for years until the child's body and skills were a level that Voldemort could take over.

But this back-up plan theory doesn't make sense. From the books, it seems as though Voldemort's pure evil search for immortality would not be brought to an end. He thought he already had enough Horcruxes to cover his bases. He didn't even know Harry was one. Towards the end you could tell the Voldemort was getting a bit nervous by keeping Nagini by his side, but The Battle of Hogwarts was too late to create a baby with Bellatrix.

6. The timeline doesn't add up.

Before reading this section, check out a tumblr user's timeline of Delphini and then come back.

Now, I don't know how wizard pregnancies work. But assuming they follow the rest of humanity's nine-month gestation period, it would be a very tight timeline between conception to birth to the Battle of Hogwarts.

Bellatrix and Voldemort lived at Malfoy Manor with Lucius and Narcissa during the time she was "pregnant." Somehow, they managed to hide the baby bump during this entire time, including when the trio raids Bellatrix's vault.

I'm not denying the use of dark magic in this case, but it doesn't seem like the pregnancy could have fit in with the timeline of the original series.

With the story ending "for sure," I'm not sure how I feel. It was fun to go back into the Wizarding World one more time, but I'm not sure if the story held up to the standards in which I hoped and was expecting. Whether JK Rowling says the "Cursed Child" is canon or not, I may choose to leave it out of the narrative that I see as Harry Potter.

Let me know what you think of the book. Did you like it? What are some other plot holes that you found that I didn't mention? Comment below and let's have a discussion about the eighth story, nineteen-years later.