Try to remember they're a person, not a spectacle 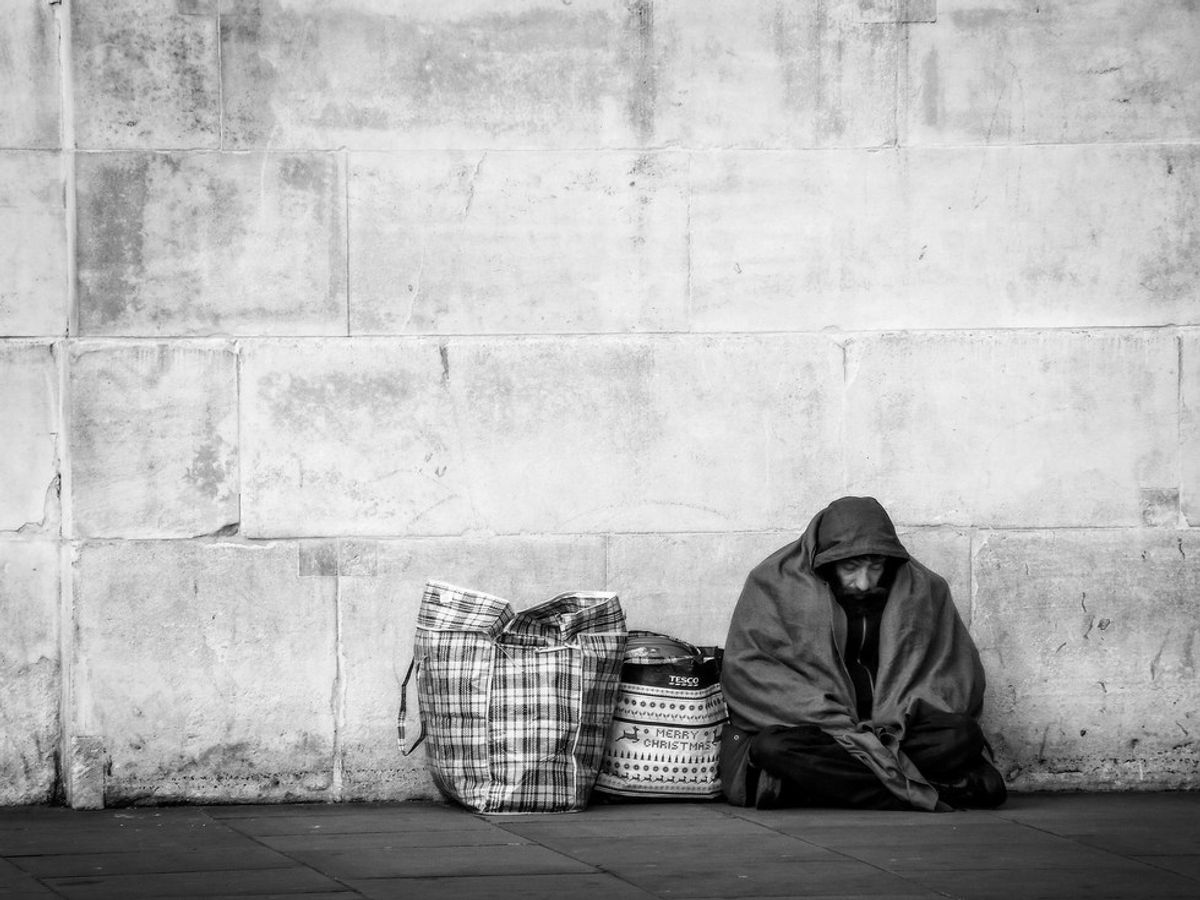 When I arrived for my pre-orientation trip in Washington, DC, I walked past something I’d seen many times before: tons of people experiencing homelessness, lined up on the sidewalks, pleading with anyone who passed for just a dollar or two. That first day, I reacted like we’ve all been implicitly taught to since we were children. I walked right past, not allowing myself to glance towards them or mumble a hello, desperate to get away from the guilt of seeing those with so little while I knew I have so much.

Throughout my five days in DC, me and the other freshmen and upperclassmen leaders who were along for the ride got to get involved with homelessness and hunger in a variety of different ways, but the hands-on work was not the most powerful part of my experience. Packaging food and cleaning up child care centers is rewarding, but it’s just physical labor; the effects and the memories fade with time. What does not fade, is knowledge. And I got a piece of that that I will never forget.

Their stories were heartbreaking in a million ways, but they were also eye-opening. Their number one lesson to us throughout their stories was plain and simple. The people on the street aren’t “homeless people”, they’re people experiencing homelessness, and they’re human.

It is so dehumanizing when we walk past those too many consider below average society on the street, and we don’t even spare them a hello. We justify our actions by saying we didn’t have any money to give, or we’re afraid of them using their money on drugs, but the truth is, we don’t want to acknowledge the problem. We don’t want to acknowledge that there are people who have nothing while we have everything; we don’t want to admit that we have the means to help them, but that kind of personal sacrifice isn’t something we’re interested in.

People experiencing homelessness have arrived there via many different circumstances, and a lot of times, those circumstances were out of their control. But regardless of how they arrived there, they are just as much human being, just as much flesh and bone, as the rest of us. They deserve better than for people to sprint past them, purses and wallets pressed tight to their bodies, like they were avoiding some sort of animal.

It doesn’t matter if you have money to spare. Stop, and say hello. Ask them about their day. It doesn’t have to be a long conversation, but acknowledge their existence. Give them some human contact, even if just for a few moments. Let them be a person.