The tech crew is the unsung hero of theatre. 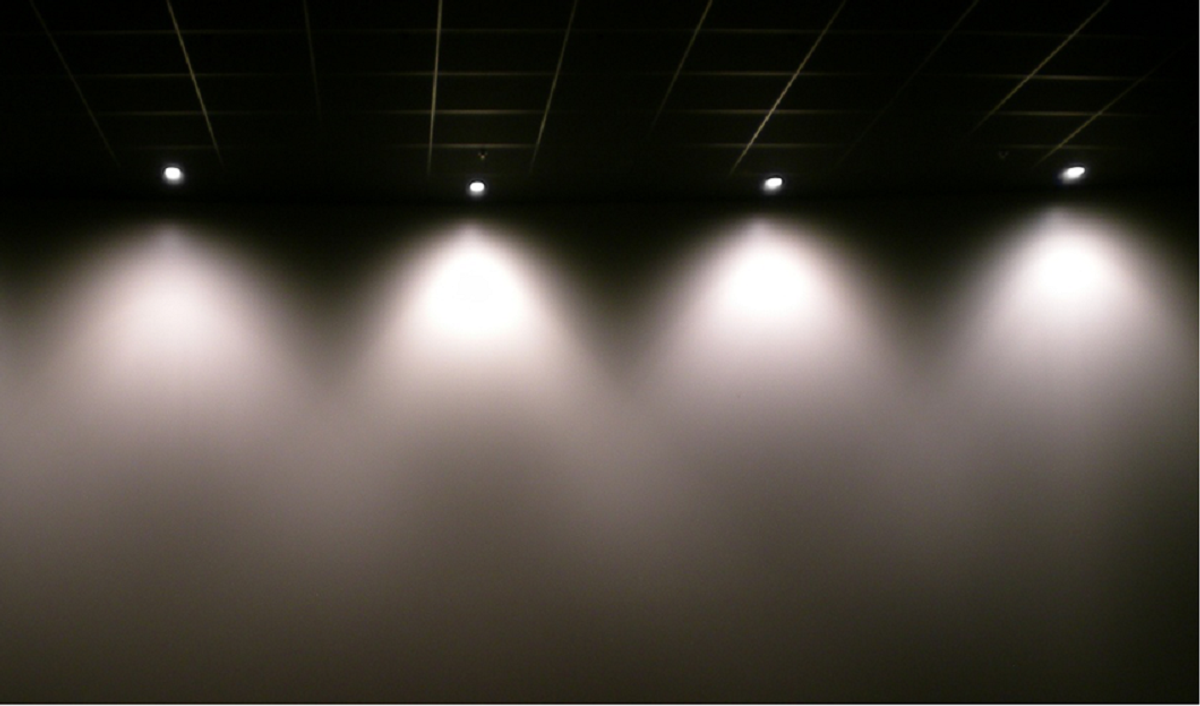 This past week, I worked one of the follow spots for my college's production of The Addams Family. Follow spot requires 3 people to be harnessed into the catwalks, which are located in the ceiling, and to wait until a specified cue comes up and to shine a spot light onto a specified person. Sounds easy, right? Wrong. Here's 5 things I learned while doing spot lights, and many of them were surprising to me!

1. Being in a small space for many hours is uncomfortable.

I don't know about other people, but when I hear that I have a job that allows me to sit for many hours, rather than stand for many hours, I get excited. This, however, is not the case for working spot lights. Sitting is nice for the first 20 minutes, and then after that your whole body decides to cramp up. You have pain in parts of your body that you didn't know could have pain. When a break comes up, I can't wait to stand up. I never thought I would hate sitting so much.

2. You become thirsty when you can't have water.

The biggest rule about the catwalks is that we can't bring anything up with us besides our headsets, to receive cues, our paper cue sheets, a pencil, and different colored gels to go in the lights. Anything else could be hazardous because there's a risk we could drop it, and it would hit someone that's standing or sitting below.

This also means that we can't have any water or food with us. I've realized that when you have full access to water, you're not thirsty. You could go hours without drinking anything and not even really notice. But the second you're not allowed to have it, your mouth becomes the Sahara Desert.

3. Seeing a musical too many times isn't enjoyable.

Now, don't get me wrong, Addams Family is a fun show, that is enjoyable to see a few times, but when I leave rehearsal having every line from the show memorized, its been too many times.

I will be the first to admit that I've seen productions where the spot light is shakey, and I've thought to myself "How come that person can't just move it smoothly?". Now I regret saying that. It is much more difficult than I ever would have expected. Keeping the light moving smoothly, while following the actor around the stage is really hard, and it's even more difficult to aim your light at the exactly right spot before your light turns on. It's so easy to be a little off, or to move slightly too fast or too slow. I definitely have to give the people that always work light crew props!

5. Tech Crew is so important.

Tech crew is 100% the most underrated group of people in the theatre business. Without the crew, there wouldn't be a show! It doesn't matter how amazing the cast is, if there's not lights to see them, and no mics to hear them. From this day forward I will always think of the crew as the unsung heroes of the theatre world. Message to all my fellow performers out there- appreciate the crew that's working on your show, be patient with them, and kiss the ground they walk on because TRUST ME, there wouldn't be a show without them!