5 Reasons Why The St. Louis Cardinals Will Celebrate A Red October
Odyssey 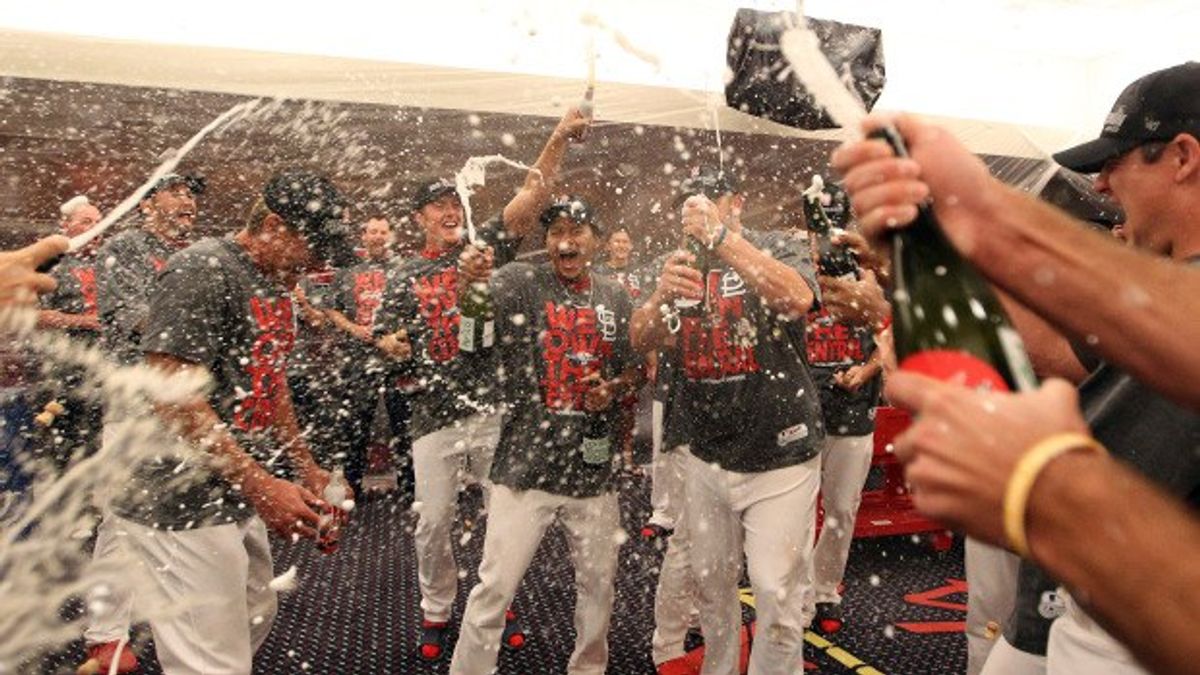 To most people, the month of October means harvest, pumpkin spiced everything, and finding the biggest pumpkin at the local patch.

To me, the month of October stands for ballpark nachos, rally towels, and the die-hard fans of St. Louis Cardinals baseball - and it doesn't get much better than that.

Friday, Oct. 9 marks the first of the best-of-five game series opening at Busch Stadium and this year, the Chicago Cubs are coming to town.

Facing each other for the first time ever in the postseason, the Cards and Cubs are known as the best rivalry in the Central Division and that's something that will never change.

Here's 5 reasons why it'll be a 'Red October" again this year:

MLB.com reporter Anthony Castrovince said in a 2014 article that the Cardinals "ought to be the envy of nearly every other." Ranked #1 best team in the league, the Cardinals have continued, time and again, to prove that they are more than deserving of a 12th World Series title.

2. We have better postseason experience (obviously).

This October is the 12th time the Cards have played in the postseason since 2000 and in that stretch of time, we've seen four World Series berths and two championships.This will be the first time the Cubs have seen the postseason since 2008 and it sucks that they'll only see the first round of the division championship after the Cards end their season. Let's be honest, Cardinals fans have plenty of experience on how to properly wave a rally towel and a "Cub-tober" could never actually be a thing.

3. We're still so damn good – even with injuries.

Opening day regulars Matt Holliday, Matt Adams and Jon Jay have all missed a lot of the regular season games with injuries along with our 'tsunami wave' pitcher, Carlos Martinez, who is shut down for the remainder of the season due to a shoulder strain. But the Cardinals can somehow just keep finding productive replacements, whether they’re trades like Moss or newly recruited rookies like Steven Piscotty.

4. Our boys on the mound are top-dog.

In my own opinion, the Cardinals pitching is what carried our team to the post season. According to ESPN stats, our top mound men included Michael Wacha with 17 wins, John Lackey with a 2.77 ERA, Carlos Martinez with 184 strikeouts, Trevor Rosenthal with 48 saves. Ranking #1 in all of MLB baseball regular season with a staff ERA of 2.94, it could be some of the best in franchise history.

5. We'll continue to prove you wrong.

With all of our wins, comes all of our haters. Fans all over America hate the Cardinals because we continue to win over and over again. With our stats, standings, and titles to show, it's time for America to give up the fight and let the Cards soak in the winnings that we've deserved. Just admit it - we're really, really good at baseball, and an October just wouldn't be complete without the color red.