Yes, Divorce Can Be Tough But Here Are 5 Reasons You Don't Have To Be Ashamed

Yes, Divorce Can Be Tough But Here Are 5 Reasons You Don't Have To Be Ashamed 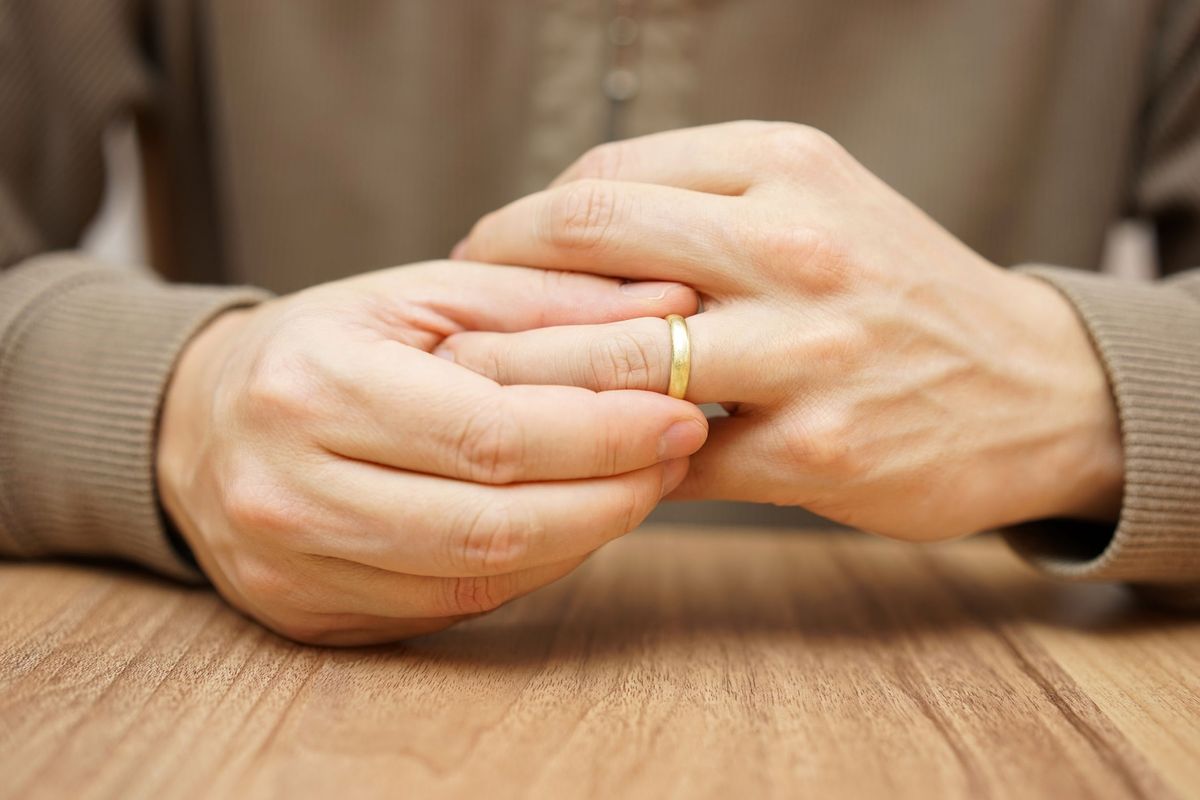 Divorce is quite common nowadays, and while it can be difficult to parties going through it, there is a social stigma surrounding it. When that happens, divorced couples have been reported to feel shame, isolated and even depressed.

There's nothing wrong with divorce—if two people can't make their marriage work and it is no longer worth it, then it's better to let go. No matter whose fault it was or what circumstance brought the marriage to an end, there are many reasons why you should not be ashamed about your divorce:

1. Remember why you divorced in the first place

Outsiders not involved in the marriage should remain where they are: outside. Regardless of what people will inevitably say of your failed marriage, the crucial thing to remember is the reasons why the union resulted in divorce.

No matter what the reasons are—abusive partner, infidelity, money, unrealistic expectations, etc.—you are in the right for separating with them. In the end, there was something that brought the marriage down, a factor where everything went wrong, this is what you have to remember.

2. Divorce is not a failure—marriage is not always the best

A failed marriage does not mean you're a failure in life and in everything else. Humans experience failures all the time. Some experience it with jobs, in school, finance, and some in relationships. Instead of mulling over the negatives, think of divorce as a sort of fresh start.

We all make decisions that lead to outcomes of all types. In the beginning, it might've been a healthy marriage or it could've been over before it even began, but no matter what it is important to remember that all good things come to an end when they're ready. Nothing is perfect and people change.

While marriage that ends in divorce is always a sign that your romantic relationship with your partner is over, it doesn't mean it has to end forever. This is especially useful when children are involved. Assuming that you’re both co-parenting, it can be hard if the two of you are not actively participating.

3. You're not the first or the last person to get a divorce

When you talk with a group of people your age, it is highly likely that a handful of them are divorced or are going through it. You'd be surprised by how many people lead exciting lives after their divorce. This confirms that divorce is not a failure and that everyone going through it should embrace their fresh new start in order to attract new things in their lives.

4. "Staying together for the kids" never benefits anyone

If you're in an unhealthy relationship, don't allow your kids to witness the unhealthy parts. There's a lot said about children coming from broken homes and the issues that psychologically impact them.

Yes, I missed out on understanding how families were supposed to be and how it would've felt to be raised by both parents. Finally, I grew up. I saw how complicated relationships could be and I developed an understanding of why my parents' relationship didn't work out. I realized that some people just aren't meant to be together.

I realized that happiness matters more than the title of "divorce."

Staying together for the kids only opens up the opportunity for them to witness every negative aspect of your relationship. The last thing we should expose children to is unhappiness with someone you're supposed to love. Divorcing can be harder on children when they're young, but as they grow up they will see the bigger picture of how divorce can actually be a healthy thing.

5. Divorce can be healthy

If you caught yourself in an unhealthy relationship that changed drastically over time, it is safe to say that you probably did the right thing by divorcing them.

Your first instinct was probably not divorce. I'm sure every relationship builder handbook has been torn apart cover to cover. I'm sure you struggled to make it work with your (now ex) spouse for years. You uncovered the half-truths and the deceptions, and at times even made excuses for them, you doggedly tried to brush off concerned questions from your family and friends. And while you didn’t want to do it, you knew it had to be done. You filed for divorce.

You will be so much healthier and happier than if you stayed unhappily married.

Researchers love to praise marriage as a health-boost (they clearly were never stuck in a miserable marriage.) And the rest of us tend to think that a marriage is better than no marriage at all. And while all the stats and studies love to tout the benefits of being hitched, we often forget that it’s not about the marriage as much as it is the quality of the marriage.

There’s been plenty of science to prove that an unhappy, conflict-riddled marriage can be worse for you health-wise than if you were single. And if you hadn’t broken up, you would still be at an increased risk for heart disease, cancer, arthritis, diabetes, and depression.

A study from Michigan State University found that people who were believed to be in a bad marriage were actually more likely to experience negative cardiovascular effects, compared to people in good marriages.

So before you're quick to give someone crap about being divorced, think about all of the ways that they're better off and healthier than they were in a toxic marriage. Before we give stigmas to things we should consider the possibilities and the opportunities things like divorce actually brings.

If you have had a divorce or are going through a divorce, just remember, do what makes you happiest in the end, you don't have to live in Hell forever.