This movie is basically genius. Not convinced? Here's why! 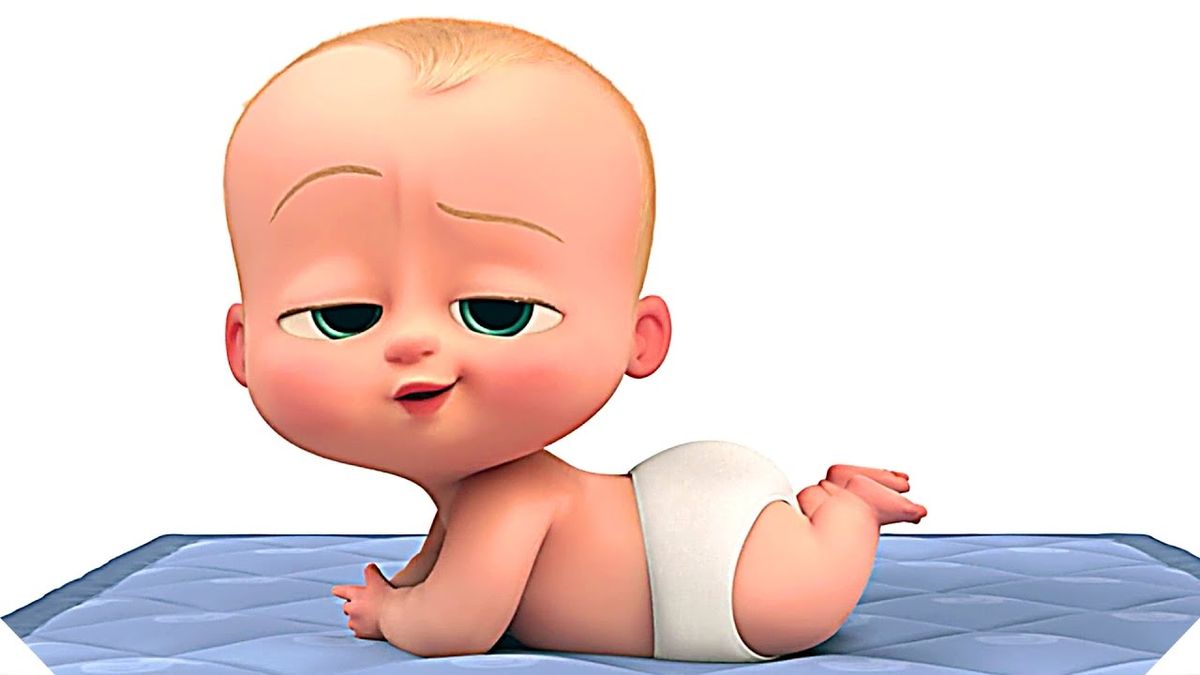 So today, after my last final reached its conclusion, I did what any reasonable college student would (and should) do - I went in my basement, turned off all the lights, snuggled up in fuzzy socks with a giant pillow and some blankets, and alternated between napping and binge-watching movies on Netflix.

It was GLORIOUS. I watched three movies to satisfy my craving for feel-good films and naps: A Nicholas Sparks movie (Safe Haven, which I am 98% sure is a Nicholas Sparks movie, but if it's not it basically is so it counts), a sappy romantic comedy Christmas movie (A Christmas Prince) because nothing says 'tis the season like sobbing about a perfect Aldovian prince and a gorgeous quirky writer - it's a must watch - and my last movie was a children's movie... Boss Baby.

1. The Animation Style is Adorable

Look, I'm sorry but I'm a sucker for adorable things and for aesthetically pleasing and adorable animation, and there is no denying that the animators really outdid themselves on this one:

I mean c'mon. It's an adorable baby, in a suit, in a booster seat. Super cute.

Also look at his big brother:

I mean c'mon. The adorable hair, the huge blue eyes, the button nose... he's an adorable kid and looks so sweet and naive.

2. The Jokes are Funny for Any Age

My new favorite thing about kids movies as I grow up is finding the adult jokes that they put in there in order to make the parents/babysitters/older siblings not want to claw their eyes out when watching the movie. Normally, the intense subtlety and build-up for the adult jokes is pretty amazing in kid's films, because if they're too outright they enter no-no territory. This movie does a great job with those, and I thoroughly enjoyed it.

ever that is cuter or more innocent than sibling love, parental love, and the importance of family. I mean really, it's perfect.

When Boss Baby is talking to his big brother about how parents can't love enough for the two of them, he uses sliding beads, and his big brother gets super sad. BUT THEN when his big brother writes him a letter for him to come back, he tells Boss Baby he will give him all of his love, THEN FILLS A BOX WITH THE SAME BEADS. WHAT A METAPHOR!!!!

b) THE BABY AS A BOSS

The little boy who originally narrates the story, Tim, establishes early on that he has a voracious imagination with an adorable ability to see fantasy situations all throughout everyday life. Seeing his new baby brother as a baby boss could be a genius metaphor (and in my opinion it totally is) about how babies seem to take over when they come into people's lives, and how when everyone snaps to attention at their every whim, they seem all-powerful.

c) THE TICKLE SPOT AS HUMANITY

Okay so this one is almost definitely a stretch, but when Tim tries to tickle Boss Baby he's saying how he can't be tickled, but Tim finds his "tickle spot," and says everyone has a tickle spot. Then, later in the movie, even the evil Francis Francis had a "tickle spot," AKA humanity, compassion, and something beyond just being a baby born to be in management. If you'll recall, in the beginning scene, babies are tickled to see if they get sent to a family, or to management. The Boss Baby gets sent to management for not laughing, and the ones who were easily tickled got sent to families. BUT later in the movie, the Boss Baby has found his humanity through his brother Tim, and knows to let the feather tickle his "tickle spot" to get sent to a family! BAM.

In conclusion, Boss Baby was nominated for a Golden Globe and is trending on Netflix for a reason. So, even though some cynics may be too cool, I totally got my geek out over this movie, and you should too!!!