5 Ridiculous Misconceptions Americans Have About Russians

Contrary to popular belief, zero percent of my friends were in the mafia. 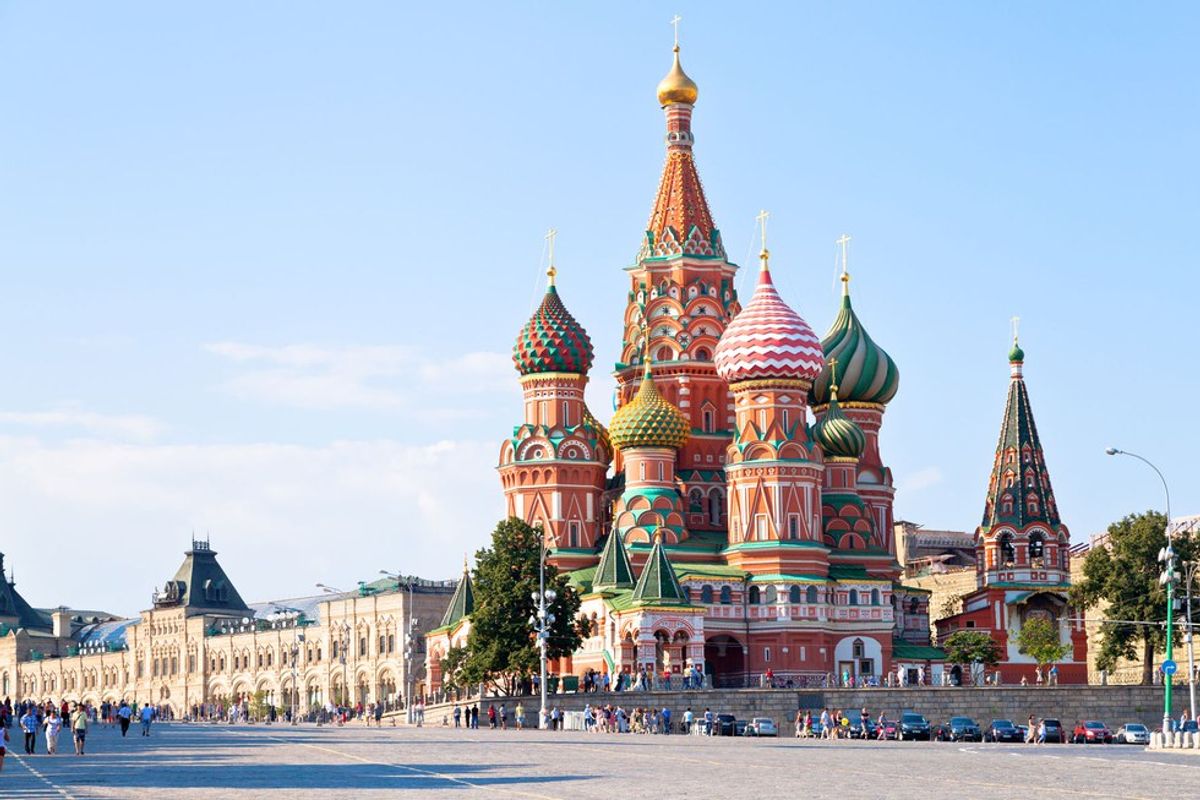 There can be no question that Russia, the biggest country in the world, has a bad reputation. It has always, at least in my lifetime, been considered a place of the mafia, spies, and the KGB. The majority of video games set in a realistic world use Russians as the bad guys. And we can't forget the bears, vodka, and Putin (all formidable things in their own ways).

Especially now, with the CIA and the FBI saying that Russia hacked the 2016 presidential election, and with Obama's response to the alleged hacking, it seems that the relationship between the United States and Russia is about to get even more tense. For many people, their idea of Russia is a freeze frame of the country from more than twenty years ago. (If you don't believe me, I'll tell you how many “In soviet Russia...” jokes I've experienced in the last five years of studying Russian. News flash: the Soviet Union collapsed in the nineties.) A lot of things have changed since then, and Russia as I know it is lot more like America than many people might think.

Misconception #1: Vodka is the drink of choice.

While many soviet-era films depict Russian men sitting down to dinner with a low ball of vodka, that particular liquor has gone at least partially out of style. Many young Russians prefer beer, wine, rum, or whiskey. Some even refuse to drink vodka at all, considering it an uncultured beverage. When I lived in a suburb of St. Petersburg, I would pass the Russian Standard vodka factory on the way into town. In the States, Russian Standard is good quality alcohol – but all of my friends in Petersburg balked at it.

Of course, not everyone has given up on vodka, but it's not quite as ubiquitous in Russia as many Americans might believe.

Misconception #2: The winter is downright brutal.

Russia's huge size also means that it reaches up into the arctic, however, so of course there are going to be cities that are awfully chilly. The village of Oymyakon is generally considered the coldest inhabited area on Earth, with temperatures averaging -58 degrees Fahrenheit in the wintertime. Just keep in mind, though, that this is a remote place in the far north. There are also frigid inhabited locations in Canada, Scandinavia, the United States (looking at you, Alaska). Russia certainly doesn't have the monopoly on confusingly populated tundras.

Fans of European cultural centers like Paris, Berlin, and Amsterdam would certainly enjoy hanging out in St. Petersburg, also affectionately called “the Venice of the North.” It is a relatively young Russian city that was made into the new capital by Peter the Great in the 18th century. Peter the Great loved Europe and wanted Russia to progress into the modern day, so not only did he uproot a ton of people from the previous capital (Moscow), but he also changed the way that his subjects dressed and even how the men groomed their facial hair. It seems a little strange, but now St. Petersburg is one of the most beautiful cities in the world, and it is undoubtedly European in its style. The city even puts English phonetic on its signs to help people who don't read Russian characters.

If there is one thing that seems to permeate the culture in much of Russia, it's a near-obsession with health and cleanliness. Little pharmacies can be found on every other street, parents make their children wear hats if it's colder than 60 degrees outside, and Russians literally whip the impurities out of each other in scalding hot saunas (it's called a banya). A lot of people know that it's considered rude to keep shoes on in a Russian home, but not a lot of people know that it's because many Russians consider the streets to be filthy, and they don't want any of the dirt getting inside their home. In fact, most Russians will even change into “home clothes” rather than stay in their street attire, and they wear slippers (called tapochki) inside. Any hospitable Russian will have several extra pairs of tapochki for visitors, just so that everybody stays clean and comfortable.

Misconception #5: Russians are inhospitable and unfriendly.

First things first – Russians do not smile at passersby on the street. They don't wave at people they don't know, and they don't feel the need to make conversation with people they'll never meet again.

However, once you get to know a Russian, you'll never feel unloved again.

Like I said in Misconception 4, Russians will often plan for visitors with extra tapochki so that their visitors feel comfortable in their home. And once a visitor is inside, about 99% of the time, tea and sweets will be offered up, if not all of the food in the refrigerator.

If you feel ill in Russia, your friends will not back away from you, but will make sure you have a scarf and a hat, and then they'll take you to the pharmacy. A Russian will not not judge anyone for calling in sick to work (they'll only judge you for not wearing a hat).

Despite the rough relations that our governments seem to have at the moment, Americans will be richer for remembering that the Russian people are not every stereotype that we tend to believe. In fact, Russians make some of the best friends. Russians will include you in their lives in whatever way they can. They'll offer up their food, their bed, and their home to make you comfortable. They'll keep you well and care about you.

And, unlike your American friends, they'll consider whipping you in the banya.