Let's get the Netflixing started! 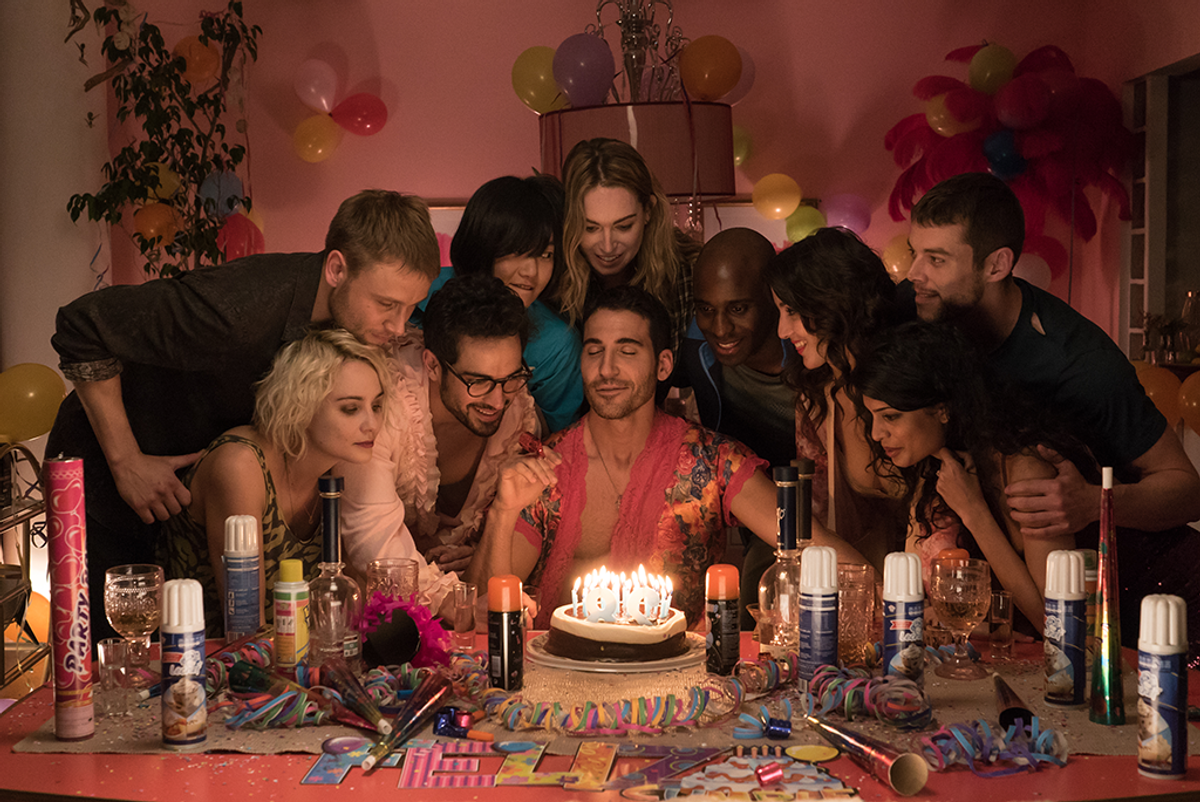 Oh, Netflix. You wonderful keeper of the next binge-watch. Whether it is following around Jessica Jones' vengeful quest, or trying to figure out if we are supposed to take anyone with the last name “Hollywood” seriously on "The Great British Bake Off," you always have a plethora of TV shows to try out. Sometimes, though, you just want a show that represents YOU. Whether that’s content with people of color, people with different religious affiliations, differently abled peoples, and/or women-led narratives; for me, though, I am always looking for queer content. Binge-worthy queer content. Here are a few for the people who feel the same way.

(But first: Honorable mentions to three shows: "Buffy the Vampire Slayer," "Orange is the New Black" and "Person of Interest." Are all of these shows well-made, with quality acting, writing, and world-building? Yes! Are they three of my favorite shows that I can definitely say are ‘bingeable’? Yes! But why are they not on this list? All three series violently kill off their queer women. Not positive representation. Sorry not sorry!)

"The OA" is not a show that’s easy to describe (definitely not easy without spoiling the grade-A twists and turns), but here are some of the things that the show has: Alternate dimensions, near-death experiences, interpretive dance and daring escapes. Is that not enough to peak your interest? Well, it has a 14-year-old trans character, Buck Vu, who is actually played by a trans actor, Ian Alexander. It’s a great story, with a cast that is as diverse as the world we live in today.

"Sense8" is another show that is difficult to explain. Eight people (sensates) are part of a cluster; they are mentally linked and can transport to the location of others in the cluster. Each of the eight are in different parts of the globe with different backgrounds and experiences (like devout Hindu and scientist Kala, and German safecracker Wolfgang). This show, a GLAAD award winner, also features two “sensates” who are queer, trans hacktivist Nomi whose girlfriend Neets is a key ally for the sensates, and Lito, a Mexican film star who is forcibly outed in the first season. This series treats all of its characters with dignity, and while rambling at times, is a visually arresting, philosophically interesting, wild ride.

This ABC family soap and GLAAD award winner is made of all the usual ingredients: A beautiful family with more problems (drugs, infidelity, and even jail time) than seem logical. But what makes this show stand out is its quiet but subversive queer representation. The show is anchored by an interracial lesbian couple, Stef and Lena, who fight, have sex, and parent five kids all while remaining partners on the same team. Throughout the course of the show, the youngest, Jude, questioned his sexual and gender identity, and the main female protagonists, older sister to Jude, has a trans man love interest. The show's acting and writing is surprisingly great for a show of its kind, but the real draw is the representation. This is the kind of representation that is sorely needed, but rarely shown, and is a breath of fresh air.

"Wynonna Earp" tells the story of Wyatt Earp, the famous gunslinger's, heir Wynonna, who is tasked with killing all of the outlaws Wyatt killed. Only these outlaws -- revenants -- are undead, with supernatural powers to boot. Although the supernatural storyline and the cast of characters, including Doc Holiday, is worth the price of admission, the win for representation comes from the aptly named Nicole Haught and Wynonna’s little sister Waverly. Their romance is adorable, sexy and lighthearted -- usually not the representation that you get from queer romance on TV (which usually skews more tragic, unfortunately).

"How To Get Away With Murder" is a Shondaland soap in the vein of "Grey’s Anatomy." The show features murder mystery melded with legal drama, and it is delectably fun. Viola Davis is wonderful, as always, and plays a bisexual legal professor, Annalise. The show also features Oliver and Connor’s tumultuous relationship, which has one of the few representations of male queer sexuality on TV. Come for the murder, stay for the great queer representation!

What’s your favorite binge-worthy show with queer characters? Did I miss any good ones? Let me know in the comments below!

Glorie Martinez
143
Why I Write On Odyssey