A letter to three of my favorite writers who also killed off a lesbian character with a stray bullet. 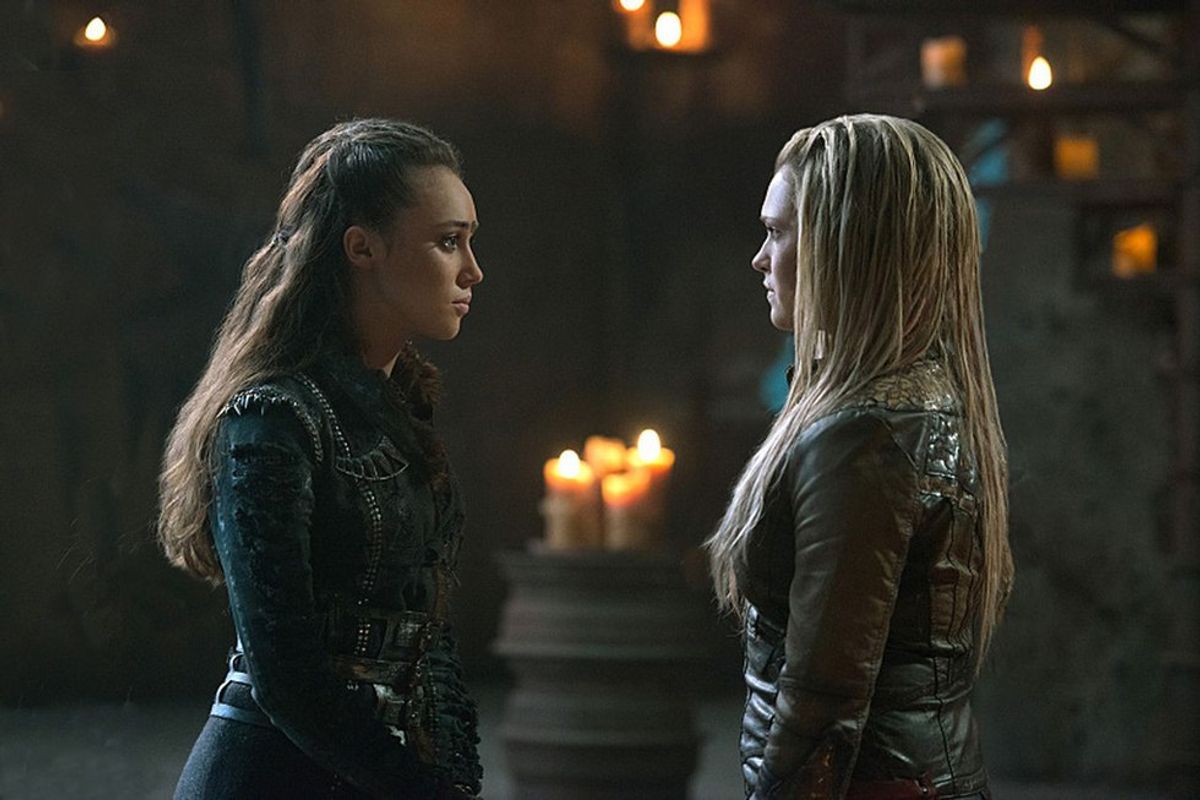 I am a big fan of your works. I say this with no sense of irony, sarcasm, or malice. I am the “stay-up-late-to-finish-this-season, watched-every-episode-three-times, and want-to-go-to-Comic-Con-and-ask-you-a-bunch-of-really-specific-and-obscure-questions kind of fan.

"The 100" is so good it’s almost shocking, with so much love put into the details like languages, costumes, sets, and performances. I wasn’t sure initially what to think of "Person of Interest," but was immediately and continually won over by the combination of seriously smart dialogue and critique, with entertaining fight sequences, and quirky, funny heartbreaking writing. I have watched "Buffy the Vampire Slayer," "Angel," and "Firefly" with awe, tears, and laughter -- I grew up with these shows, making my friends join me so we could make the way through seasons together.

As a gay young person, I struggled to construct an identity, a way to be happy in my skin. Your gay characters all gave me something, something that I could relate to, something I could aspire to be.

Shaw inspired me to be bada** -- no qualifiers, just bada**.

Tara made me want to be kinder.

Willow gave me permission to be powerful.

Root allowed me to be sexy, without it having to have anything to do with a guy.

And Lexa pushed me to speak up and be heard.

All of these women were beautiful, smart, savvy, and complicated.

Then half were shot by a bullet meant for someone else. The rest watched the love of their lives die, and tried to pick up the pieces.

I can only describe the feeling as a gut punch; a complete loss of breath when you see your worst fear come to life on screen. What was almost worse than the violence was the slow, pressing-down-on-a-bruise sensation as I watched the rest of the survivors try to move on.

I know in the back of my mind that some people will think, "it's just a TV show," "everyone dies, even gay people," or "there are real problems out there -- get over it." But with over 60 gay women dying on TV, it's a clear trend. Now, just because a lot of gay characters die doesn’t mean anything, except it does: "Just 11 percent have been allowed to have a happy ending that doesn't end in tragedy or death." Killing off gay characters is a historical reality: pulp novels and exploitation films cemented the idea that gay people don’t deserve a happy ending -- in fact books, could be banned if they did just that. But it’s not “just history.” The continual use of the “bury your gays” trope instills the belief that a "happy ending," a life without tragedy, is out of reach.

We want happy endings, and when I was in the closet, scared and alone, all I wanted was to see that happy endings exist, and they existed for people like me.

And I was disappointed, over and over again.

Queer youth is still a vulnerable population -- one that looks for role models and is constantly and consistently disappointed, either by stereotypical and tone-deaf portrayals, or by queer characters being brutalized, damaged and destroyed.

So, authors, I thank you for helping get these stories told -- stories of women who were more than an object of lust, a token, or a half-hearted push for diversity. I don’t want to minimize the importance of you all creating your characters, but your work doesn’t exist in a bubble. You help create the culture, make role models and change people’s lives and perceptions of queerness, and then you unravel it all by contributing to a culture that abuses, ridicules and kills us.

You can pretend, but I’m not going to accept it anymore, not from you and not from anyone. I am never going to be a big enough fan.

If you want my unsolicited advice, this is how you move forward: keep on writing and creating. Tell big stories with the best production, the best actors -- ones that will win all the awards, critical acclaim and high ratings. Hire a diverse staff of writers with a diverse set of experiences. Let your gay characters have happy endings.

If you don’t want to do that, I am sure there are others are willing to meet the challenge. I can leave you behind, and there are a lot of others who will do the same.