For political junkies or those who need a little election guidance 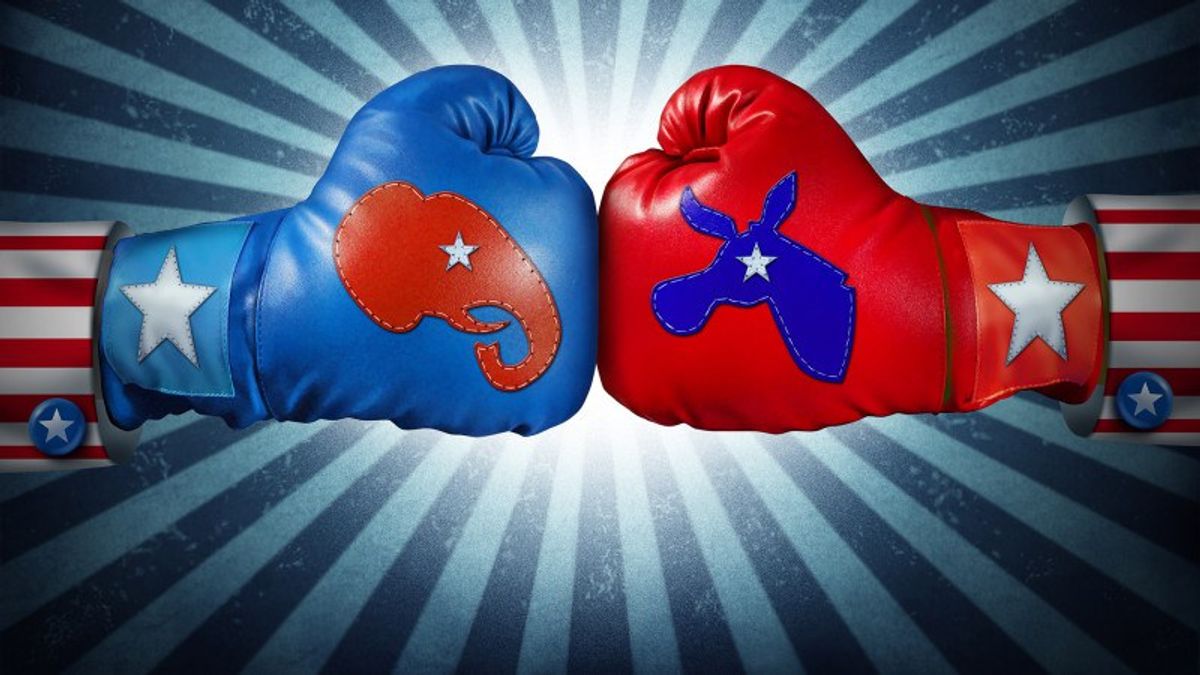 Now, as a young American I know that politics is hardly a hot topic most of the time. But with this election year in full swing, and representing maybe the most unconventional of all contemporary election cycles, I know a number of my fellow millennials have been pulled in from the fringe of political discussions into a slurry of current policy debates.

For those of you who are just getting interested in the complex web of elections I, a self-professed political junkie who keeps tabs on the political realm even in off years, have compiled five sites to guide you through this upcoming election. With these tools, you can keep tabs on your favorite candidates (or least favorite) and seem very on top of your political shit to your less politically-inclined friends.

For those of you who have yet to fully decide who will cinch your vote this coming November (or June for those of us in California who will be voting in the primaries this week!), this site is the perfect place to start. On ISideWith, you fill out a number of your policy preferences, either opting for a detailed or more succinct survey, and then you will be given your political and policy alignment with each of the candidates. While this site does not exactly "track" the election, it does provide sourced policy statements for each of the candidates on a wide array of issues, giving you an up-to-date view of candidates' policy stances.

RealClearPolitics' primary function is as a news source with opinion pieces, analytics, videos, etc. However, they also have an entire polling section, which includes approval ratings, candidate match-ups, delegate counts (and maps), and popular vote counts. Within this polling section, polls from a number of polling companies are aggregated into a list where you can look for general election polls and state primary polls all on one page. Their delegate counter gives a breakdown of state primaries, including the available delegates, whether the primary is open or closed, and the current delegate counts of all candidates. Basically, any poll you can think of is on this site somewhere!

But while RealClearPolitics might have every poll known to man entered in their system, their infographics of this information often leaves something to be desired. Here, enters FiveThirtyEight, statistician and writer Nate Silver's statistical analysis site, which uses stats to write pieces on a number of topics, including science, sports, pop culture, and of course, politics. Like RealClearPolitics, this site has a specific section dedicated to political polling, but instead of looking at a number of polls yourself in order to calculate potential standings in primary elections, this site aggregates the data for you into easy and useful charts on topics such as primary forecasts, delegate targets, endorsements, national polls, and Facebook maps:

Never before have I had so much fun checking out my political stats!

270toWin, like FiveThirtyEight, does a good job of presenting presidential polling information in an interactive and engaging way, but this site comes more in handy once the general election kicks off. Not only is there a countdown to the general election--and who doesn't love a good counter clock?--but also a number of maps predicting which way states will swing based on the polls.

They also include historical election maps and pundit predictions to show the way past elections have played out in terms of delegate allotments and state party affiliation, and the way this election could. The best part, though, is that the current map is interactive, so you can look at polling data on your own (on the aforementioned sites like RealClearPolitics and FiveThirtyEight) and then change states according to which way you think they will vote. Thus, showing you what state combinations are necessary for your favorite candidate to win!

And finally, there is the New York Times. While the Times is most known as a newspaper that is a reputable reporter on a number of topic areas, they write a vast amount of articles about the election. Simply going to the Politics section gives not only these articles but also stats and graphs about the election that include candidate fact checks, campaign contributions, etc. This makes the Times my first stop for political news, as it provides more than just polling, but the actual analytical writing of how such polls are playing out in the election's realities. However, I most recommend the Times for its live primary and general election results, as it gives readers current result numbers as they roll in, showing county voting, demographic splits, and how the same stats have played out in previous elections. So check them out this Tuesday as California, Montana, New Jersey, North Dakota, New Mexico, and South Dakota cast their primary votes.

Happy election cycle to you all and happy political tracking!

Glorie Martinez
5984
Why I Write On Odyssey