It's more than just Joe Biden! 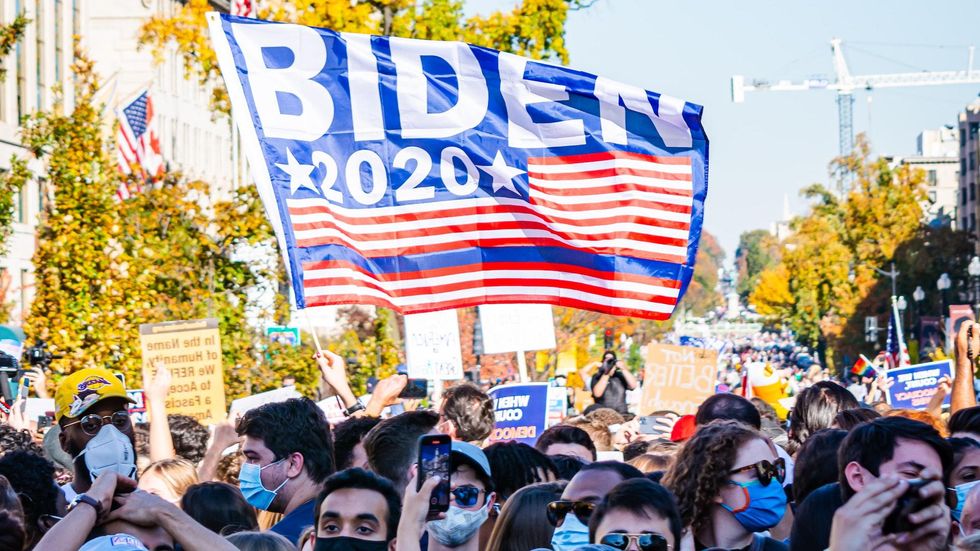 It's been a little less than a month since the November 3 election, and most of the dust seems to have settled. Between accusations of fraud from the Trump administration and delays in counting ballots, this election was undoubtedly stressful and tumultuous.

1. Joe Biden received more than 80 million votes, the most of any presidential candidate in American history.

This is huge for the simple fact that voter turnout has been low in recent years, but it's even more amazing because of his campaign. Due to COVID-19, most of his campaign trail was virtual, investing in advertisements and social media efforts to gain support. Some believed that this would harm his numbers in the election, but this proved to be far from accurate.

There's a reason Joe Biden received the most votes in US history and it wasn't an accident — voter turnout was significantly higher this year than it was in 2016. Although votes are still being counted in some states and races, the numbers have already exceeded many recent elections, currently sitting at about 68%. It's projected that this year will be the highest rate of voter turnout in 120 years (aka since the 1900 election). Just for reference, it was 59.2% in 2016. The reason for these numbers can be attributed to a number of factors, ranging from social media campaigning, youth presence, minority voters, and many more.

3. Kamala Harris was elected the first female Vice President of the United States

I talked about my excitement about this historical nomination in a previous article when Harris was first selected, but the fact that it's a reality now fills me with so much pride. I'm a firm advocate for women being present in politics because I think representation is crucial for policy and example. It serves as a sign to young girls everywhere that they have a place in our democracy, and to have a woman of color become the first female VP is even more astounding. Whether you like her policies or not, she has quite literally made history this year.

4. A number of Senators and Representatives also became "firsts" in their states and our country

While Kamala Harris is the most spoken about when it comes to "firsts," Congress and state legislatures saw a wave of newcomers and outsiders. Primarily, this election saw a "rainbow wave," a surge of LGBTQ+ candidates winning their races. Sarah McBride, for example, became the first openly transgender state senator. Ritchie Torrez (D-NY) and Mondaire Jones (D-NY) became the first gay, Black members of Congress. Racial minorities also saw a rise in victories. Marilyn Strickland became the first Korean American woman ever elected to Congress. New Mexico's elected congressional candidates were solely women of color. Cori Bush became the first Black congresswoman in Missouri and the list goes on. Only two years ago, AOC and the rest of "The Squad" were a fierce minority, but as more and more outsider candidates win their races, barriers continue to collapse.

5.Swing states went blue that have not done so in decades

Early on in the election season, reporters and political analysts identified key battleground states that would determine the outcome of this election. After Trump shocked the world in 2016 by winning several swing states by minuscule margins, everyone held their breath as they watched the votes pour in. I won't go into detail about each state, but the ones that shocked me most were Georgia and Arizona, which haven't been blue in almost 30 years. I can't speak for the Southwest, but as a progressive Southerner, I was proud to see Georgia flip.

6. Senate control is up for grabs

For the last two years, Democrats have controlled the House while Republicans have controlled the Senate. Although Democrats lost a number of seats in the House of Representatives, they still hold the majority of seats. In the Senate, however, 51 seats are needed to claim a majority. This control comes down to Georgia, who will be hosting two runoffs on January 5 which will determine control of the senate. The President has power, but Congress is a co-equal branch of government.

These are just a couple of examples of some pretty exciting and historic outcomes of the election, but there are so so many more that I encourage you to read. It's easy to get wrapped up in the presidential election, but Congressional and even local elections are just as important.

With that being said, I genuinely believe that Joe Biden and his administration (which is looking excellent right now) won this election fairly and deserve to be embraced by the American people. Whether or not people like the results, we need to accept the democratic process and respect its magnanimity.

The fate of this country depends on our unification, and I truly hope Joe Biden can do that.