39 Facts About Rape In America You Need To Know
Odyssey

39 Facts About Rape In America You Need To Know

Because It's Too Prevalent Not To Talk About 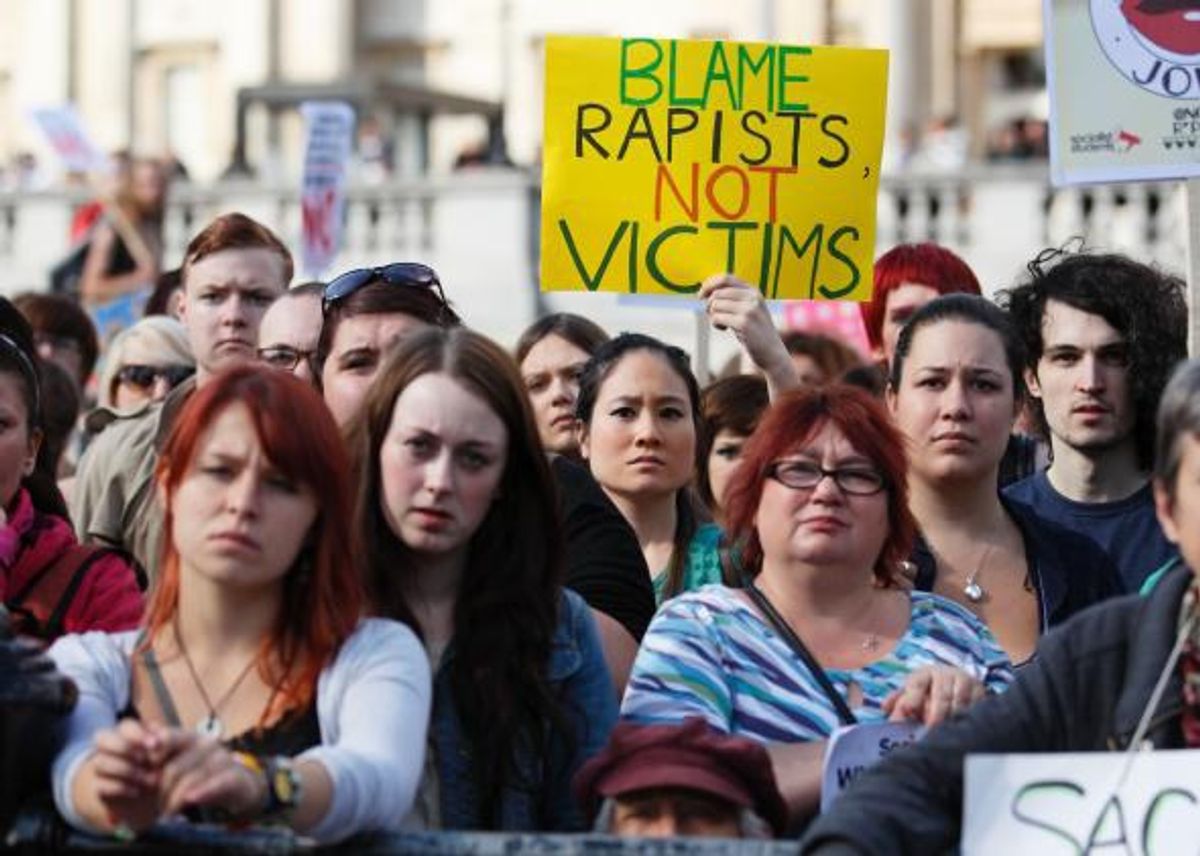 Rape. It's not something we like to talk about. With the recent outrage spawned by the Stanford University rape case, we have been forced to bring it up again, as uncomfortable as it may make us. Perhaps the most influential rape case of our time, it has sparked many conversations in the media and around the country about rape culture and white privilege. Although this specific case is maddening and horrific, rapes just like this one occur more often than you might think. So, now, here are 39 facts about rape in America that you need to hear. Let's get to talking.


According to the Center for Disease Control and Prevention:

1. Nearly 1 in 5 women (over 23 million) have experienced rape in their lifetime.

2. 1 in 71 men have experienced rape in their lifetime.

3. 13% of women and 6% of men have experienced sexual coercion in their lifetime.

8. For female rape victims, an estimated 99.0% had only male perpetrators.

10. 1.6% of non-Hispanic white men were raped during their lifetimes.

14. Most college victims are assaulted by someone they know.

15. 42% of college women who are raped tell no one about the assault.

16. It is estimated that only 5% of sexual assaults on college campuses are reported, making sexual assault the most under-reported crime.

17. 4 out of 5 rape victims subsequently suffer from chronic physical or psychological conditions.

18. 2 out of 5 rape survivors develop sexually transmitted diseases as a result of sexual assault.

19. Over a third of women who are raped as minors are also also raped as adults.

21. Rape survivors are 13 times more likely to attempt suicide than are people who have not been victims of a crime.

As reported by the US Department of Justice:

24. Only 16% of all rapes were reported to law enforcement.

26. Among college women, about 12% of rapes were reported to law enforcement.

28. Approximately 1.8 million adolescents in the United States have been the victims of sexual assault.

30. 1 in 25 youths received an online sexual solicitation in which the solicitor tried to make offline contact.

31. In more than one-quarter (27%) of incidents, solicitors asked youths for sexual photographs of themselves.

32. An estimated 60% of perpetrators of sexual abuse are known to the child but are not family members, e.g., family friends, babysitters, child care providers, neighbors.

33. About 30% of perpetrators of child sexual abuse are family members.

34. Only about 10% of perpetrators of child sexual abuse are strangers to the child.

35. An estimated 23% of reported cases of child sexual abuse are perpetrated by individuals under the age of 18.

36. There are 31 states that have no laws barring rapists from seeking custody or visitation rights, as reported by The Wire .

37. Marital rape is "semi-legal" in 8 states, according to The Daily Beast.

38. According to the Rape, Abuse, and Incest National Network, out of every 1000 rapes, 334 are reported to police, 63 reports lead to arrest, 13 cases are referred to prosecutors, 7 cases lead to a felony conviction, and only 6 rapists are incarcerated.

39. They also reported that an American is sexually assaulted every two minutes.

If you think the Stanford rape case is heinous: good for you. You should be outraged. But, we shouldn't forget that rape isn't something that happens once by a dumpster behind a frat party. It happens every single day.