30 Questions I Have For OU
Odyssey

30 Questions I Have For OU

After three long, long, looooooong years at the University of Oklahoma, I have officially become an OU "alumni" (diploma missing). 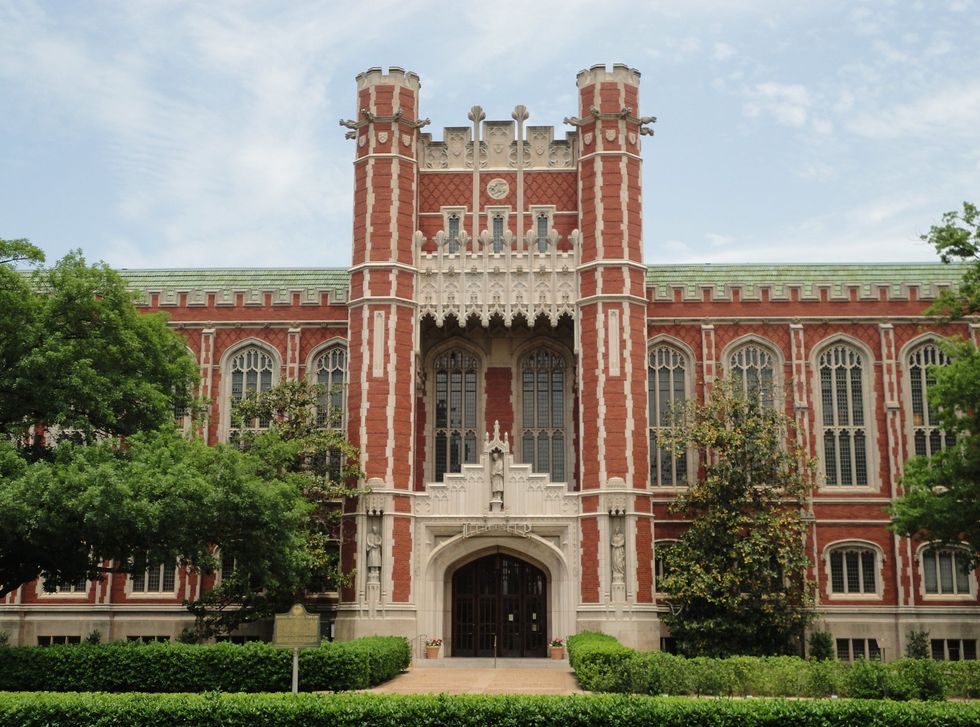 But honestly, due to the current circumstances and everything being online for the past two months after Spring Break, I feel that I don't feel I accomplished much, especially for my resume. Despite this, I DO have an open mind for this giant institution home to over 30,000 students. Here are 30 Q's for OU I would like A's to:


1. Why are permits so fucking expensive for commuters?

I'm basically buying a Nintendo Switch every Fall, that breaks every Spring.

2. Why is every day in the morning feel like the Hunger Games for parking?

When I was a freshman, Jenkins wasn't filled to the brim until 12:00 PM. Not to mention, commuters only get one level of parking, while the rest is reserved for people who don't even live here, and are always empty. What the hell.

3. Speaking of parking, why did you build parking lots near Reaves for the new housing units that really no one can use?

4. Why did we build new, expensive housing units that no one really lives in?

5.Why is Millennium's staff shit?

I've seen enough from the notes on the walls, the dirty footsteps marks on the walls, and the petty arguments at the front desk. Shame coming from a good-looking (expensive) apartment complex.

It's the only floor with shitty reception.

7. Why are IDs so expensive?

$20 bucks for a stupid card with a bad picture of my freshman acne is overpriced.

8. Why is our gym so outdated?

The bathrooms are always dirty, the blood pressure machine is broken, there's zero spa/sauna, and massages begin at $32.63.

9. Due to COVID-19 canceling everything under the sun, will OU ever ask Shangela Laquifa Wadley to come back to Norman? Can I get a Halleloo?

10. What's with the Bookmark not having the same menu and deals as Starbucks?

I mean, every cup has the Starbucks logo, so why can I use my Starbucks card?

11. Why does Dale Hall so old-fashioned?

I know you're renovating the place after eons, but still, what's with all the chalkboards, bad reception AND Wi-Fi, and especially that musty smell?

12. Do we really have that much of a shitty budget that we had to cut so much of the OU American Organ Institute (the only kind in the world), even though they raised $6.1 million?

Without telling the students currently enrolled in the university until the last minute? Rude.

13. What are the odds that someone actually gets a scholarship from CASH, especially with all these budget cuts?

14. How are we ever going to make up the money that we spent on "luxury" housing that no one ever moves into?

I'm asking a second time because obviously, we have no budget.

I mean, we don't have a fancy-ass business college for nothing. At this point, we can't even pay for flowers in the South Oval's lawn, as OSU does. Not to mention, it's going to get worse next semester because of COVID-19. Since last Fall, we have reduced spending by $50 million and were asked to cut $25 million this year. Two years ago, we spent $250 million on Cross (which now, we're being sued over for $750 million due to "broken promises") where it was only occupied by at least 34% this school year. And now, because of apartments that no one moves into, we lose around $7.1 million per year. Do the math.

If not, we're doomed as an educational institution, financially. If not, morally.

17. What's the point of discussion classes?

I mean, we are already taking the damn class. We don't want to take another hour of class, filled with people half-heartedly attempting to participate, just so they can get their daily grade they need to pass. For an entire hour, I saw a girl raise her hand once, then resume playing Tetris for the hour. I applaud you.

18. Why does OSU have a better campus than us?

They have a beautiful landscape, a close and knit-pick student community, and a budget. Then again…they are in the middle of nowhere, midst a hayfield. But then again…a budget. Can't argue with that.

19. Whose idea was it to put a Pinkberry at OU?

Give them a raise. Oh yeah, that's right, we have no budget.

20. Could we ever suspend standardized testing for entrance into the university, like the University of California?

Not for admissions, but solely for scholarships and course placements?

21. Is the omen about walking under the bell tower true?

Nope. I walked under the tower every day, flipped the bird, and graduated early (though technically, I still have two more years here for graduate school, I still graduated, so there, it still counts). Thank the lord for cold brew and Hulu.

22. Why do you overcharge for textbooks and shit?

And especially, why do we have classes that say we need said textbooks and shit, but never use them during a semester?

23. How will you handle incoming freshmen for the Fall?

24. Do evaluations do anything for teachers?

25. Will this new President be better than Gallogly?

He was more focused on cleaning up Boren's mess. Now there's a new one, and we need stronger administration more than ever.

26. You know blackface is bad right?

If so, how come we had three incidents in one year, and you did nothing but barely gave those involved a slap on the wrist.

27. Why do we still have a shitty Diversity Program for incoming freshman and transfer students, despite all of the racist incidents that still occurred after the fiasco that was SAE?

Just saying that racism is "bad," and we need to include everyone in one community isn't enough to educate students AND faculty, about diversity. This isn't some situation we can solve with Saturday-morning cartoons. Do you know how many times we've been on the front page of "racism" on Google? One too many.

28. What do black OU students even mean to you?

29. How will OU reopen campus for the Fall semester in the midst of COVID-19?

As the largest university, social distancing and facemasks are not going to be effective, in the midst of a public space filled with 30,000+ students five days a week. Especially in classrooms of 19 to 100. There's no way in hell I'm going to pay thousands of dollars for another Zoom session in the middle of the afternoon.

30. For a crimson university, why so puce?