3 Reasons I Love History And Why You Should Too
Odyssey

3 Reasons I Love History And Why You Should Too

It might be nerdy, but so are most things that are fascinating and worthwhile. 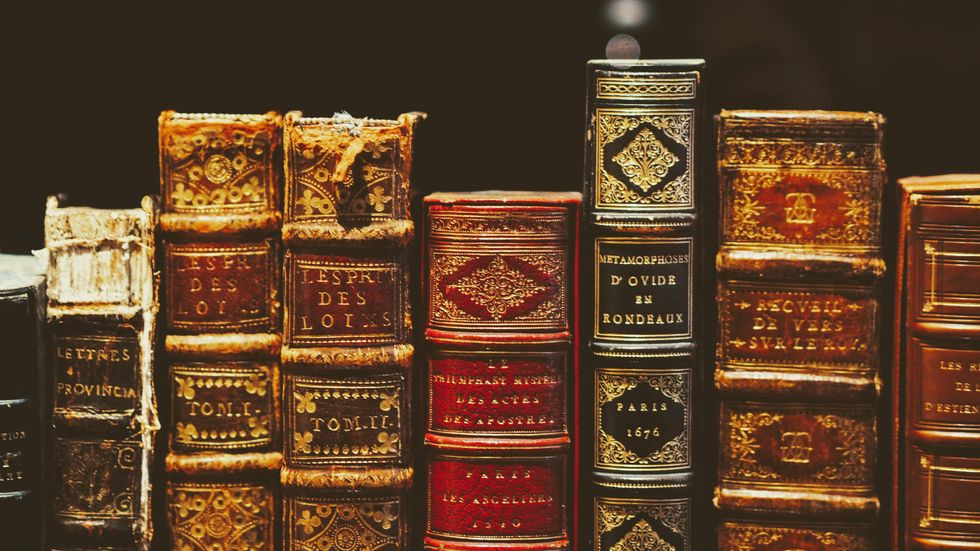 Photo by Natalia Y on Unsplash

When you were in high school, you definitely had to take your fair share of history courses, ranging from geography and economics to world and U.S. history. More than likely these subjects were taught as a seemingly endless procession of names and dates and places and events, leaving you to rightly ask how ANYONE could find this subject interesting.

The unfortunate truth is that by being taught that way, the education system did you a major disservice: history is so much more than just a list of things to memorize, and I'm here to tell you why history is your only ex who deserves a second chance.

1. History is the reason the world as you know it exists

While this statement may seem obvious when taken at face value, its implications are huge. The effects of historical events long ago reverberate in our society today, and only by learning about them can we hope to understand the vast, complex world we reside in.

Let's look at Henry VIII and the founding of the Anglican Church as an example. For those not in the know, King Henry VIII ruled England during the Protestant Reformation and famously founded an entirely new church, the Anglican Church (or the Church of England) with the monarch at its head just so he could divorce his wife.

While the Anglican Church still does have followers today, that's not its biggest effect.

You see, the Anglican Church broke free from both Catholic religious doctrines AND orthodox Protestantism across mainland Europe due to Henry's general dislike and distrust of his rivals on the continent.

What else has happened since the 1500s due to British distrust of continental Europeans?

And that's not the only instance; ever since Henry VIII, England and later, the United Kingdom, saw themselves as different from the continental Europeans and were much more isolationist in comparison to other Great Powers like France or Russia. In other words, Henry VIII's decisions informed policy for centuries and still affects us today.

Understanding where the sentiment behind Brexit comes from would be difficult without an understanding of the complex history behind it, and it is like that for SOOOO many other topics. History is vital to understanding our world.

2. History is the study of ideas and identities.

I'm sure that as young adults, we've all struggled to find meaning in our lives, asking ourselves what we want to do with our lives or, more broadly, what the point of being alive even is. History at its best is the study of ideas and identity, how different people think the world works and associate with one another.

Not all hope is lost though, as we are NOT the first people to ask these questions, and probably won't be the last either.

To properly understand history, you have to understand the ideas that underlie it, and a lot of those ideas can offer guidance and comfort to someone trying to find their own meaning. For example, understanding Descartes' philosophy is critical to understanding the scientific revolution and the beginning of European absolutism; comprehending Luther's arguments against Catholic doctrine are key to understanding the Enlightenment and revolutionary thought. These are just a few examples of the philosophers whose ideas underly history, forging new beliefs that people organize around to achieve true progress.

It is not only fascinating to study and understand these societal evolutions, but can also help you gain insights into who you are, what your purpose in life is, and how to attain a greater conception of yourself.

This understanding is desperately important in the increasingly interconnected yet marginalizing world we find ourselves in today. There is no better cure than the study of history.

3. History is an exercise in empathy.

As the saying goes, "you can't judge a person until you've walked a mile in their shoes". This holds true for history as well. If you, like I do, study and view history through the lens of ideas and identity, empathy is a crucial skill.

Many times I have encountered writings or arguments that I disagree with or may dislike, but have imagined what it would have been like for the audience of that piece to see its impact, power, and appeal; without being able to put myself in their place, I could never have understood why the idea took root.

For instance, I am not remotely right-leaning in my personal views. However, when learning about the rise of the Nazis, I had to understand what it must have been like to be a German citizen in the wake of the Great War.

When doing so, you can begin to see why desperate, starving people would turn to a leader who promised them jobs and food without caring about whatever else he might say; as President Roosevelt once said, "People who are hungry, who are out of a job are the stuff of which dictatorships are made". By no means am I defending Nazis or those who elected them, but understanding why anyone would vote for a Nazi is critical to understanding why they came to power so that such a tragedy could never happen again.

In short, if you want to build your empathy skills and discover more about what it means to be human, the study of history cannot steer you wrong. I first remember the first time I was able to put myself in the place of another person in history, and it truly opened my eyes.

I've left some links to the World War I era literature that first made me feel that way; don't worry it's short. Try it, and see if your viewpoint changes.