Hey, It Wasn't All Bad 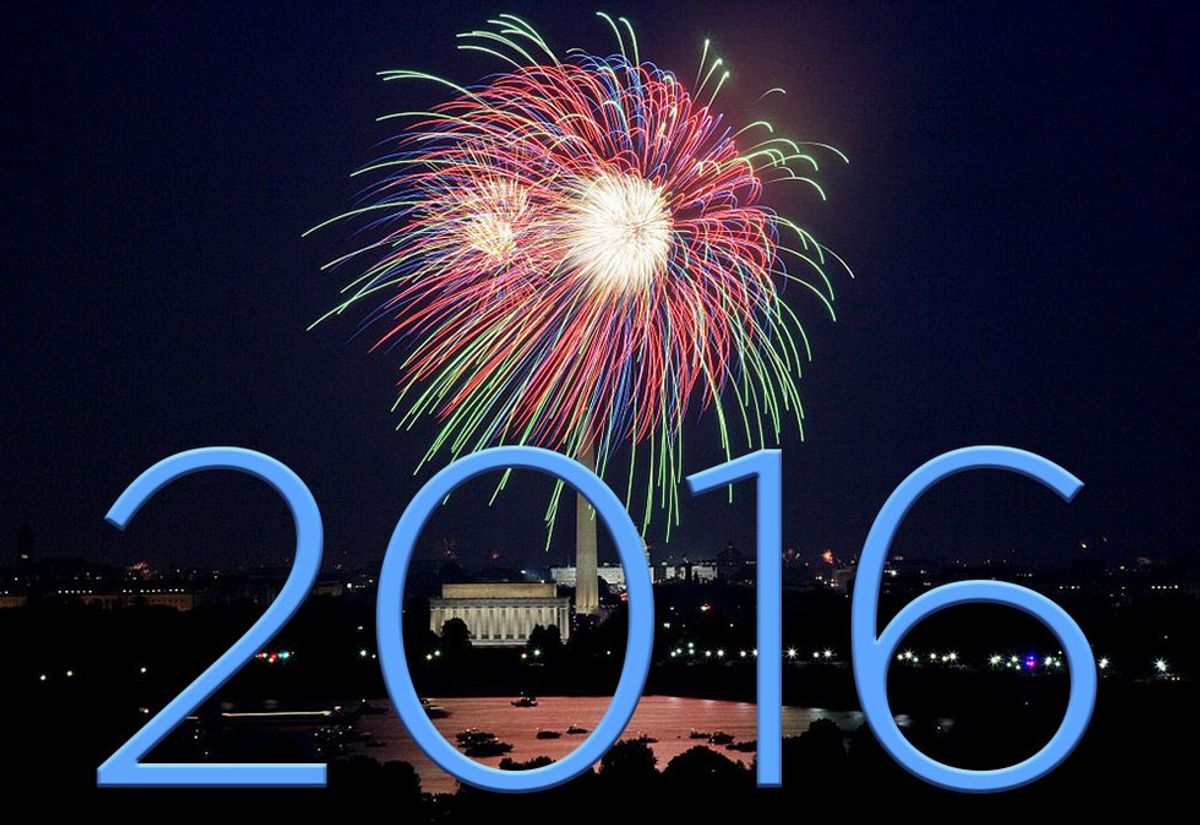 For a majority of us, 2016 will be forever known as the worst year of our lives. The entire year was marred by a string of celebrity deaths, an overlong presidential election cycle, and several other soul crushing factors that left us all completely drained and begging for the pain to just end. In the midst of all this tragedy, however, I'd be wrong to say that this year didn't have it's upsides. Some moments were down right joyous if I'm being completely honest. Hopefully, this list will encourage others to find their own bright side of the year. So here are 3 good things about 2016.

Back in February, one of the most violent, crude, distasteful, and downright repulsive movies was released. That movie was DeadPool, and it quickly became one of my favorite films of all time. From start to finish, this movie had me in tears. From amazing action scenes to the fourth wall breaking dark humor, it was everything that one could want in the Merc with a Mouth's first film adaptation. And with any luck, the second film will be just as good. But until its release, I'll be keeping the original in rotation.

Over the summer, my brother introduced me to the song “Roundabout” by the English rock band Yes. Now, if you haven't heard “Roundabout”, then I suggest that you stop reading right know, look the song up online, and get back to me. It is a rather long song, about eight minutes and thirty-six seconds, but just give it to the forty-five second mark and you'll see that the rest of the song is worth a listen. Also, when listening to the song, take into consideration that it was released in 1971. This song is twice my age, and yet I can't help but sing along every single time it plays. If you ever need a pick me up after a stressful day, I suggest this song played on the highest volume.

If you're a gamer like me, then you know that 2016 was a pretty good year for video-games. The rebooted Doom, Uncharted 4, Deus Ex: Mankind Divided, King of Fighters 14, Fire Emblem Fates, Gears of War 4, and a slew of other games have been released this year. Granted, not all of them were great (I'm looking at you Street Fighter 5. But since you're still adding content, I'll give you a slight pass), but a majority of the games have been excellent. I would mention the games that have come out recently such as Final Fantasy 15 and Dishonored 2, but those games released during the late unpleasantness of November (I talked about it in “The Pointless Article” if you want to know what happened). And since I'm currently sans a mainstream gaming console, the most I can do is look at all this great games and cry softly. But other than that, it's been a good year for gamers.

And those are a few good things I found within 2016. There isn't much, but it's better than nothing. Hopefully, 2017 will yield more joys than its predecessor.

Until then, happy holidays and thanks for reading.