26 Signs You Were A Total 2000's Kid
Odyssey
CurrentlySwoonLifestyleHealth & WellnessStudent LifeContent InspirationEntertainmentPolitics and ActivismSportsAdulting
About usAdvertiseTermsPrivacyDMCAContact us
® 2023 ODYSSEY
Welcome back
Sign in to comment to your favorite stories, participate in your community and interact with your friends
or
LOG IN WITH FACEBOOK
No account? Create one
Start writing a post
Student Life

This was what dreams were made of. 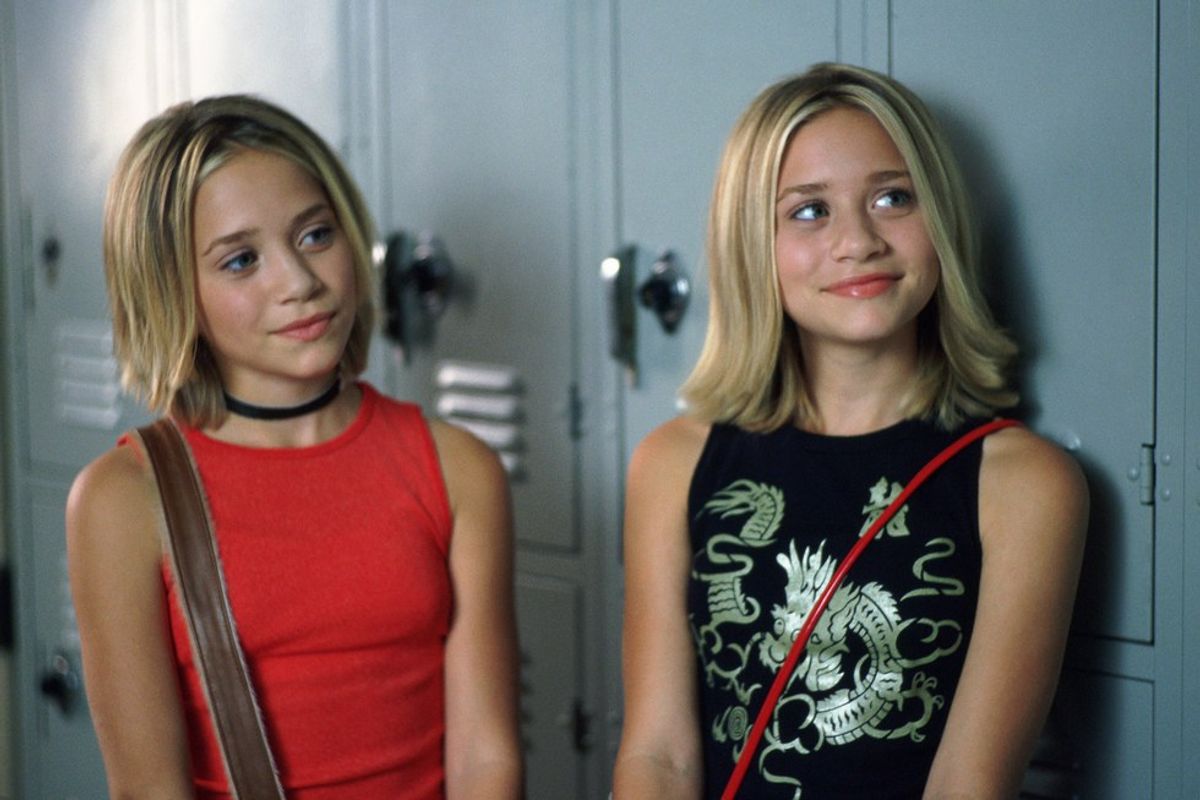 If you were in elementary or middle school anytime between 2000-2009, you probably consider yourself a 2000’s kid. Everyone (or 2000’s kids at least) knows that the 2000’s were probably the best time to be alive. Music, movies, and television were unbeatable. The world seemed to be booming with new inventions. We had access to technology, but it was not yet so developed that we spent all of our time on social media. If you were a 2000’s kid (or in my case, are still obsessed with the 2000's, even as a 20-year-old #noshame), you probably identified with several of these memories:

1. You listened to the best music ever

Well, that is a subjective statement...but in the language of a 2000’s kid “the best music ever” refers to Britney Spears, Destiny’s Child, Avril Lavigne, *NSYNC, Fall Out Boy, Kelly Clarkson, and other gems. Okay, so maybe it is not the best music ever, but no one can deny that the 2000’s were a prime time for several genres of music—how many decades fully encompass rap, pop punk, alternative, pop, and other genres? Do not lie to me and tell me that you do not still sing along to “Hey Ya!” and “Hollaback Girl.”

2. And you listened to it on one of these:

An iPod! Remember those? Like an iPhone, but it does not actually have a phone feature—you know, that thing that you had to plug into the computer if you wanted to buy songs from iTunes? Yeah, those things…

3. Oh, and you probably owned and burned several CD’s

Actually though, do CD’s even exist anymore? In the early 2000’s (and before), CD’s were basically the only way to listen to music. Once iPods came around, they were mostly used for the purpose of transferring music onto the machines. Now pretty much every song in existence is on iTunes, so what is the point of buying them?

Yeah, a lot of their music was pretty cringe-worthy…but, I do have to give them a lot of credit for actually introducing kids to a lot of the great music of the decade (let’s be real, a seven-year-old probably would not have discovered Linkin Park on their own). Also, if you look back, old Kidz Bop was really not that bad compared to how it is now—for heaven’s sake, it is not even “kidz” singing anymore, it is auto-tuned adults!

5. You watched the best TV shows ever

Also a subjective statement, but again totally true according to 2000’s kids. Shows like "Hannah Montana," "Lizzie McGuire," and "Drake and Josh" actually made you excited for teenage-hood. It is too bad that once we actually hit our teens those shows were not even on anymore. I can non-subjectively say with confidence that we actually did have the best cartoons ever. The kid's shows of today just do not compare to "Rugrats," "Dragon Tales," "Kim Possible," the old "Spongebob Squarepants," or any of the shows on Playhouse Disney (NOT Disney Junior).

6. And you watched the best movies ever

Beyond the fact that we had "Mean Girls" and basically the best chick flicks and family movies in existence, we grew up just after the golden age of Disney, and in the midst of Pixar’s golden age. Children of today do not know what they are missing. When I am with kids and I mention Disney, they will usually say something like “Oh, Disney! Like Lemonade Mouth?” and then I start to cry.

Once upon a time Lindsay Lohan was, believe it or not, not a crazy troublemaker. How could we forget her star-worthy performances in "The Parent Trap," "Life Size," and of course, "Mean Girls?!"

What the heck happened?

9. You owned a flip phone

10. You had a crush on Zac Efron, Jesse McCartney, The Jonas Brothers, Pete Wentz, or some other cute celebrity boy (or girl)

You probably had dozens of posters of them all over your room and inside your middle school locker. You probably got those posters from all the tween magazines you read.

11. Virtual pets were a big thing

You were very serious about taking care of them.

12. You shopped at Limited Too or Justice

13. And when you went to middle school, you wore Abercrombie

14. Converse and UGGs were the shoes to own

15. You competed with your friends to see who could own the most of these things:

Yeah, it was kind of weird to eat crackers and cheese for lunch, but come on, it was in a box. How could you beat that?

17. You played with either a GameBoy or a Nintendo DS

Before iPhones, there were these machines just for playing games on. Who ever thought of such a thing?

18. You played with Bratz and Polly Pockets and claimed they were way cooler than Barbies

Crocs are now the most cringe-worthy shoes ever, but your feet lived in them back in the day.

20. Cameras on phones were not a thing yet, so you made sure to bring one of these to all your school dances:

I never actually did, but basically everyone I know did and seemed to think Facebook was a nerdy website for older people.

23. Your #relationshipgoals were Zanessa, Wentzlee, or Hilary Duff and Aaron Carter

But #relationshipgoals was not a thing because hashtags were not a thing.

24. You had the cutest school supplies

Just look at this delectable display of joy—did we even use them? Probably not because it looked too perfect.

Because let’s face it—they missed out on the best years ever. They will never know what they missed.