He did it all for her. 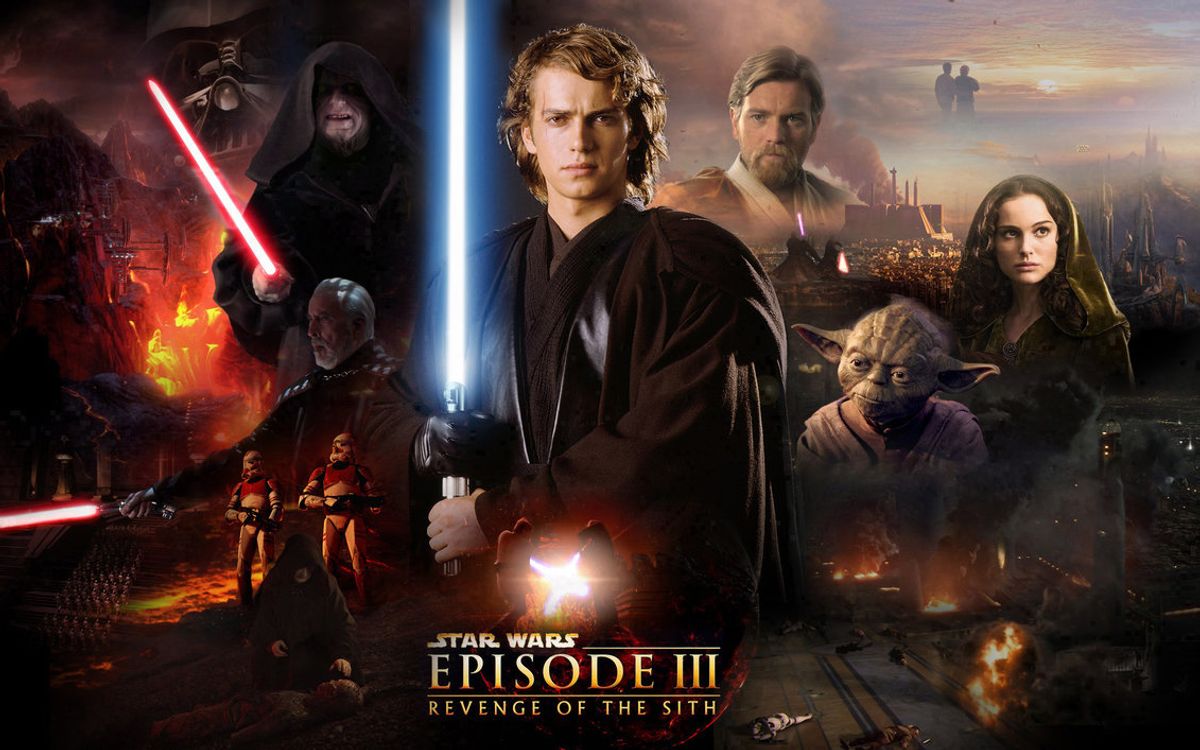 Alright so listen- there is no room for hate towards any of the other Star Wars movies. Because the original trilogy is legendary. And you have to appreciate the background information presented in the Phantom Menace because it's crafted so carefully. And honestly, the final battle scene in Attack of the Clones is so FANTASTIC that I had a poster of it in my bedroom growing up. Also can we take a second to talk about the new ones? Because Rogue One, The Force Awakens and The Last Jedi LITERALLY kept me on the edge of my seat.

But my all time favorite Star Wars movie will always be Episode III: Revenge of the Sith. And here's why:

1. The inner conflict is unreal from the very beginning.

Admit it- everyone wanted Count Dooku to die. But it's not the Jedi way and Anakin knew he shouldn't. He did it anyway. UGH.

2. The risky side comments.

The humor in this movie gets me every time because they could literally die at any moment and they don't even care.

His character either brings comic relief or total domination to every situation. There is no in between.

4. The tragic love story between Anakin and Padmé.

Forbidden love. Pregnant with twins. I just love them together.

Anakin's nightmares that foreshadow Padmé's death really were too much to bear after the loss of his mother, so can we really blame him for wanting to protect the love of his life? But like she says, "he's going down a path she can't follow", and this will ultimately be the end of them.

6. This terrible, manipulative, awful Sith Lord who I hate (if you can't tell).

I blame the Chancellor for everything. Literally all his fault.

A badass Jedi with a badass purple light saber. He didn't deserve to DIE.

8. When the master and padawan actually work together.

They were such a good team. Dynamic duo right there.

A little green fireball of fury and force. (P.S. this is one of my dad's favorite scenes).

11. And he knows everything.

ANAKIN SHOULD HAVE LISTENED.

The most faithful droid anyone could ask for.

Don't even know what this thing is called but it gets Obi Wan to where he needs to be so it's AWESOME.

We all know it's over when we see this look in his eyes.

15. When Padmé tries to reach him one last time.

It's too late. He's already turned to the dark side. But I love her for trying.

16. You know your heart drops after the execution of Order 66.

Whose great idea was it to order the Clone Troopers to turn against their Jedi leaders? OH I KNOW, CHANCELLOR-I-HATE-YOU-PALPATINE.

17. The moment right before it all goes to hell.

You all know what's coming.

My heart really goes out to Obi Wan. He truly saw the rise and fall of Anakin Skywalker.

20. Padmé cares about him until the very end.

Even after he practically chokes her to death (which I hate him for doing but it's all so conflicting since he did all of this FOR HER).

21. And the only thing worse than losing her forever...

Her pregnancy, her broken heart, her tragic death. Still not over it.

22. Is watching him lose her forever.

BECAUSE HE DID IT ALL FOR HER.

23. Even though Anakin was gone the second Darth Vader was born, I'll always remember him just like this.

Shoutout to my dad for introducing me to one of my favorite movie series of all time. Between the insane graphics, the badass characters, the awesome plot, and the forbidden love story, Revenge of the Sith will always be the best.