22-Year-Old CF Patient Owns His Health With Exercise
Odyssey
CurrentlySwoonLifestyleHealth & WellnessStudent LifeContent InspirationEntertainmentPolitics and ActivismSportsAdulting
About usAdvertiseTermsPrivacyDMCAContact us
® 2023 ODYSSEY
Welcome back
Sign in to comment to your favorite stories, participate in your community and interact with your friends
or
LOG IN WITH FACEBOOK
No account? Create one
Start writing a post
Health and Wellness

Jacob Qualls found solace in lifting and is now fighting CF and building a career through exercise. 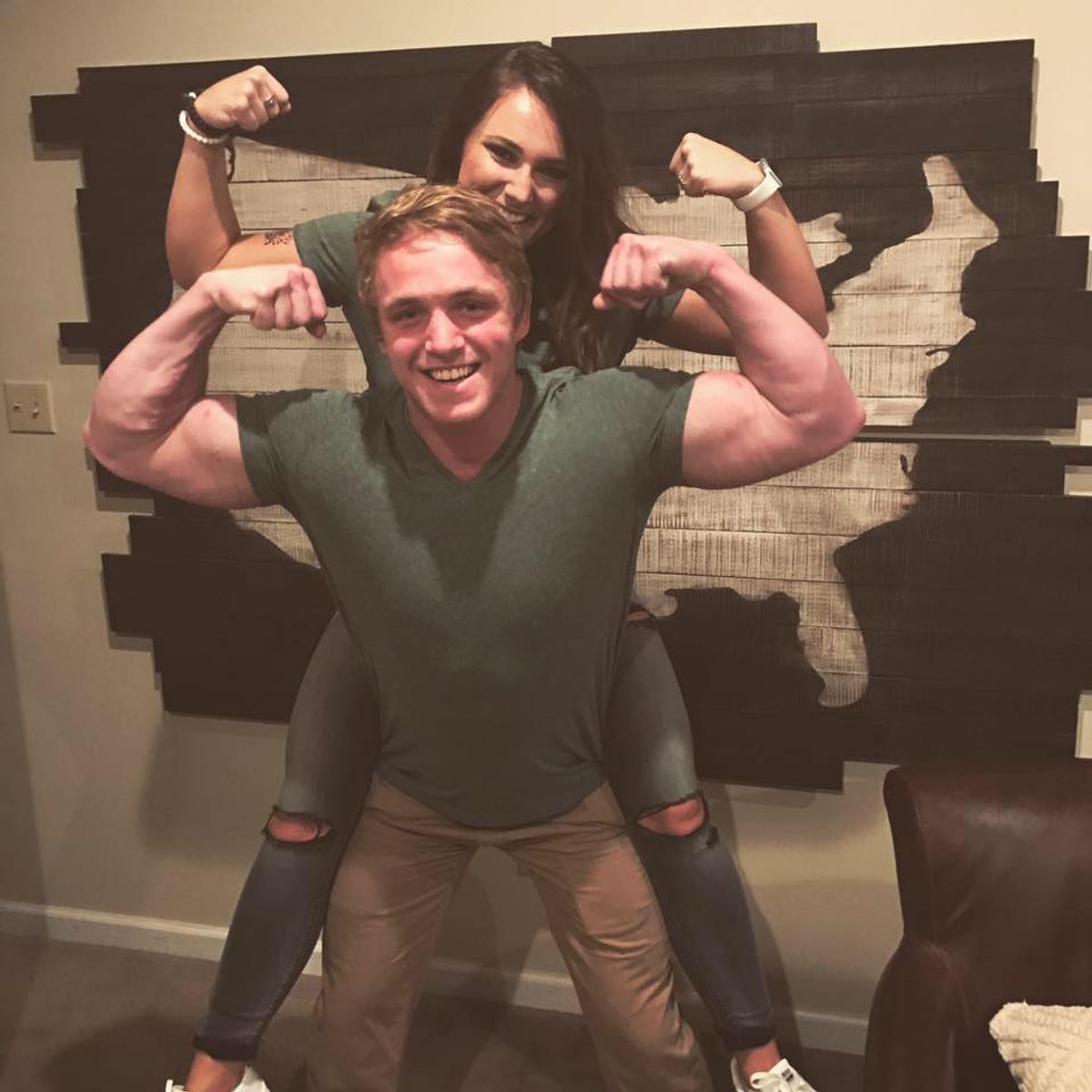 “Two steps back and three steps forward,” said Jacob Qualls, a 22-year-old CFer who uses exercise both in his personal life and career to propel himself and others forward on the road to good health, when I asked him about how he motivates himself to fight cystic fibrosis.

Jacob currently resides in Springfield, Missouri, where he is developing his career as a personal trainer and working towards following his dream of becoming a professional body builder.

For years, Jacob kept his CF in the dark and pretended to the best of his ability that he was “normal.”

Like most CFers, he maintained a fairly clean bill of health into his teens, when he started needing annual hospitalizations. Even then, he remained active through athletics as a member of his school’s football and track team.

During his freshman year of college, though, the reality of cystic fibrosis really set in for Jacob.

He joined a fraternity, began to drink and party a lot, and went through a phase of recklessness.

Right around that time, Jacob’s family was experiencing financial difficulties, which led to a period of time when he was without health insurance. Jacob says he recalls feeling hopeless and channeled those emotions to further develop his bad habits.

In a span of just four months, Jacob’s lung function decreased from 85 percent to 50 percent, he developed CF-related diabetes, and he lost almost 40 pounds. At one point, he even experienced a seizure.

His situation and health concerns were intensifying. The moment Jacob had access to health care again, he rushed to the emergency room.

“I’ve gotta do something or I could die,” said Jacob, as he recalled looking in the mirror and seeing the damage untreated CF was doing to his body.

Immediately after the hospital stay that followed his emergency department visit, Jacob joined his local gym and found solace in the effects working out seemed to have on his body.

Jacob was able to regain his weight within six months and return to his baseline lung function of 85 percent.

Presently, he continues to maintain his health and attributes such stability to exercising at the gym six days per week. He also finds inspiration from Benjamin Mudge, an Irish bodybuilder with CF.

Now, having difficulty with insurance once more, he jokes that the gym has served as a great substitute for treatment (though we do not recommend choosing exercise over treatments!)

Seeing the wonders that working out did for him, Jacob set out to become a personal trainer and has obtained certification to do so. He has worked as a trainer at three different gyms and currently teaches group sessions at 9Round Gym.

“Three years ago, I never knew I’d be lifting to stay alive,” he said. “And it turned into my career.”

Now that Jacob is more comfortable in his own skin, he has begun reaching out to the CF community to share his experience with others.

He has even begun virtually training other CF patients, sending them exercise and nutrition plans on a pro bono basis.

Jacob tells me that he is proud of his story and what he has to offer the CF community. He is hoping to use his personal experience and journey with exercise and bodybuilding to inspire others and eventually become a motivational speaker.

“I’m super excited, and this could be a starting point for me,” he said.

When I asked Jacob where he’d like to be in the next five years, he told me he’d like to finish the degree that he had to put a halt on when his health took a turn for the worst. He also says he’d like to fulfill his dream of becoming a professional bodybuilder, pursue motivational speaking, and start his own business in exercise and training.

Jacob – your story especially hit home with me, because I, too, have developed a love for exercise and am a true believer in the positive effects it has on the body and mind, especially for people with cystic fibrosis. I look forward to seeing you continue to inspire and improve the lives of others through your story and fitness plans. Thank you for all you do in the CF community.

Jacob’s mantra, “two steps back, three steps forward,” can be used with regard to CF, to exercise, and to all aspects of life! Jacob wanted the CF community to know that your experience with CF can and will get better if you are willing to work at it, and exercise is a great place to start.

Nicole Marie Nigro
Individual Creator
8393
c1.staticflickr.com
Where to start...... Let me start with the cliche that life throws us curveballs and what we do with it is what counts.