A 21st Century Hipster Takeover: Where Do We Go From Here?

A 21st Century Hipster Takeover: Where Do We Go From Here?

"Welcome to the home of the elite, is it organic?" 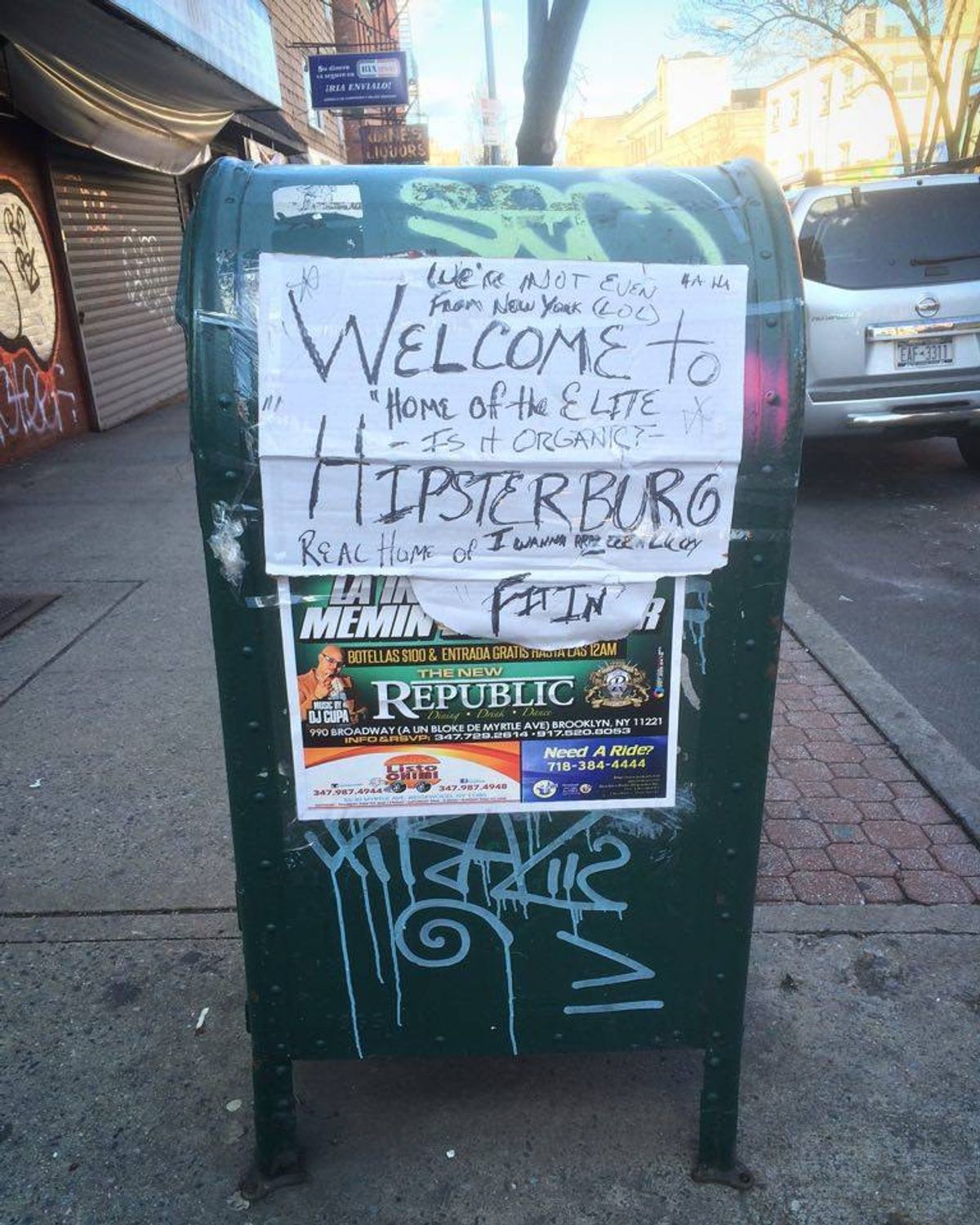 Living in New York City has made me privy to the plight of a recent species now commonly referred to as “hipsters.” This city has become a blur of obscure coffee shops, man buns, cyclists, Doc Martens, and of course, let’s not forget gentrification. It is easy to jeer at those with crazy-colored hair and “vintage” clothing as they walk out of a Whole Foods, but I realize that being anti-hipster is essentially the same as being hipster.

What exactly is a hipster, you ask? The truthful answer is that at this point, I’m not really sure anymore. For every hipster, there is now someone who claims to be “anti-hipster.” Every time a girl with a flower crown orders a flat white, another guy insists that he lived in DUMBO and had a man bun “way before it was cool.” For every purchase made at an American Apparel or Trader Joe’s, there is someone claiming they smoke American Spirits because they “actually like them.” Renouncing hipsters and claiming to exist on the outskirts of society is, in essence, only creating a new brand of counter-culture. If most people nowadays are hipsters, and hipsters claim to be against all things mainstream, then those who are anti-hipster are technically against the mainstream. Do you see where I’m going here? We’ve made a full circle.

The point is, that we are unknowingly creating a new mutation. The only reasonable way I see this ending is with a split city and apocalyptic war. If this is the price I have to pay to not feel a cringe-worthy sense of guilt when saying “I think that ____’s older albums were better,” then so be it.

So, am I a hipster? Absolutely not, I’d say as I browse thrift shops and take a picture of the landscape with my iPhone. Where I fall on the hipster scale, though, is unrelated to the fact that I find all those who are, whether choosing to be or not, a truly fascinating breed. It is amusing to see "anti-hipsters" hang up signs with ironic phrases such as "welcome to 'hipster-burg, home of the elite," and "we're not even from New York, but is it organic?"

“The hipsters are in rare form today,” I say to my best friend as we walk through the streets of north Brooklyn. We’d just spent the day observing some hipsters in their natural habitat. Two coffee shops, six antique stores, and a shit-load of young adults carrying gardening supplies later, and I can say that it was completely worth it.

To be clear, I am not an anti-hipster; in the debate between anti-hipsters and hipsters my actions lead me to believe that my loyalties lie with the latter. There are some parts of me that I consider to be “hipster,” and I think that in some ways everyone has a little hipster in them. Whether you are the one jeering at those with exaggerated facial hair buying organic food, or you are the one with exaggerated facial hair buying organic food.