21 Signs That You're Chronically Running Late

Maybe someday you'll be on time...if you're lucky. 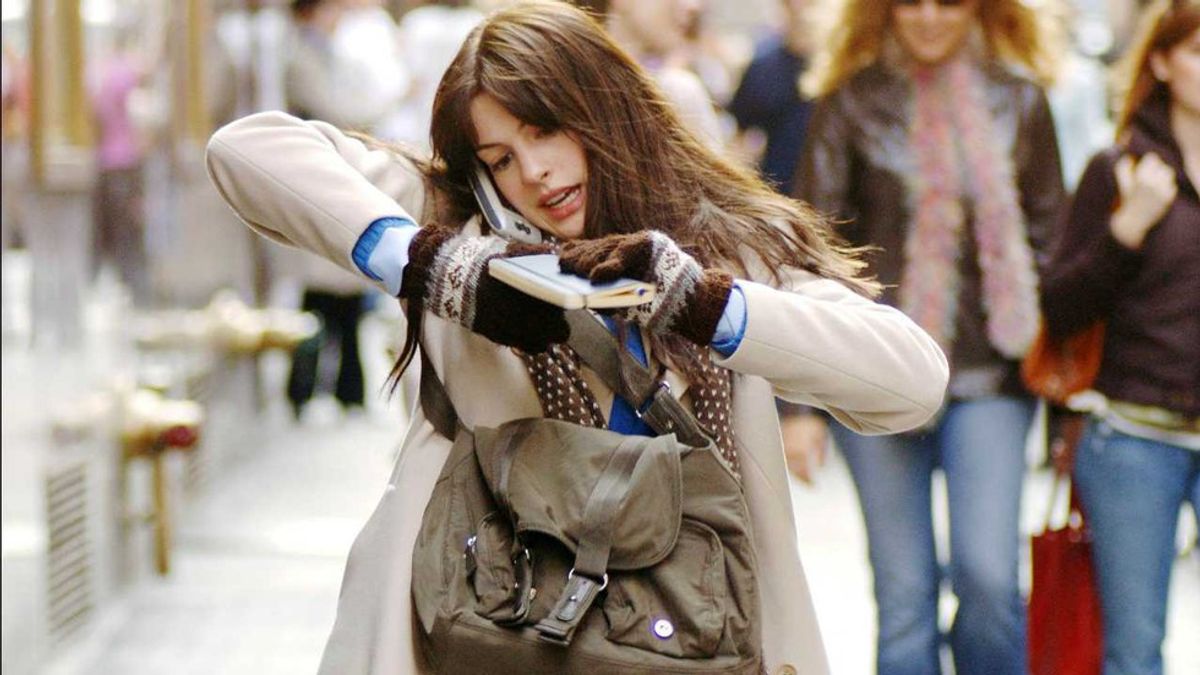 You try your best, but are always running in 5 minutes late. You know it, your friends know it, and even your professors know it. If you're lucky, maybe you'll make it to your wedding on time. In the meantime, here are 21 things that happen when you're inevitably, shamelessly, and chronically running late.

1. Arriving before everyone else gives you anxiety.

What do you even do? Just sit there waiting around for other people to show up? Sounds like a waste of time to me.

2. People are overly proud of you when you show up when you say you're going to show up.

But not as proud as you are of yourself.

3. You've walked into a room and had people sarcastically clap because you finally made it.

But you weren't even mad about it.

4. Your friends know to tell you that things are starting at an earlier time than they actually are, so you'll arrive on time.

5. It's a shame, but you've already caught on to your friends tactics.

What if you actually do show up at the time they tell you and they're lying and they're not actually coming for another hour? Better be two hours late, just in case.

I'm sorry, what? That's not how that works. Why wouldn't you just tell people to get there earlier?

7. Your life motto is, "A queen is never late. Everyone else is simply early."

And you've actually told someone that after arriving late to an event.

8. You've used every excuse in the book.

But it really just boils down to who you are as a person.

9. Something unexpected always seems to happen when you're finally about to be on time.

Which, of course, inevitably makes you late.

10. You can kind-of sort-of make it on time to really important events.

Job interviews, weddings, and funerals are about the extent of it...and you're still not early enough to be considered "on time" by your family.

11. You always think you can do a whole bunch of things in a really short amount of time.

"Well, I have an 8:00 a.m. final, so if I wake up at 7:40, I'll have time to shower, make a three-course breakfast, vacuum my bedroom, go grocery shopping, walk to class, and memorize everything from the semester."

12. You know people who are chronically stressed struggle with their health.

Trying to be on time seems pretty stressful, so really, you're just being a healthier human being.

13. You've told someone you're "on your way," when you're really still laying in bed.

Because you're confident you can make up tons of lost time en route.

14. Contrary to the popular belief, you're not trying to be late.

If you could be on time to everything, you would be.

15. People get used to your tardiness pretty quickly.

At first they just thought it was an accident, the next 14 times they thought you were being rude, and after that they just accepted that this would become part of their lives.

16. You don't understand urgency when something is still seemingly so far in the future.

It must be so stressful to be Type A.

17. You simply don't get frazzled anymore about being late.

Cool, calm, collected...even though your class started 15 minutes ago and you're still in bed.

18. You have the mentality that despite the fact that your meeting starts in one minute and you're 20 minutes away, at least you still have that one minute left.

They're not waiting for you, yet.

19. You've had people place actual bets on the time of your arrival.

20. You're convinced that you need to move to the Bahamas so you can live on "island time".

21. You're reading this when you should really be heading to something important that you're probably already late for.

Maybe someday you'll be on time!