21 Savage and ISIS: What They Have in Common and Why it Matters
Odyssey

It's time that we began to look at systems of oppression on a global level! 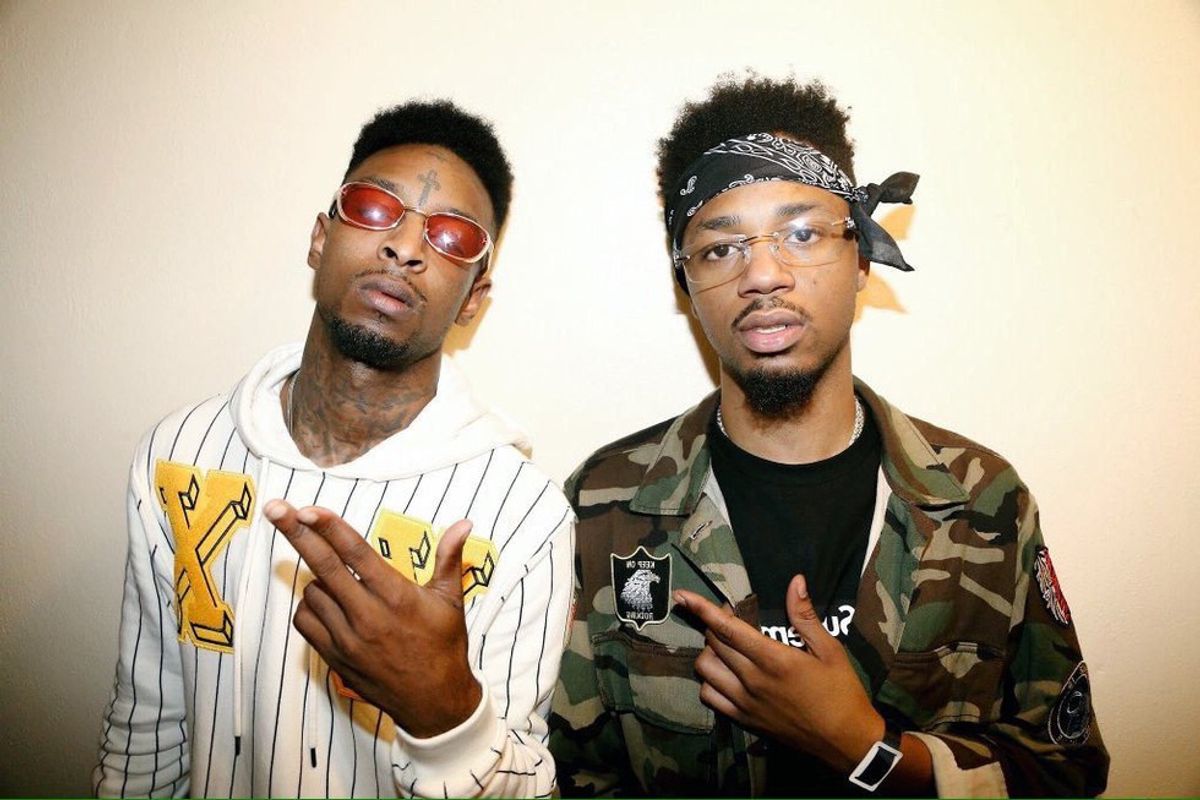 As a disclaimer, before we begin, 21 Savage and his affiliates are artists and definitively not terrorists. ISIS are a terrorist organization that have ended the lives of thousands across the globe and ultimately must be eliminated.

On July 15th, 2016 an Atlanta rapper released an album named “Savage Mode.” The album was immediately praised as a real and true testament to the ability of a man to be self aware of what society has made him and be true to that person regardless of the consequences. This rapper’s name is Shayaa Joseph, but goes professionally by 21 Savage.

When Joseph was in 7th grade he was expelled for bringing a gun to school. Later in his life he spoke about his experiences in the streets and partaking in robbery, and as recently as the year 2013, being shot six times along with losing his best friend. These vague details are more or less the extent of public knowledge on this man’s story. However, this is more than enough to know that 21 Savage’s vulgar and explicit lyrics are real experiences and stories of a difficult life. In his song No Heart he raps, “Seventh grade I got caught with a pistol, sent me to Pantherville/Eighth grade started playin’ football, then I was like fuck the field/Ninth grade I was knocking niggas out, nigga like Holyfield/ Fast forward nigga, 2016 and I’m screaming fuck a deal”. Ultimately, being raised in the streets is why 21 Savage is who he is today. In the world of 21 Savage, being an honorable and loyal member of an extremely exclusive society comes even before their own lives. A similar code of honor is followed on the other side of the world.

In January 2016, IB Times released an article that articulated the troubling story of Mohammed Abdul Kareem a recruit and eventual member of the world’s largest terrorist organization: ISIS or the Islamic State. When asked why he joined, he stated “I went to school, but my family couldn’t pay for [my food], so I quit school to be able to work to help them… I wanted to do anything else other than being a [casual] labor worker. I was very tired of that job.” Kareem’s story is not uncommon in any way, shape or form, in fact Mia Bloom, a Georgia State University Professor said that “for them, it’s an economic decision, a decision of life or death”. The article made it inherently clear that there is a causal link between the local Iraqi and Syrian members of ISIS and their socio-economic state. Being poor, desperate and without work incentivizes Iraqi and Syria locals to search for a ‘better life’ and community in ISIS.

Both Savage and Kareem share a parallel of oppression that led to dangerous and ultimately anti-western sentiments. Neither of them chose their condition of life but responded to it by looking to survive and establish a strong and unshakable sense of community. These two stories take place on opposite sides of the planet and in entirely different contexts leading us to a central conclusion that their environment was the vehicle to a destructive destination. If society had not let Savage, Kareem and thousands of others fall through the cracks of opportunity then many lives would be saved today.

I conclude that the solution to gang violence and rampant terrorist activity can not be found in drones, troops or government sanctioned wars on drug ridden or poor communities. But instead through an overwhelming, persistent and indefatigable display of love and equal access to ALL of the resources in our global society. Until we do, gangs will continue to develop despite our greatest efforts. Just like in Chicago when they so arrogantly displaced entire communities of people to separate gangs to no avail. Terrorist organizations will reappear like weeds. Just as after the invasion of Afghanistan against Al Qaeda, ISIS appeared. Violence will never not breed violence. However, a legitimate effort to physically manifest agape love is a far greater political force than any amount of weaponry. This isn’t the musings of an idealist but instead the conclusion of a 19-year-old man searching for the truth of what is right.

Caitlin Marie Grimes
University of South Florida
10806
Beyond The States