The Major Issues In The 2020 Democratic Primary

The Major Issues In The 2020 Democratic Primary

There are 22 candidates officially running at the moment, here are their most well-known positions. 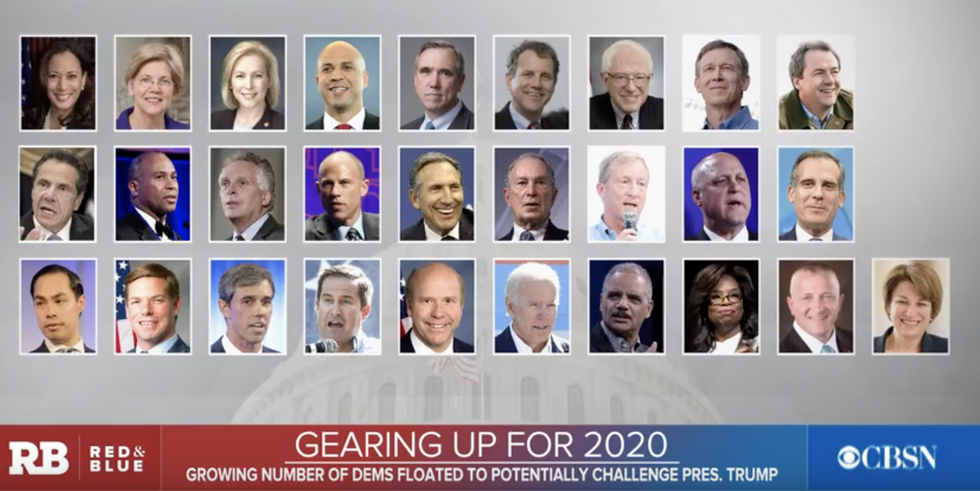 The Democratic Party is searching far and wide for a presidential candidate that can beat Trump in the 2020 election. While we know Trump's major focuses: immigration reform, tax reform, militaristic international policy, etc. it's anyone's guess how the Democratic candidate will choose to strategize. Bernie focused on free college, healthcare, and the minimum wage, while Hillary emphasized women's issues among other typical Democratic platforms.

Many candidates have taken up the signature democratic platform of Medicare for all. With Bernie Sanders running again, this is, of course, a focus of his campaign. Julián Castro, former housing secretary and mayor of San Antonio, is also focused on Medicare for all, as is John Delaney, a former congressman from Maryland. John Hickenlooper, a former governor and mayor from Colorado is emphasizing Medicaid. Also in the medical realm is Amy Klobuchar, a Senator from Minnesota, who is tackling the opioid crisis and drug addiction as well as the cost of prescription drugs. A former congressman from Texas, famous for his run in 2018, Beto O'Rourke is tackling the specific issue of rural hospital access. Eric Swalwell, a Congressman from California, is additionally running on increasing funding for medical research

Another common issue on the democratic agenda, improving income inequality is on the mind of several candidates. Former Vice President Joe Biden is focusing on empowering low-income workers, while Steve Bullock, former Governor of Montana, as well as Pete Buttigieg, a military veteran and former Mayor from Indiana, Bernie Sanders, and Elizabeth Warren, a Senator from Massachusetts, are running on shrinking the income inequality gap. Tim Ryan, a Congressman from Ohio, is focusing on workplace and union development to help the middle class, while Bernie Sanders is taking his well-known approach of free college for all. Wayne Messam, a Mayor from Florida, is also looking at addressing student debt. Andrew Yang, who has never had a career in politics, is prioritizing a universal basic income, an option being discussed by no other candidate. Kamala Harris, a Senator from California, is specifically focused on tax cuts for middle-class families.

On the social front, John Hickenlooper has worked on gay rights in the past, while Kamala Harris is focused on an overall liberal social agenda. Kirsten Gillibrand, a Senator from New York and the founder of #metoo, is running on her longstanding platform of gender equality and women's rights.

Immigration reform is also a focus, with Julián Castro, Wayne Messam and Beto O'Rourke making it central to their platforms. Biden is running on improving international relations as is Tulsi Gabbard, a Congresswoman from Hawaii, who is emphasizing opposition to military involvement overseas. Seth Moulton, a Congressman from Massachusetts, is also making foreign policy a big part of his campaign, but rather in terms of national defense and security.

Michael Bennett, a Senator from Colorado, played a role in creating a bipartisan immigration reform bill in 2013 and is running on the support of bipartisan communication. Also calling for unification across party lines is Cory Booker, a Senator from New Jersey, as is John Delaney and John Hickenlooper. Several candidates are focused on gun reform, including Steve Bullock, John Hickenlooper, Wayne Messam, and Eric Swalwell, specifically including a ban on assault weapons.

In terms of climate change legislation, Jay Inslee, Governor of Washington state, is running on creating more jobs in renewable energy. Pete Buttigieg is also speaking about climate change reform, trying to appeal to younger voters based on his own generational standing. Wayne Messam is also focusing on environmental issues.

Smaller focus areas for certain candidates include infrastructure, a focus of Michael Bennett, as well as improving trade deals, emphasized by Tim Ryan. Steve Bullock and Julián Castro are emphasizing federally funded early childhood education. Michael Bennett is also focusing on expanding the job force, specifically in up and coming areas such as artificial intelligence. Cory Booker is running on criminal justice reform, while Steve Bullock and Elizabeth Warren are tackling political corruption and campaign finance reform. Beto O'Rourke wants to legalize Marijuana, while Marianne Williamson, a non-politician, is running on the fascinating platform of putting federal money towards economic and education projects to repair damages from slavery.

While many candidates are focused on various aspects of the typical democratic platform, some interesting new ideas will potentially be brought into the primary cycle. It is anyone's guess who will win the democratic ticket, but as we get ready to declare our support and eventually place our vote, make sure you know the issues at hand. For an easy and comprehensive quiz to take to see who's policy you might support visit https://www.isidewith.com.