Why The Yankees Will Return To The Top of The World 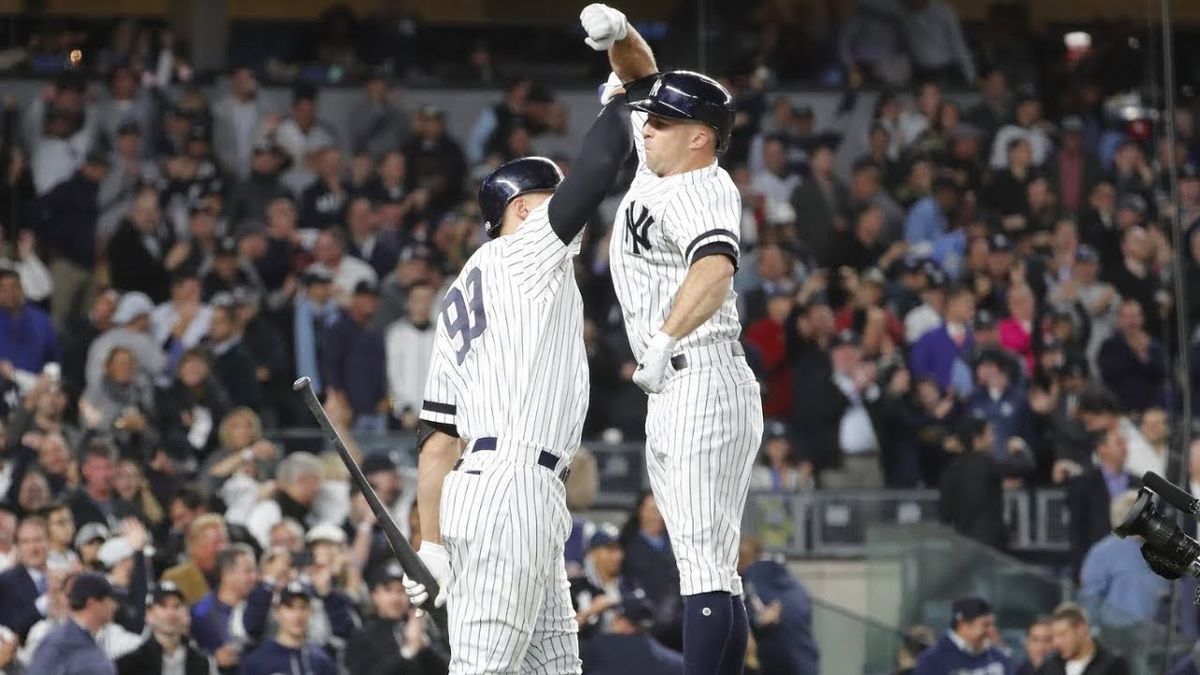 After Star Wars: A New Hope, it appeared as if Darth Vader and the evil empire had fallen. They lost their death star as well as hundreds and thousands of soldiers, and they appeared to be on the run from a band of rebels. But, in the Empire Strikes Back, the empire came back in full strength and captured Princess Leia, froze Han Solo in carbonite, and Darth Vader left Luke without a hand as the rebellion also felt a lost sense of hope. No, this isn’t to recap the best Star Wars movie of all time, but instead a metaphor for the New York Yankees between 2009 and today. Think of 2009 as the emperor taking over at the end of Revenge of the Sith, as Derek Jeter, Mark Teixeira, A-Rod, CC Sabathia, and crew returned to the top of the MLB with a six-game World Series victory over the Philadelphia Phillies. The next couple years saw the Bronx bombers empire remain near the top until they fell hard after being swept by the Tigers in the 2012 ALCS. New York got old, and free agency didn’t help them replace A-Rod, Burnett, or Texiera, and the Yankees only made one out of the next four postseasons and failed to win over 90 games. That was until last year, when the empire seemed to grow most of its strength back via a young farm system that included superstars Aaron Judge, Luis Severino, Greg Bird, and Gary Sanchez that finally made it to the majors, as well as a quality bullpen and all around lineup that won New York 91 games and pushed the World champion Houston Astros to a 7 game series in the ALCS.

This year, New York is even better. Giancarlo Stanton and Aaron Judge are going to be the best 3-4 hitter power duo in baseball, as Stanton should be licking his chops while staring at those short left and right field distances in Yankee Stadium. I wouldn’t be a shock to anyone if both of these power sluggers of baseballs new youth movement both hit 40, maybe even 50, or 60 home runs this year (ok, 60 isn’t happening, but you get the point). Oh, and I haven’t even mentioned that Didi, Greg Bird, and the always consistent Brett Gardner. The starting pitching should be better. Severino could well be a candidate for Cy Young come October with a powerful fastball and who can effectively mix in his slider and the breaking ball. If Tanaka can be consistent and Gray finds his form from his pre-surgery days in Oakland, then the Yankees starters who were the weak point last year will be one of their strengths. If not, however, Aroldis Chapman, David Robertson, and Dellin Betances are still there to lead the best bullpen in baseball, one as shown in the wild-card game against the Twins can come in for 5-6 innings if needed and shut a team down. Yes, they still do have questions such as what quality of play will they get out of their youngsters at second and third, as well as Aaron Boone will handle all this talent as he moves from ESPN broadcast booth to manager. I’m still confused as to why Girardi was let go, but this feels similar to the Warriors letting go of Mark Jackson for an inexperienced Steve Kerr after making the second round in 2014, and we all know how the Golden State Warriors under Steve Kerr have turned out. So, with a top three lineup in baseball, a top five starting pitching staff and the best bullpen in the game, New York seems ready to leapfrog Houston and win the AL. In the World Series, they’ll play those pesky Washington Nationals, who will finally make the classic after years and years of heartbreak in the Bryce Harper era. I expect them to sign Jake Arrieta, and while the lineup won’t be what it was last year, I don’t foresee that much of a drop off with Anthony Rendon, Ryan Zimmerman, Daniel Murphy, and Trae Turner to assist the NL MVP candidate in run production for what would be the best 1-2-3 starting staff in baseball in Scherzer, Strasburg, and possibly Arrieta. But, Washington still has a questionable bullpen, and I don’t think the lineup this year will produce that close to the Yankees. In heartbreaking fashion, the Nationals force a game 7 in Yankee Stadium, only to watch as a 9th inning rally is shut down by Aroldis Chapman, as the evil empire strikes back with title number 28.

AL: Yankees over Indians in 5, Astros over Twins in 4

NL: Nationals over Cardinals in 4, Dodgers over Cubs in 3

AL: Yankees over Astros in 7

NL: Nationals over Dodgers in 6

Yankees over Nationals in 7