Looking forward but remembering the past. 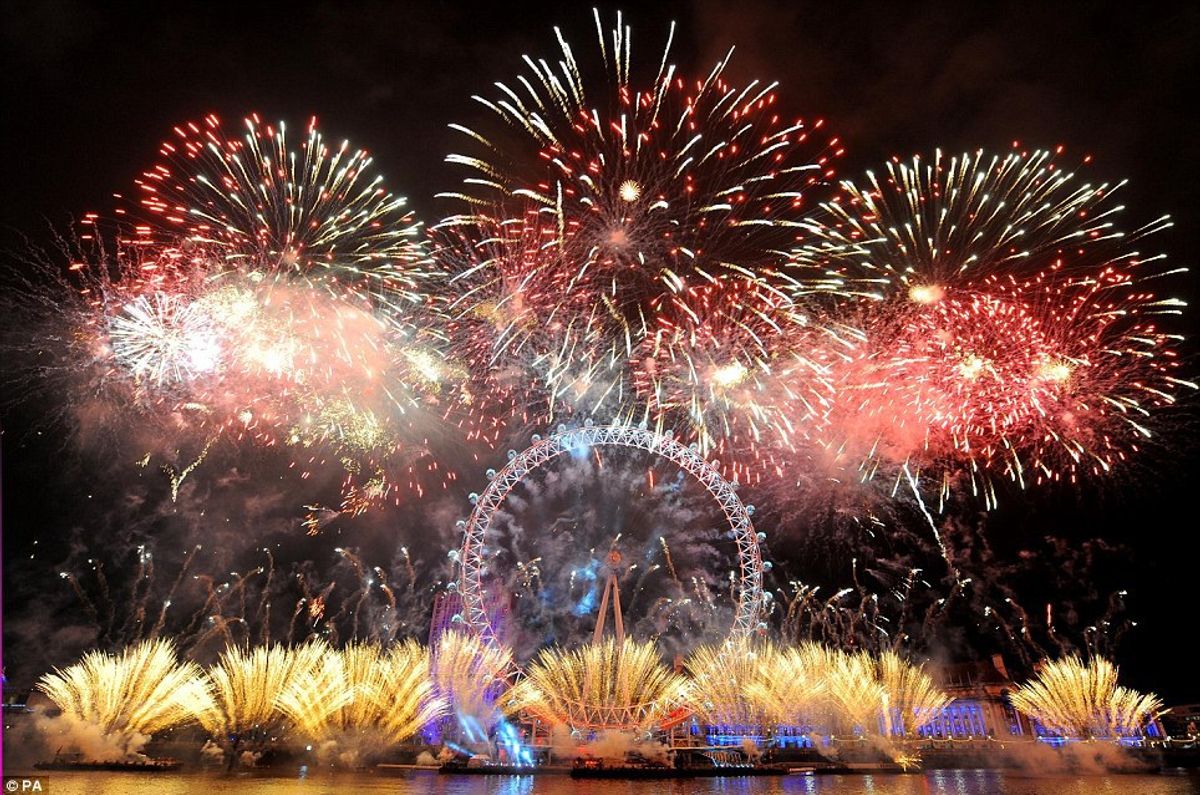 I met the stroke of midnight on the clock heralding in the New Year while watching the fireworks bursting from London Eye. Being an hour, if not more behind some of my friends, I was treated to celebrations throughout the whole day. While I was eating my lunch at noon, someone in Australia was welcoming 2017. Similarly, when I woke up quite early for a flight the next day, someone in Central America just hit 0:00. Looking back, I remember texting people ahead of my time zone to ‘’get me out of 2016’’, as I viewed being able to say it is now 2017 will automatically mean everything that made this past year so awful is simply going to go away, when in reality, there is no truth to that at all.

Naturally, ask anyone and they will say it was one of the worst years ever, and I will readily agree with that wholeheartedly. And yet I find myself thinking; suggesting that by writing down a different date all of the things that caused the horrible events that took place that year are suddenly going to be less relevant, is just being naive. By looking at the, albeit small in their number, positive occurrences in 2016, we can actively choose to look for progress instead of hindrance, and strive to make more in the years to come.

On my way to the airport to catch a flight returning home, I was scrolling through some articles written by the New York Times Editorial Board in the past. An editorial that I found particularly relevant and inspiring, was one entitled ‘Moments of Grace in a Grim Year’. Written at the end of 2015, it draws parallels between the former and 1968. On Christmas Eve of that year, the astronauts aboard the Apollo 8 sent a message back to earth, saying ‘’Good night, good luck, a Merry Christmas. And God bless all of you, all of you on the good earth.’’ This came in light of a terrible year filled with hate crimes, the Vietnam War, natural disasters and rioting. The aforementioned message, along with a picture of the planet from the distance rising behind the moon, was what allowed the year to end on a high note.

The article ends with the words, ‘’Evil is everywhere, and anger and hatred are loud. The shouting drowns out the quiet; tragedy and disaster block the view of the good. Yet there are always signs of progress toward a better future. Look, or you may miss them.’’ Reading this, I understood that by looking at all the very small steps we’ve taken towards a better future in 2016, can make 12 months of gloom seem even just a smidge more hopeful. Change is never easy to come by, especially for the benefit of the people. Yet it is better to have made some progress, than none at all. Here is to a more prosperous and peaceful 2017!
Report this Content
This article has not been reviewed by Odyssey HQ and solely reflects the ideas and opinions of the creator.