15 Songs You'll Hear This Year ​at the Frats

15 Songs You'll Hear This Year ​at the Frats

Trust me, you'll hear these songs at every frat you go to. 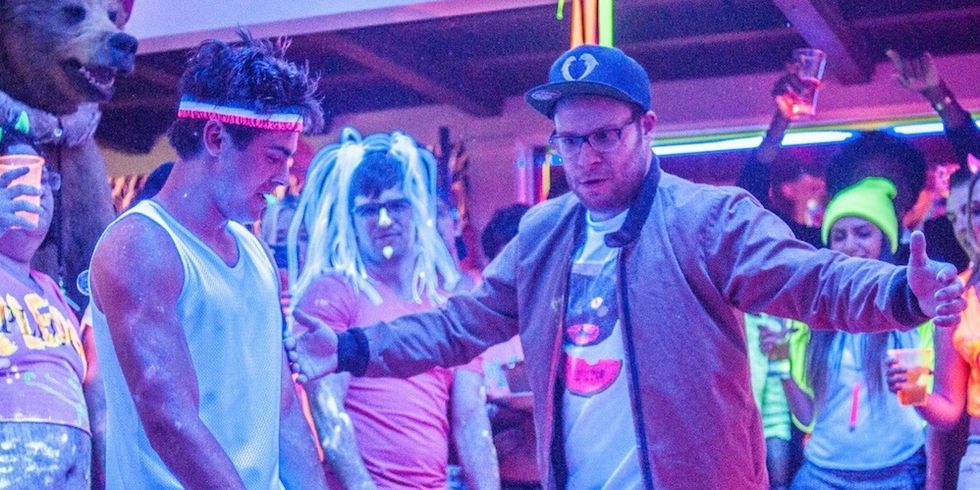 Whether you're a returning student at your university, or you're a freshman entering into the world of fraternity parties, you are bound to hear the same songs played over and over again at every fraternity you go to. Now, I'm not saying this is a bad thing. I love dancing and singing along to most of the songs that are played throughout the night. And quite frankly, if you are drinking you'll probably not care that these songs are played over and over - you're definitely still gonna dance to them.

You may not know this song by it's name, but as soon as the beat drops - you'll recognize it.

Not only will you hear this song at frat parties, but you'll most likely hear it on frats' or just college party hype videos.

Honestly, who doesn't like this song? It's fun to dance and sing-along with your friends!

Another fun song to sing to. I'm pretty sure most people who listen to the radio or Spotify know all the lyrics (and hate the Kendall Jenner part).

"Keke, do you love me? Are you riding? You said you'll never ever leave from beside me".

I haven't heard this at any parties yet, but I really hope they play it...

Everyone is on the Travis Scott wave, but can you realy blame them? Travis Scott's new album is fire.

All of my friends who are in a fraternity play this song on repeat, so it's bound to played at parties.

I may be a little biased on this one because it's my favorite song and I'm really hoping this song is played on repeat, but this song is the best to dance to.

10. Closer - the Chainsmokers and Halsey

Frats have been playing this song since it came out, so they're bound to continuing playing it.

I literally hear this every Thursday night at every party. And I see all of the frat boys run to the dance floor as soon as it starts.

A classic that plays at tailgates. I can already hear everyone singing along at the top of their lungs.

Another classic played at tailgates. "Don't Stop Believing" that this song will ever stop being played at any party.

I hear this song at almost every party, and honestly most girls cannot wait to dance to this song! This song "gets the people going"!

The frattiest of all frat songs. That's all I have to say on this one.

13 Noah Centineo Tweets That Made Me Say 'Whoa, Whoa, Whoa' And NOT In The Good Way