These 20 Hannah Montana Episodes Truly WERE 'One In A Million'

These 20 Hannah Montana Episodes Truly WERE 'One In A Million'

These episodes were definitely the best part of your childhood. 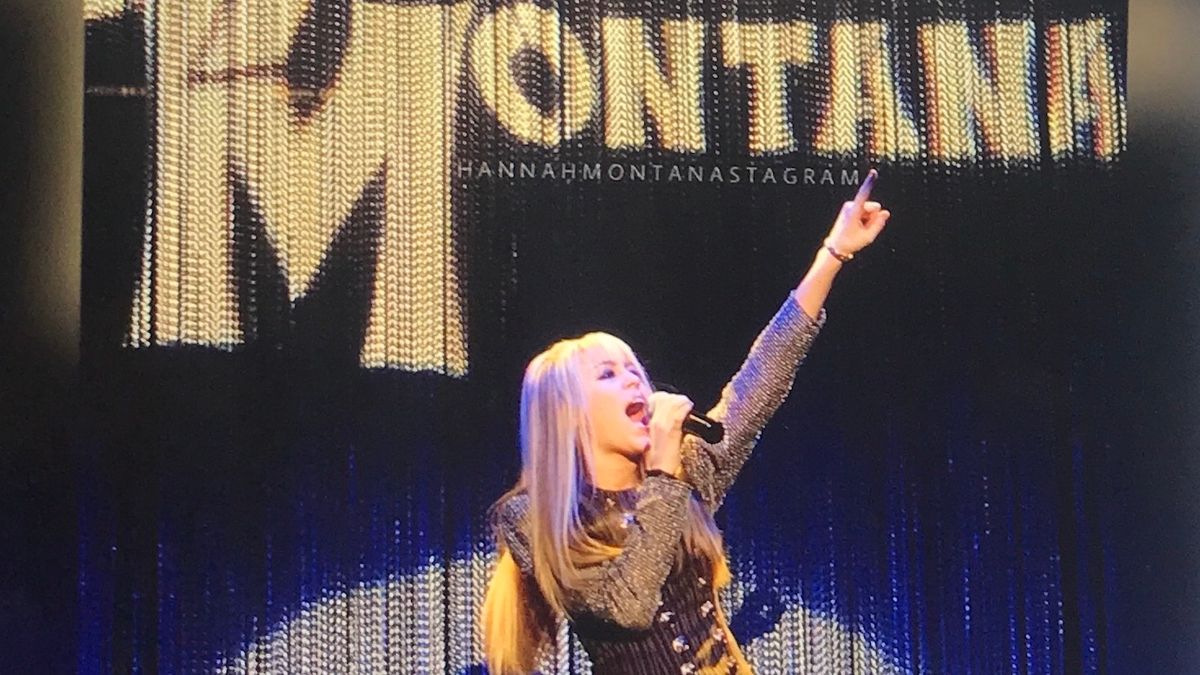 If you were a kid growing up in the 2000s, you without a doubt were raised watching "Hannah Montana" on Disney Channel. From wishing you had Hannah’s enormous closet and beachfront Malibu house, to crying that she chooses Jake over Jessie, you followed Miley Stewart’s life through the ups and the downs.

Even though narrowing down episodes is nearly an impossible thing to do, I’ve managed to pick out 20 of the most memorable!

When Hannah goes on a talk show and says she doesn’t like carrots, she gets herself caught in a tough situation as kids throughout America suddenly decide they also don’t like the vegetable. Hannah almost revealing her secret and dressing up in a carrot suit make this episode a keeper.

When Hannah gets in a ski accident, she hears Oliver say he loves her while he believes she’s unconscious. The misunderstanding gets worked out, and watching all the commotion in the hospital is hilarious.

This is the camping episode, and the viewers get their first glimpse at the Miley/Lilly and Amber/Ashley rivalry. Robby and Jackson trying to catch that mouse is also a great moment.

This is the episode with the cat sweater that makes meow sounds when the nose is pressed. It’s also the episode where Miley dressed up as a mannequin to help Lilly guide her dad toward the right birthday gift. Definitely a favorite.

When Jackson destroys Miley’s teddy bear, she decides to get back at him by shredding his signed baseball and quickly regrets it. The episode is full of memorable moments as Miley goes through various obstacles to get player Joey Vitolo to sign the ball again.

Jake Ryan became a central character in Hannah Montana, and this is the episode where Miley and Jake first kiss. It’s also the one where Miley pretends to date an 11-year-old. Good times.

This episode is pretty good for being a pilot, and Lilly finds out that Miley is Hannah Montana after sneaking in her dressing room. Miley dumping ketchup on her hands when talking to Corbin Bleu is also a classic moment.

Miley’s love/hate relationship with Jackson is one of the best parts of the show, and this episode fully showcases that. The pair being forced to wear sumo suits and share a bathroom allows for some hilarious scenes.

I miss the days when my biggest struggle was wondering whether Miley would choose to go to the prom with Aaron over singing a duet with David Archuleta.

Miley falls for a rich kid named Trey and takes him and his snobby parents to her house to prove that she’s not just a “southern hillbilly.” Robby and Jackson’s efforts at helping Miley out make this episode one of my favorites.

This episode featured one of the show’s most unique storylines, as Miley gets hit by lightning and flashes back to the moment her parents first met. She and Jackson learn more about their past and become more appreciative of Robby.

Miley begins having a hilarious sleepwalking problem after lying to her dad that she liked the song he wrote for her. The whole cast gets involved in this plot, and Miley finds out the song she had found was actually her childhood poem.

There’s no way to forget Miley dressing up as school mascot “Pirate Pete” while Lilly surprisingly makes the cheer squad. Jackson pretending to be a plumber and fix the house sink is also a great moment.

This episode is a surprisingly moving one involving Miley and Robby and features Selena Gomez as Hannah’s rival Mikayla. Roxy’s efforts to fix Robby’s hurt back are also hilarious.

In this episode, Miley sells a bad paparazzi shot of Hannah in order to get money for a new Z Phone, only to find that the picture features a necklace with her name on it. Miley and Lilly dressing up in uniform and giving the Rock a facial was a prime TV moment.

I included this episode for the sole scene of Mamaw and Dolly fighting backstage while Hannah accepts her award on live TV. Iconic.

“We're doin' the bone dance/We study the answers/Again and again 'til I get it right/We're doing the bone dance/Ya dance and you'll learn it/And we won't mess up this test/We'll get it perfect.” This episode truly changed the game.

If you remember anything about Hannah Montana, you probably can recall Miley’s pants exploding with stuffing and her wearing a moose suit to the Hannah fashion show.

Even though I’m not as big a fan of the later episodes of the show, this one’s a winner. Still confused as to why she had print-out photos of Jake and Jessie, and forever wondering why she chose Jake.

This episode literally makes me laugh out loud, and it is "Hannah Montana" and Disney Channel in its prime. The “Milo and Otis” disguises and inclusion of the Jonas Brothers make this the best episode of the show hands-down. Also- “This is Jackson Rod Stewart hopping my way to history.” That should ring a bell.