The 20 Best Sketches Of Studio C

"I want to talk about cheese." - Operation Breakup 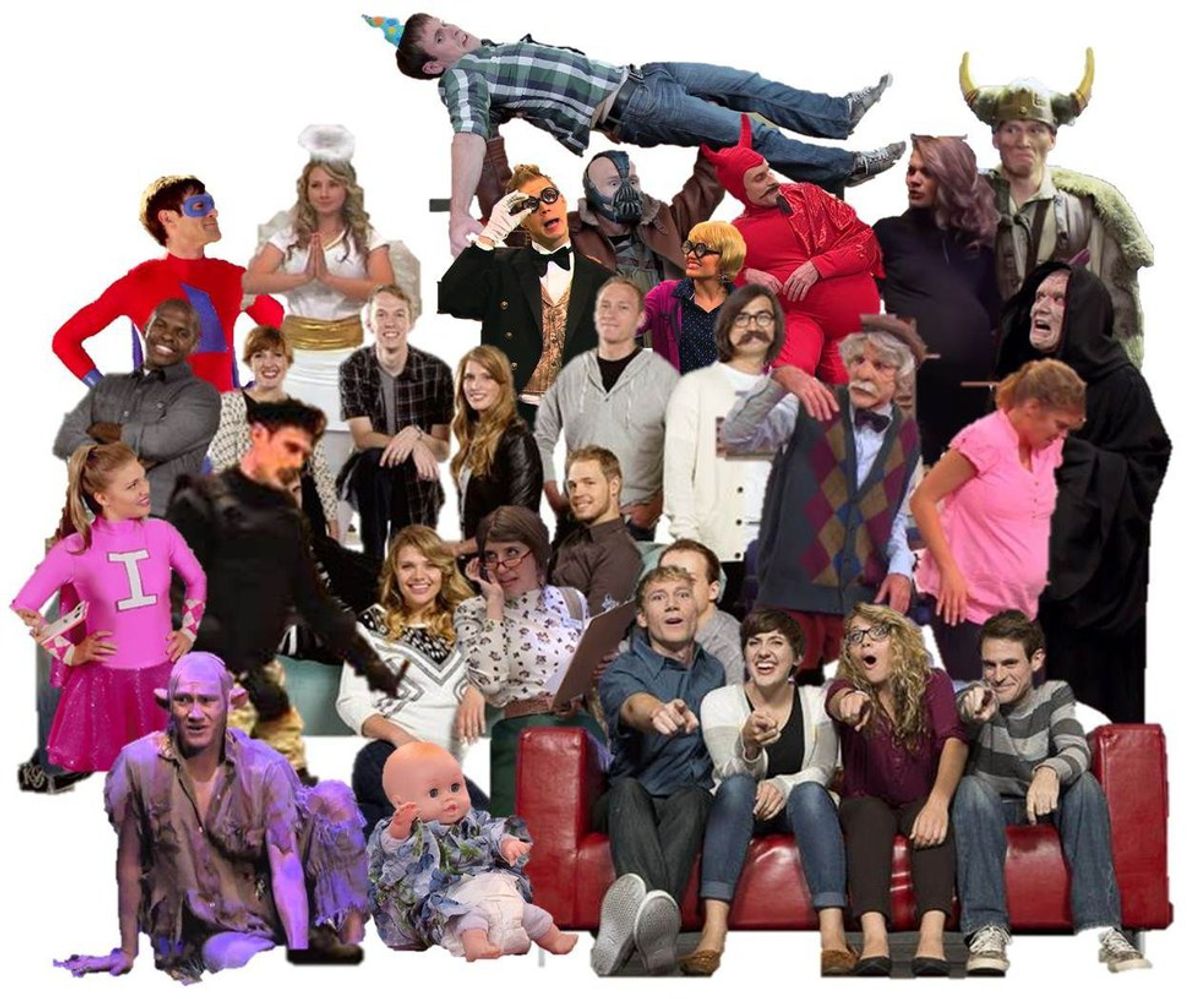 If you are looking for something to do on these cold winter days, then I highly recommend that you check out one of my favorite sketch comedy shows/YouTube channels, Studio C. Studio C is a team of several talented, hilarious, and creative actors from Brigham Young University who branched out from the original troupe, Divine Comedy, and their content is for all audiences! Seriously, there's something for everyone here.

Don't believe me? Here are my top 20 favorites:

This one goes out to all of you, who at times, struggle to decide which channel to stick with. The transitions are flawless.

This one brilliantly illustrates the analogy of Republicans and Democrats fighting over custody of their child. I really appreciate how this one makes fun of the weaknesses in both major political parties, as well as our nation's apathetic indecisiveness about who to side with.

This sketch goes out to all of us who study late into the night/early into the next morning, and operate on 5-6 hours of sleep (or less) per day. Discover the countless benefits of "not letting sleep get in the way of your dreams"!

This one actually had me laughing aloud the first time I saw it. As a professional third wheel, I now use this catchphrase all the time when my "clients" are being cute. (I can promise you that they like it when I do that though ;)

5. The Truth About Running

This one is a funny and thought-provoking mock-umentary.

When you wish you could take back something you humiliatingly blurted out, this chica is your worst nightmare.

8. A Kindergarten Fight For Love

This sketch reminds me a bit of Charles Schulz's Peanuts, in that the kids are far more sophisticated than they would seem at first glance. Nonetheless, it is still very originally funny, especially in the characters' seriousness about some juvenile matters.

This one is dedicated to all my fellow grammar nerds. Also definitely check out the Captain Literally series— those are amazing too!

After watching this classic, you will probably never be able to say or look at (lobster) bisque the same way again. There are also more priceless videos for this gem!

I honestly do not want to spoil this one, so you will have to watch it for yourself to see why it's fabulous.

All of the primary holidays assemble to discuss their personal thoughts on the lesser-known holidays. Very clever.

13. The Piano Guys Behind ThePianoGuys

Until watching this, I will admit I had not ever questioned how the Piano Guys always manage to play their bulky instruments at such breathtaking settings. Now, I am extremely curious about what actually goes on behind the scenes to make that possible...

I have no words... Just watch this one— you won't regret it.

All I can say is this one is a very quotable must-see.

As a singer, I relate immensely to this one.

This sketch is hysterical and an excellent satire.

This one is hilariously accurate, provoking one to question the motives of whoever established these annoying motives.

The "nerd" in this video masters the art of being both a troll and a peacemaker at the same time. Notice how the two other kids reconciled after he intimidated them? Yup. Like a pro, Matt. Like a pro.

Last but certainly not least, this one is priceless. While it is already incredibly funny one's first time through, you will probably catch a few extra cleverly humorous references every time you watch it. Also, any fans of Hamilton: it is very likely that you will enjoy this immensely. (This was released far before the show was even a thing.)

All and all. I hope you found a new favorite YouTube channel!