Why The 1991 Washington Redskins Are The Best Team Ever

Why The 1991 Washington Redskins Are The Best Team Ever 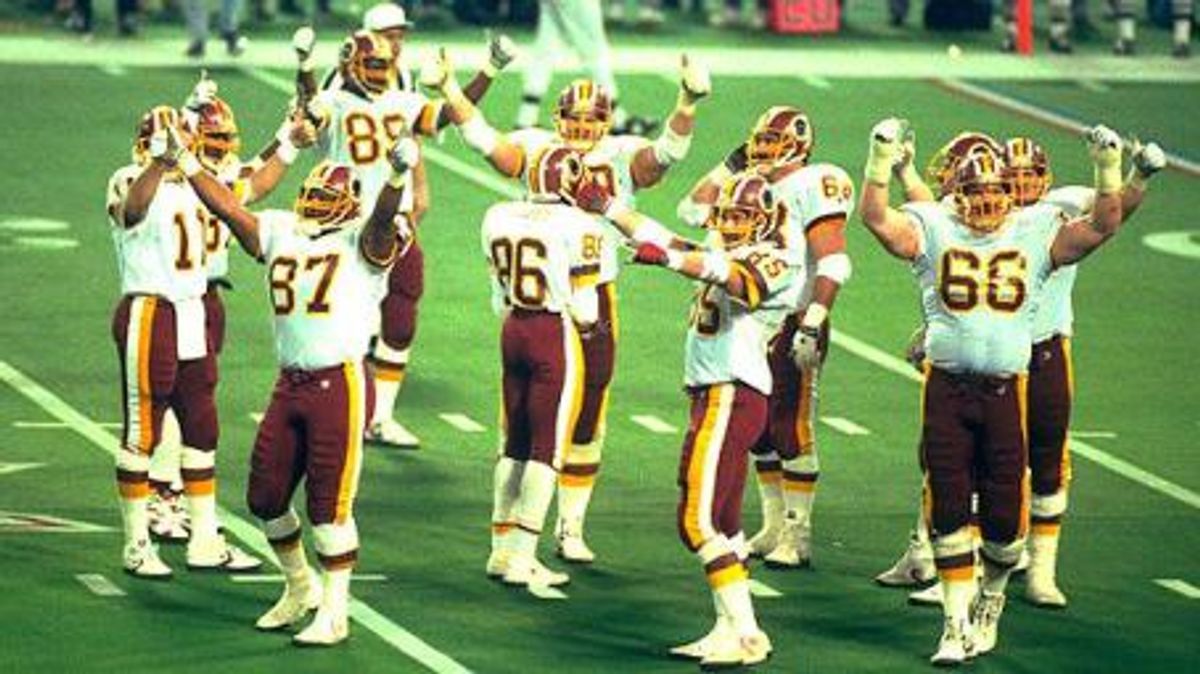 Dominant the whole season and vastly underrated, the 1991 Washington Redskins squad was the best team to ever win the Super Bowl. We're talking about the most high-powered offense and a defense that called itself "capital punishment." This team posted all sorts of records, the most impressive one being that they shut out their first three opponents (Lions, Cardinals, Eagles) at home by scores of 45-0, 34-0, and 23-0. I doubt that will ever be broken. The '82, '83, and '87 Redskins teams come awful close as well. Here's why the '91 skins team that went 14-2 and won Super Bowl XXVI trump all other teams.

Could you have asked for a more complimentary trio of wide receivers? Mark Rypien sure had himself a pro bowl year in 1991, throwing for 28 touchdowns and just 11 interceptions. The one thing he never missed on was the deep ball. It doesn't help that he had the best trio of receivers to throw to.

Art Monk (71 receptions, 1,049 yards, 8 touchdowns) would work the middle of the field, catching the tough 3rd down catch. He would run intermediate routes but everyone once in a while would beat defenses on a fly route. Not to mention, he arguably has the best hands of any receiver to ever play the game. Monk was finally inducted into the Pro Football Hall of Fame in 2008.

Ricky Sanders (45 receptions, 580 yards, 5 touchdowns) was closer to Clark than Monk but his most valuable asset was his speed. He blew by defenses and ran like the wind.

Some teams have one feature back and others have a duo of backs who split time. The '91 Redskins utilized three very different running backs. It seemed as though a different back would shine every week. Earnest Byner (274 rushes, 1,048 yards, 3.8 average, 5 touchdowns) was the workhorse and got the primary load of the carries. He was your old-fashioned bruiser of a tailback, running downhill between the guards and tackles. Byner also provided Rypien with a reliable receiving outlet, logging 34 receptions for 308 yards.

Gerald Riggs was the quintessential back inside the red zone and near the goal line in his last year playing. He leads the team in rushing touchdowns (11) and still managed to rack in 248 rushing yards despite his role as a short-yardage runner.

Last but not least is the short speedy running back, Ricky Ervins, who proved his versatility as an effective third down screen-catching back, catching 16 passes for 181 yards and a score. Ricky's 680 rushing yards and 3 touchdowns as a rookie is one of the better seasons a rookie back has had in Washington. His 4.7 rushing average proved that he was a shifty runner with a nice change of pace from Byner and Riggs.

The Hogs in 1991 consisted of all pro tackle Jim Lachey, Mark Schlereth, Jeff Bostic, Raleigh McKenzie, and Joe Jacoby. All made pro bowls as points in their careers. They paved the way for the running backs and made Mark Rypien go from looking like an average quarterback to Joe Montana.

However, nowhere on defense was Washington more punishing than at linebacker. Arguably the toughest man on the defense that year was outside linebacker, Wilbur Marshall. Marshall was a nightmare for opposing offenses because he performed at such a high level for every task linebacker entails. He intercepted 5 passes for 75 yards and returned one for a touchdown. Add to that his 5.5 sacks and it was evident that Marshall was a powerful tackler and a fast linebacker in coverage. Veterans Monte Coleman (3.5 sacks, 1 interception, 1 fumble recovery) and Matt Millen split time with young stars Andre Collins (3 sacks, 2 interceptions - 33 yards, 1 touchdown), Kurt Gouveia (1 interception - 22 yards, 3 post season interceptions - 67 yards), and Raven Caldwell (1 fumble recovery).