19 Ways To Recreate Your Favorite 'The Office' Halloween Costumes

19 Ways To Recreate Your Favorite 'The Office' Halloween Costumes

Every Halloween I tell him the same thing, "You can't bring weapons into the office." 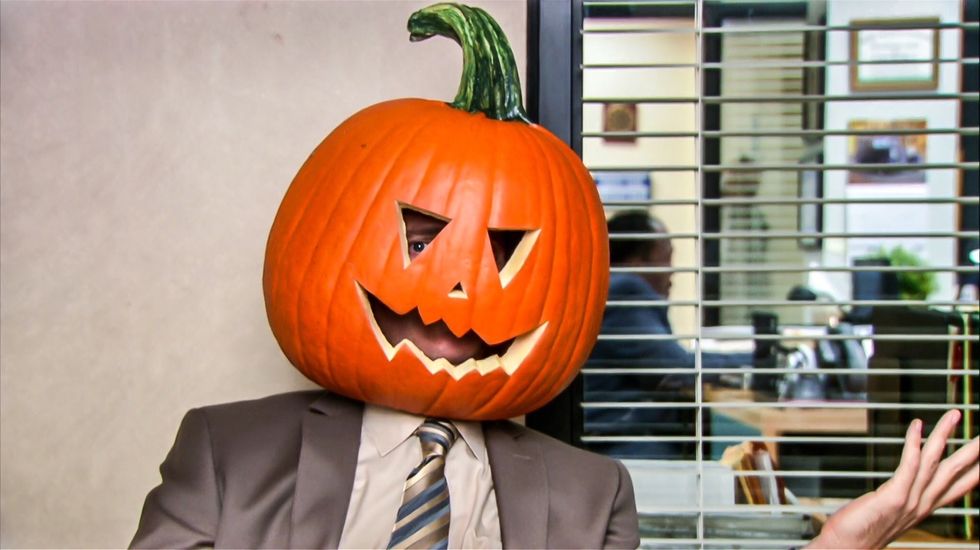 You know how every single season of "The Office" is equipped with a Halloween episode? And you know how it never, ever gets old?

If there are two things that I have absolutely obsessed over recently they are: the popular sitcom and what I will be wearing this Halloween. So, I figured what better way to get everyone in the spirit for Oct. 31, than to reminisce on some of the best costumes "The Office" has ever seen? And if you are still struggling with creating your own costume, maybe this will spark some ideas. You can also get a Dunder Mifflin ID badge and immediately transform yourself into Dwight, Jim or Michael.

This wasn't Dwight's costume, per se. Nevertheless, you would by far be the most festive at any party you chose to attend.

Most people might not know what you are, but those aren't the people you want as friends anyways.

It's just as simple as a nose.

I actually have no words for this.

So young, so sweet, so innocent, so simple.

She didn't even need a Popeye.

An original idea, for sure. Until everyone thought she was Hitler.

If you really aren't into the whole Halloween scene, this may be the one for you.

I've also seen this done with an abundance of adjectives, with "Drunk" being the most popular.

You would be extra warm and cozy!

When the senator asked what he was, Oscar replied with, "I'm the electoral college!" So, if you chose this costume, you would even have a punch-line!

You can even be patriotic on Halloween!

It's almost uncanny how realistic this is.

Literally as simple as a t-shirt.

So there you have it. Now you have all the information necessary to recreate your own "The Office" Halloween. And for all of you hardcore fans out there that have children: