Leonardo is, by far, one of Hollywood's best actors! 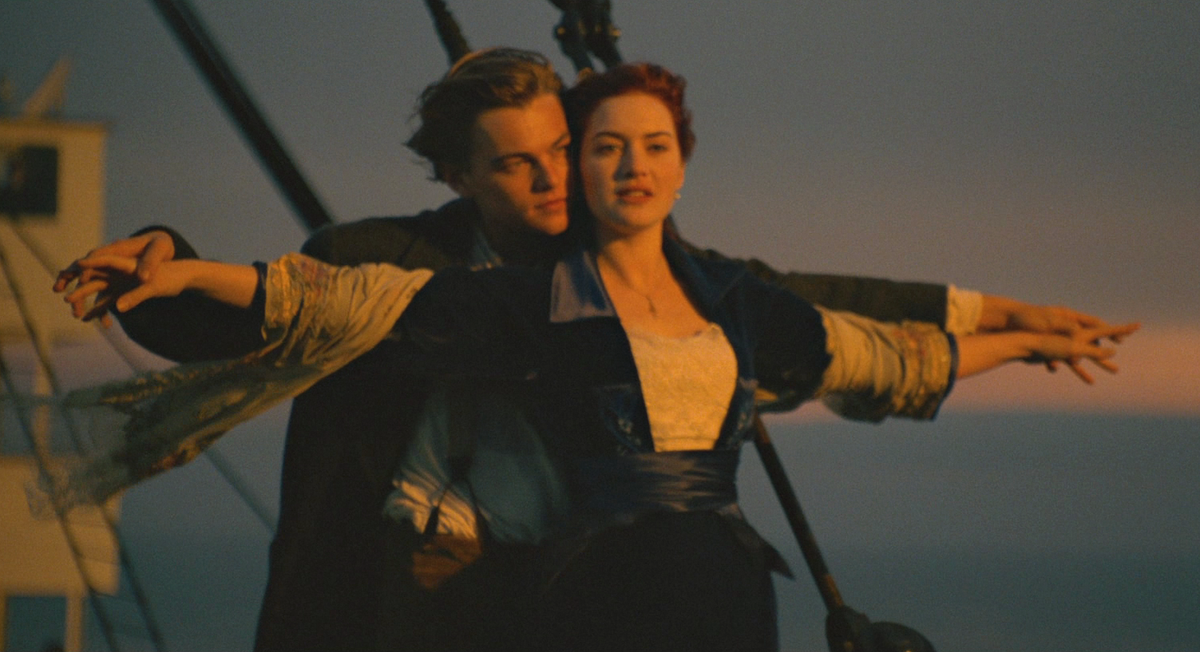 Leonardo DiCaprio is arguably one of Hollywood's best actors. Whether people love him for his philanthropy or his acting, his fans have multiple things in common.

1. You loved that he finally received his Oscar. It took SO many movies for him to get it.

Leonardo is one of Hollywood's best actors. However, until 2016 he was not given an Oscar. After receiving his Oscar, he acquired new fans and more enemies. His Oscar acceptance speech was heavily political, but his fans loved it.

2. You love his less popular movies even though the critics may hate them. I mean, Critters 3 is a great movie.

Even though Critters 3 has a 4.3 score on IMBD, little Leo is truly adorable.

3. You have become more aware of climate change through his activism about the issue.

When being a fan of DiCaprio you find on all of his social media information regarding climate change. Regardless whether you support or deny the issue, you respect Leo for the evidence he provides.

4. You know the dialog word-for-word from his documentary, "Before The Flood."

It is so fascinating that his father was an underground comic distributor. According to DiCaprio, "His father was the Z league of the counter culture." It is amazing that The Garden of Earthly Delights was the visual that really stuck with him.

5. After seeing The Great Gatsby (2013) you cannot imagine anyone else being Jay Gatsby in F. Scott Fitzgerald's novel.

6. As much as you love, Leo you acknowledge he is a real person with a real life and he is not like any of the characters he has played.

To quote DiCaprio, "Don't think for a moment that I'm really like any of the characters I've played. I'm not. That's why it's called 'acting'. " It is very frustrating whenever the press or paparazzi stalk him. He deserves just as much privacy as anyone else.

7. You have thought about how you and Leo's life would be. You guys totally met at the U.N. conference!

Leo was up there at the podium talking about how we need to be taking active steps to help shrink our impact on the climate. It just made you fall for him.

8. You get really mad that Rose did not let Leo onto the lifeboat. There was plenty enough room for him to be on there. I mean, come on.

When watching Titanic you think, "Jack was so close." He was a skinny guy. He could have easily fit onto that lifeboat. She just let him freeze to death and sink to the bottom of the ocean.

9. Each time you see Leo shirtless, a little part of you dies.

I mean how can one man be that beautiful?

10. You thoroughly enjoyed Shutter Island. It may have given you nightmares, but it was totally worth it just to see DiCaprio on-screen.

Spoiler alert: the ending always gets you. No one truly knows if Teddy was insane or if he had been brainwashed. Along with so many other questions.

11. Whenever people say that Leo looks worse as he ages you become irrationally angry. Leo is even more handsome as he is aging.

It truly baffles you that people can think he looks old; Leo looks amazing, even in recent films like, The Wolf of Wall Street. How can anyone disagree?

12. Your friends hate you because all that you like to talk about is Leo. He is in so many movies you have plenty of material to talk about.

Any true Leo fan cannot tell you how many times they have been told to shut up when talking about DiCaprio.

13. Leo's GIFs describe any and every mood that you have.

The classic "OMG" GIF from The Wolf Of Wall Street can be used for so many emotions; whether you're happy, sad or even frustrated. Leo's GIFs have endless uses.

14. Whenever you're searching for a good movie, it seems as if you just naturally gravitate to the DiCaprio movies. Are there even other actors worth watching?

15. You see Leo everywhere, even in strangers and believe that they somehow resemble Leo. Their blonde, shaggy hair and blue eyes will melt your heart.

However, someone may look like Leo and try to melt your heart. But, you know the true hottie is DiCaprio, himself.

16. You have sent the link for Before The Flood to so many climate skeptics and you cannot even remember how many times you've sent it.

Think about how often news agencies post about climate change. On each of those posts instantly attract skeptics who try to discredit the science proving how humans have influenced global warming. In between quoting NASA and NOAA's climate science, you love to post Before The Flood. The documentary involves so many scientists who took part in the research and it was so eloquently done.

17. You get very emotional toward the end of DiCaprio movies. You know the odds are his character is going to die.

Between Titanic, The Great Gatsby, Romeo & Juliet, The Quick and the Dead, Total Eclipse, The Departed, Blood Diamond, J.Edgar, Django Unchained and (possibly) Shutter Island, Leo's character dies in a great deal of his movies. As each new movie comes out at the end you always brace yourself.

Looks, charm, talent and activism? Who could not love Leo?!