Some of the many things that are exclusive to St. Louis. 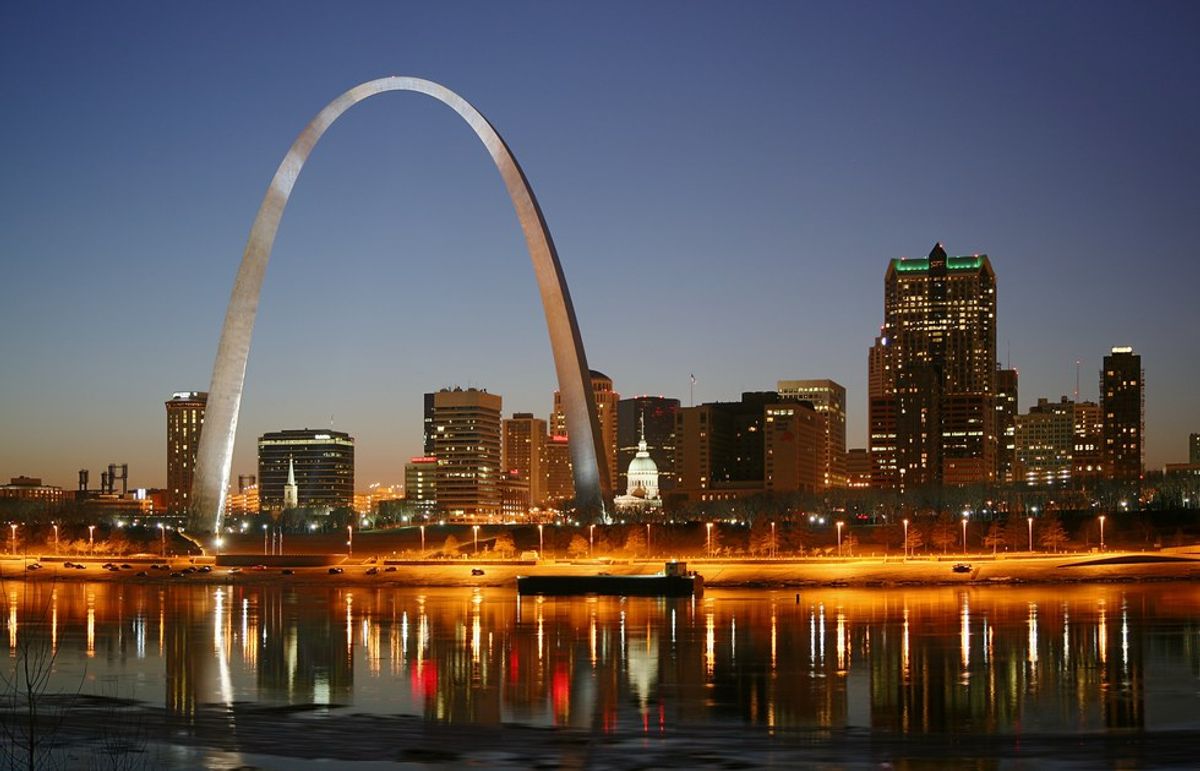 “It is self-evident that St. Louis affected me more deeply than any other environment has ever done. I feel that there is something in having passed one’s childhood beside the big river, which is incommunicable to those people who have not. I consider myself fortunate to have been born here, rather than in Boston, or New York, or London.” - T.S. Eliot

When in Saint Louis, there's probably a good 98% chance you'll be asked this question sometime. Anywhere else, this is not a normal thing. But to Saint Louisans, it's pretty much the "general question" to ask when getting to know somebody. It's almost equivalent to asking "where are you from?," as they use your high school to determine ties between where exactly you live and who you may know.

2. Telling jokes for candy on Halloween

As a kid in Saint Louis, you know when you walk up to somebody's door on Halloween, you better have a joke ready. In order to get candy, you're expected to tell a joke. This isn't a common practice, though. If you ask someone who lives somewhere else, they most likely have never heard of such a thing and will find it a little strange.

This ones pretty obvious since Saint Louis is stated in the name, but many others may only know it as "Panera." Saint Louis doesn't usually get credit for Panera Bread from those outside of St. Louis. To Saint Louisans, "Panera" will always be called Saint Louis Bread Company, whether you're in Saint Louis or not.

It doesn't matter what day of the week it is, what the weather is like, or how bad/good the team is doing, the stands in STL will ALWAYS be packed. Or at least pretty dang full. You can go elsewhere, and stadiums will be half empty on a given night. Saint Louis fans are true fans. They wear red, bleed blue, and many fans frequently travel to support their team.

Something that not many know about St. Louis is that it is home to the oldest taxidermy firm in the world. Pretty cool, huh? It has been located in St. Louis since 1882 and the founder of Schwarz Studio, Frank Schwarz, was one of the founders of the St. Louis Zoo as well. The current owner, Frank Wagner, actually mounted a gorilla named Mzuri for the St. Louis Zoo in 1983.

While it's not the oldest in the world like Schwarz Studio, it is the oldest botanical garden in the country out of those still in operation. It includes a whopping 79 acres, and is extremely beautiful to see!

For the past decade, Murdoch Avenue in Saint Louis has been decorated for Christmas by the neighbors of this street. Many families have made driving through Murdoch Avenue for the holidays a tradition. Other neighborhoods elsewhere might do something similar, but what is special about Candy Cane Lane is that the residents who set it up raise money for charities, sometimes even up to $10,000. Which raises the next unique thing...

9. Being one of the most charitable cities in the country

Saint Louisans are remarkably eager to give. Saint Louis is consistently ranked as one of the most charitable cities, which says a lot about the character of those who live in STL. It's great to see how giving those of St. Louis are.

To many peoples' surprise, Forest Park is bigger than Central Park! St. Louis is spoiled with this park as it includes the St Louis Art Museum, St. Louis Zoo, St. Louis Science Center, Missouri History Museum, The Muny, and Steinberg Ice Rink. Not to mention most of these are free to see and some are ranked one of the best in the country! There's plenty of land for walking, running, biking, golfing, tennis, etc.

I lumped these together since they both involve sweets, but that doesn't mean they're any less important. If you go somewhere else and tell someone you would like to eat concrete, they might give you a strange look. Not in St. Louis though, everybody loves concretes!

The St. Louis Arch is America's largest monument, which is sometimes falsely credited to the Statue of Liberty. The Arch is actually more than twice as tall! It is not only the Gateway to the West, but practically the heart of St. Louis.

Saint Louis allows access to art for a small price. The city really does a good job of displaying art for all to see. The special property tax that subsidizes the Metropolitan Zoological Park and Museum District allow for this; most are actually free!

Kevin Hart and Ice Cube trying Saint Louis food that they have never had before!