15 Parlor Games For The Sexually Frustrated Victorian In You

15 Parlor Games For The Sexually Frustrated Victorian In You

Time for a Night of Nut-Divination. 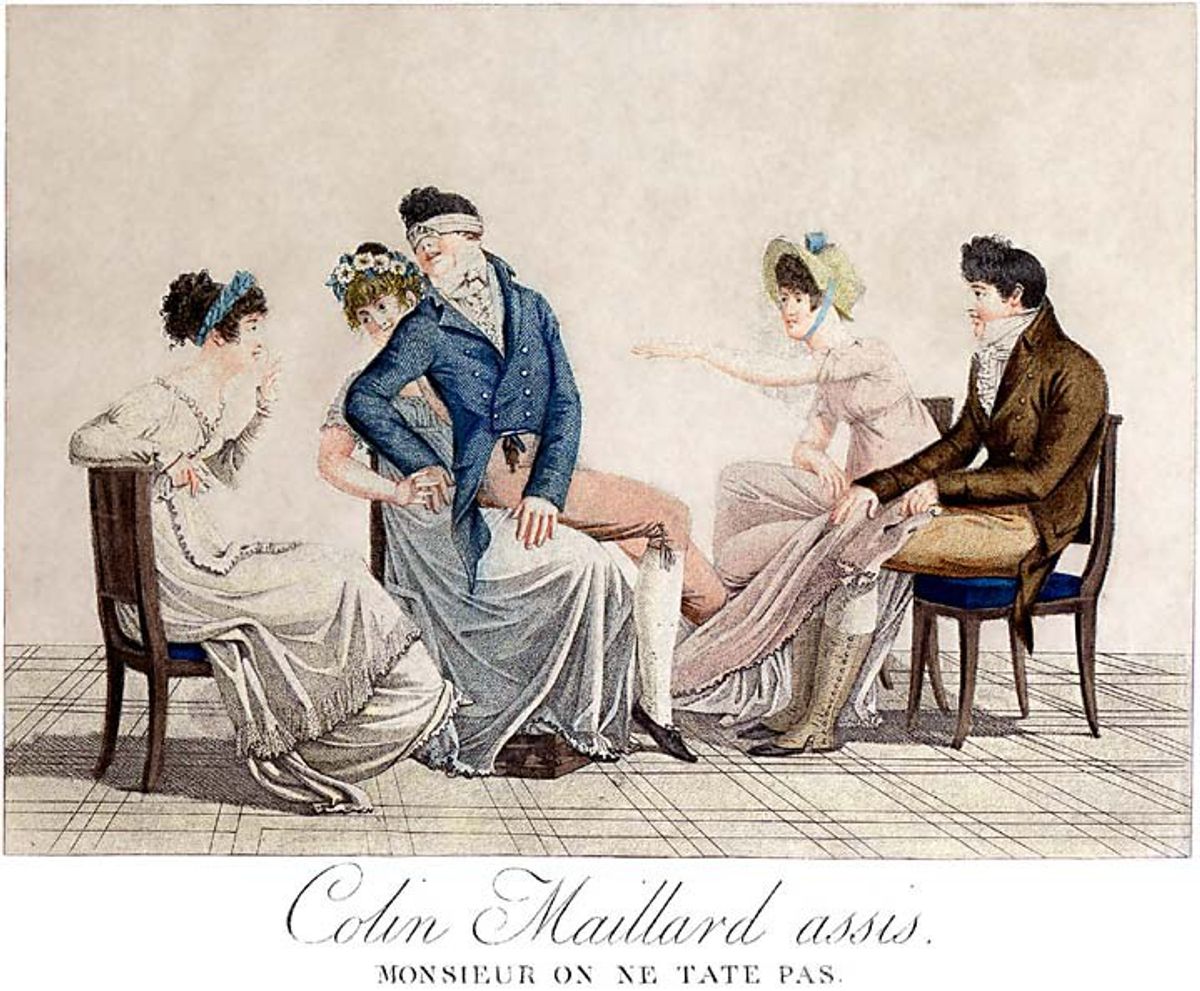 It's 1871. You and your companions have just had an amusing evening reading the newspaper, dining on a fine supper, and making use of paper fans and handkerchiefs. But when evening draws in, boredom percolates in the foyer, under the exquisite furniture and between the cracks in the gaudy asbestos-laced wallpaper. Whatever shall you and your dear acquaintances do with so many hours and so few amusements?

As fortune would have it, Frederick Warne & Co. have published a book precisely for your situation. Presenting Modern Pastime, a collection of games and diversions intended to entertain the most polite of company.

Nothing starts off an evening of fun quite like a man complaining.

Indeed, the game of Telephone has existed since before the telephone itself was invented. Any game which makes deliberate use of the phrase "playful malice" has a place in a parlor of mine.

It is known to everyone that the ideal party trick is one that artfully combines animal cruelty and sexual domination.

You know the old adage: It is someone's kink somewhere.

Similar to the above.

A little bit of casual racism and medical malpractice goes a long way.

What lady hasn't experienced the frustrations of a man who loves her only for her chair? This game of furniture flirtation is a favorite to those who indeed prefer the company of seating to the company of people.

It would be prudent to intersperse the evening with an exercise meant to relieve all vexation. Thus, a game which involves the trade of insults and yelling at men is highly recommended for the last slot of the evening.

Featured in this volume are not one, but two games which feature equating ladies to cats, taking on a dynamic of the strong provider and the dependent receiver. Make of that implication what you will.

Remember: relationships are founded not upon happiness, but upon mere longevity. That's why arranged marriages always work out. The symbolic detonation of friends is an acceptable amusement, so long as it is in the name of nut-divination.

Imagine! A man, dressing and acting like a woman? Is there any greater merriment to be seen by the likes of a pleasant company?

Ha-ha! A woman? Dressing in man's clothes? Seducing other women? Who has ever heard of something so absurd! Ha-ha-ha!

A lady with a cigar? A gentleman engaging in sewing? This truly is too much frivolity!