The Top 15 Lies Literally Everyone Has Heard While Dating

The Top 15 Lies Literally Everyone Has Heard While Dating

Dating is hard enough and lies just make it even more complicated. 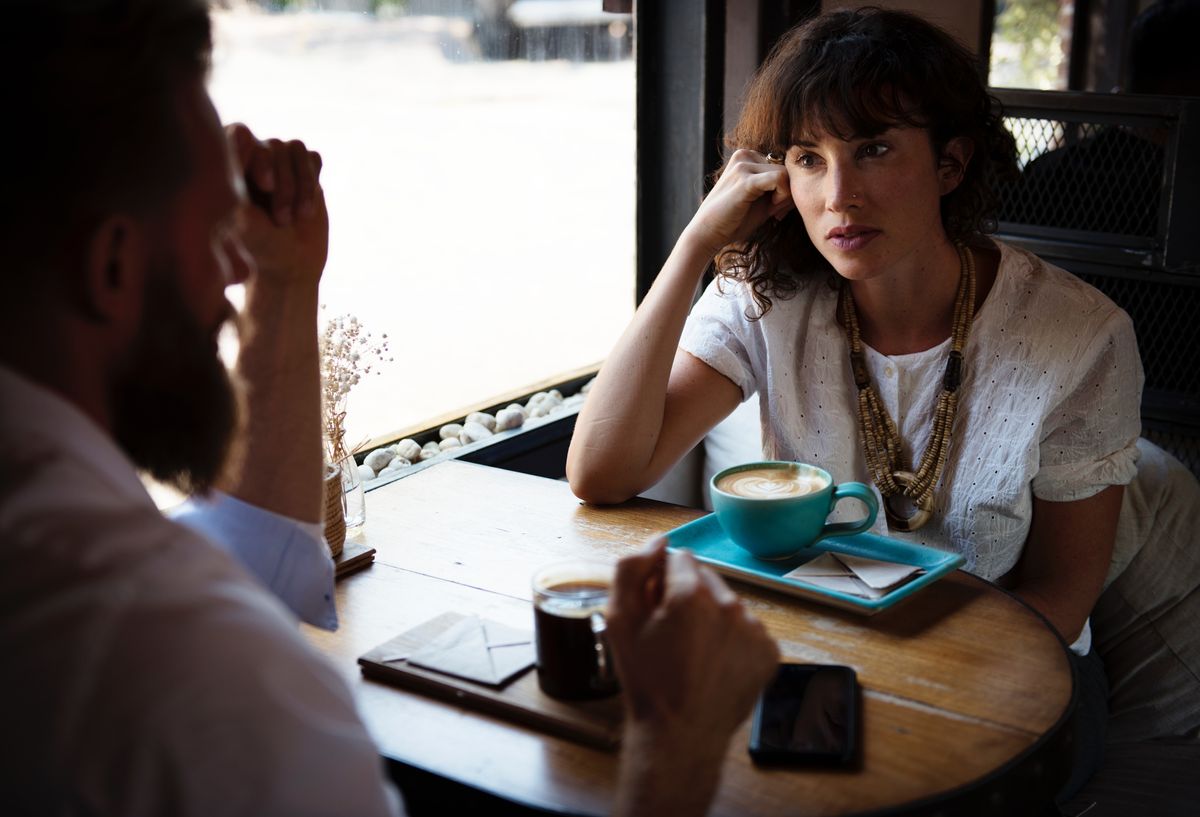 Deception seems to be the latest plague in the dating scene. At first, I thought it was something specially made for me, but with a closer look at my circle of friends, it turns out we've all been through it. The funny part of it all is that all the lying is right out of the gate, not even in a commitment state yet.

The foundation of any relationship requires some clear honesty in order to have some kind of chance of survival. Even if you are just trying to have a mutually beneficial, no strings attached, intimate relationship, you have to say that in order to get there. This leads us back to the lies themselves. As I looked at my circle of friends, I learned of some of the oddest stories of lies they had been told throughout their love lives. Below is a list of the strangest lies I heard while dating:

Lie #1. Apparently, closet girlfriends and/or boyfriends are in now. This insensitive lie is really the worst to discover. Realizing that the person you have been talking to is actually already cuffed, and even worse, you were the one helping them cheat with their current partner, creates a huge mess of a relationship. Who knew you even needed to ask if a person was in a relationship.

Lie #2. That awkward moment when you're on FaceTime with your partner and a random stranger walks by in the camera and you skeptically ask them, "Um...who was that?" And they reply, "Oh, that's just my roommate." Later you discover that that person is actually their significant other. Very awkward...so you planned to bring me over? Or did you just not have a plan?

Lie #3 is really a doozy. Hiding a kid is never okay. It's fine if you don't want to introduce your kids to every person you are dating, but saying that you don't have any and pulling out a portfolio of three kids is not okay.

Okay, really? No one is that naive to believe this lie these days (I hope). Why do we keep letting it be told? Honesty is the best policy. If you are talking to a bunch of people or none, just say the truth and be convincing because no one needs the b.s.

Burning down my house because you wanted to lie and say you can cook to "impress" me is downright obnoxious. At this point, I am thoroughly impressed if anyone in the millennial generation can boil water. So if you can't cook, don't lie saying that you can.

I understand that emergencies happen and sometimes they can ruin date plans. But when I catch you on Snapchat or Instagram living your best life now, you're just a big fat liar. You could have told me this wasn't a thing anymore and just cancelled our plans.

Disclaimers are really just things to note for me. If I didn't have to worry about your ex, then why even bring them up. What ends up happening is that their ex is still sending them sweet nothings every day.

The part that was missing in that sentence was, "just not with you". After this is when the Fall Back Stage begins. I begin to worry that it was actually me and something I did or said that caused us to break-up, but actually it turns out you just wanted more time to be a player.

In the day and age where letting your phone die is practically a crime, it's also simultaneously hard to believe that "your phone died." I know you're lying because I see you living your best life on all social media platforms and ignoring my calls and texts. Did your parents not at least teach you manners?

So your phone died, you went ghost on me for a full 24 hours, and "I didn't know what to say" is what you come back with? You literally could have said ANYTHING, starting with the truth. It is emotionally damaging to stand someone up, but to lie like you didn't know what to say is hurtful. How about, "I'd rather not go out with you tonight, let's reschedule" for starters?

This line is always said at the beginning of every relationship and it's really my favorite. Once I've heard it I know two things are about to happen: (a) you are just like everyone I've dated and (b) I'm about to be disappointed. Just because I told you a few horror stories about my past dating experiences doesn't mean you know everything that I have been through. So to assume you are nothing like my previous failures is pretty bold. The sad part is that you end up turning out to be just like my past relationship failures like you said you wouldn't.

This is the classic "Netflix and chill" routine. Guess we are just gonna blow past the fact that it's 1:30 AM and pretend this is not a booty call. Look, if you want to get laid, try Tinder, not my hotline.

Wait, what? No one is perfect and to say that you will never lie is instantaneously a lie. Just read all 14 examples before this and find the ones you have told. There is definitely at least one!

So these are some of the lies I've heard while in a relationship or even just dating someone. Share in the comments or on social media some of your favorite dating lies.