Honestly, the list is endless but here are just 12 things. 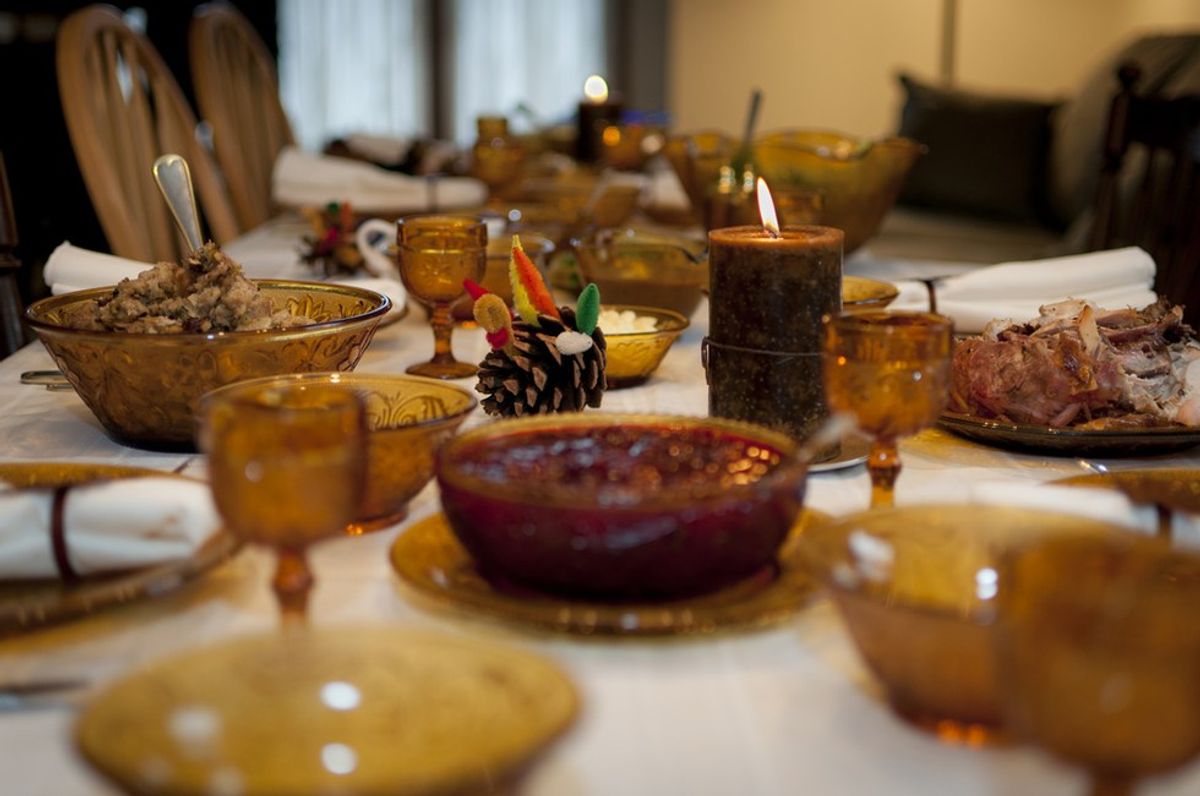 I don't know what it is about the holiday season that makes everyone want to talk about politics but I'd seriously wish it would stop. If you come from a family like mine, which is vastly politically diverse, somehow politics is ALWAYS brought up at the dinner table. Trust me, nothing screams family bonding like yelling at each other over political indifference on a holiday where we're supposed to talk about what we're thankful for. This holiday season, here are 12 things I'd rather do/ talk about over politics.

1. Talk about How Ridiculously Single I Am

Truthfully, honestly, I would rather endure questions of why I'm still single if I'm dating anybody or have someone say wow, when's the last time you've dated somebody?

I've always hated sweet potatoes but if I hear anyone mention Trump, Obama or Clinton; I'm putting as much of those things onto my plate and into my mouth to avoid communication on this topic.

I've always thought that having football games on Thanksgiving was so annoying because those players should get to spend time with their families. But damn, if we start talking about politics, I will be so insanely thankful for football. Let's go Redskins, beat them Cowgirls!

4. Play a board game

I don't know if anyone else's family does this but in my family, we play Life or Monopoly on holidays and it is torture. It can be more painful than talking about politics but I'd rather be accused of cheating than hear about how small Trump's hands are.

There are few things in life I despise more than Black Friday shopping. The crowds, no parking, shopping. It's all terrible.

6. Have to Fight Conor McGregor

Conor McGregor can roundhouse kick me in the face if that means I don't have to listen to someone talk about Clinton's email scandal one more time.

7. Be Jack in the Titanic

You know you're over politics when you'd rather get hypothermia and perish into the Atlantic even though there was room for 2 but it's whatever..it's fine.

If I would rather be at school than gorging myself with endless mashed potatoes and stuffing then there is seriously something wrong with me.

9. Be stuck in a Room with all my Exes

I'm not saying I ended on bad terms with all my ex's but I don't particularly like them at all. I'd rather hear them talk about all the reasons why we didn't work out then listen to any form of politics.

Honestly, the idea of playing chicken with oncoming traffic is more appealing to me than talking about politics.

You know when you stub your toe really bad and it hurts so bad that you take a minute just wallowing in the pain, I will choose that over politics any day.

Anything sounds more appealing than talking about politics. You wanna talk about politics? Cool, go outside and do it. Inside the house is a politics free zone where we don't talk because we're too busy stuffing our faces with food.