11 Things A Midwest Girl Learns Rooming With A Southern Belle

11 Things A Midwest Girl Learns Rooming With A Southern Belle

It's more than just geographical differences. 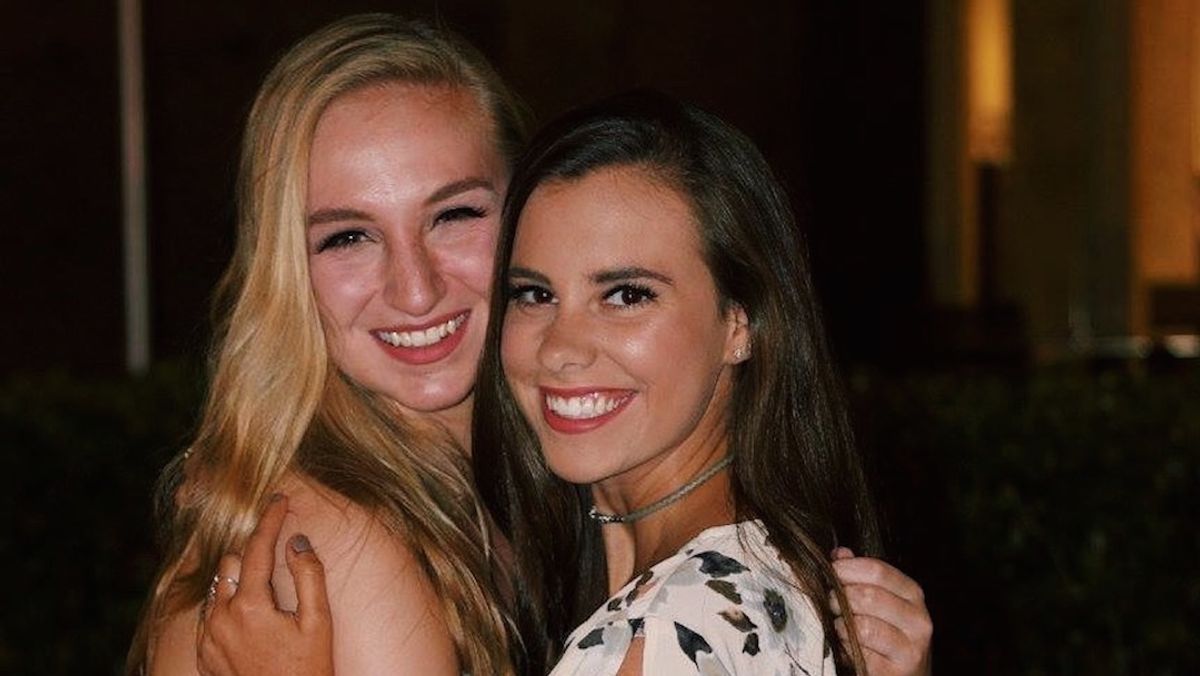 This year is the first time my roommate, Evan Ashley, and I have ever shared a room with another person. It has definitely been a learning experience, seeing as we grew up 1,190 miles away from each other. So here is what a girl from the suburbs of Chicago has learned from living with a girl from Tampa.

DISCLAIMER: these photos may be considered "basic" but considering we live in a sorority together that should be expected.

My roommate goes by her first and middle name: Evan Ashley. Back home, I didn’t know anyone with a double name but they’re everywhere in the south. I thought it was odd at first, but the more I got to know her, the more it made sense. She is neither an Evan, nor an Ashley. She just is Evan Ashley.

(Granted I call her “Ev” or “Rapunzel” more often than I say her full name but you get the point.)

2. Boundaries are important to respect.

We were raised in very different places by very different people. We both knew this going in, and we established some boundaries very early on. I know what she believes, she knows what I believe, and we know that we can’t change each other’s minds. But most importantly, we know that we don’t need to change each other’s minds to get along. I don’t love her because of her beliefs, or in spite of them, I love her because she’s her. I am willing to bet you $5 that she teared up reading this.

3. Southern belles are not like what you see on TV.

There's a lot going on underneath her trademark Rapunzel hair. First of all, she sheds more than my dogs back home do. She almost set a vacuum cleaner on fire trying to vacuum all of her hair out of our carpet. And that's barely scratching the surface. All I can really say without embarrassing her too much is that she isn't always a perfect southern lady and I am grateful for that.

4. Being needy is all right sometimes and having someone to lean on is perfect for that.

Before this year, I’ve never shared a room. I always had my own room growing. My freshman year of college my roommate never showed, and sophomore year I had my own room in an apartment. For the first 19 years of my life, I was used to being independent and having my own space. After the first few months of living in the same room as someone, I suck at being alone and I look forward to seeing her when she gets home.

5. Florida is a different kind of "South."

I had already discovered that Texas was not the south and was “just Texas” when I found out that Florida is a different kind of south as well. Evan Ashley has made it quite clear that Florida is not part of the Bible belt. Fair enough I guess, but so long as it is south of Lake Michigan, I consider it a part of “The South”.

This was hard for me. My first two years living in Alabama I never said “y’all” out loud. During my sophomore year I started to think it, but I never actually said it until I lived with Evan Ashley. Turns out it’s not actually a big deal. Nothing wrong with contractions.

7. Some people get colder than others.

I’ve had to learn that to some people, 70º is cold. It is 71º and sunny right now and Evan Ashley is bundled up in a sweatshirt and leggings. I, however, live for this weather and have been conditioned to soak up every ray of sun that I can get from October to March. After all, in Chicago you never know when it’ll be the last time you see the sun before it disappears all winter.

8. And therefore, thermostat settings are a compromise.

Similar to the previous point, we’re used to different Thermostat settings. We both get cold easily, but she prefers for room temperatures to accommodate that and help keep her warm. Meanwhile, I’m perfectly fine bundling up under sweats and blankets. Our compromise is currently 69º and I have a feeling it’ll go up once Alabama finally realizes summer is over.

9. Teaching each other slang is a lot of fun.

She taught me what the phrase “bless your heart” really meant, and I taught her what it means to “slide into their DMs.” It’s a very mutually beneficial relationship.

Evan Ashley is an only child, and a result she hasn’t had to share a room or a closet with anyone else. She moved into our room first, and I can’t say I was surprised when our shared closet was practically full before I had even moved in. On the bright side, I do have a whole other person’s closet to go through now so it isn’t too bad.

11. It’s okay to be different from the people you love.

I have learned so much from living with Evan Ashley, and I am grateful for that every day. I used to think it would be impossible to be so close to a person who I was so different from. I’ve met many people who think that if you didn’t vote for the same person in the last election then you can’t have anything to do with them. I’m glad this isn’t the case, because I don’t think I could survive without her.

(Being the southern belle she is, she definitely teared up multiple times reading this.)