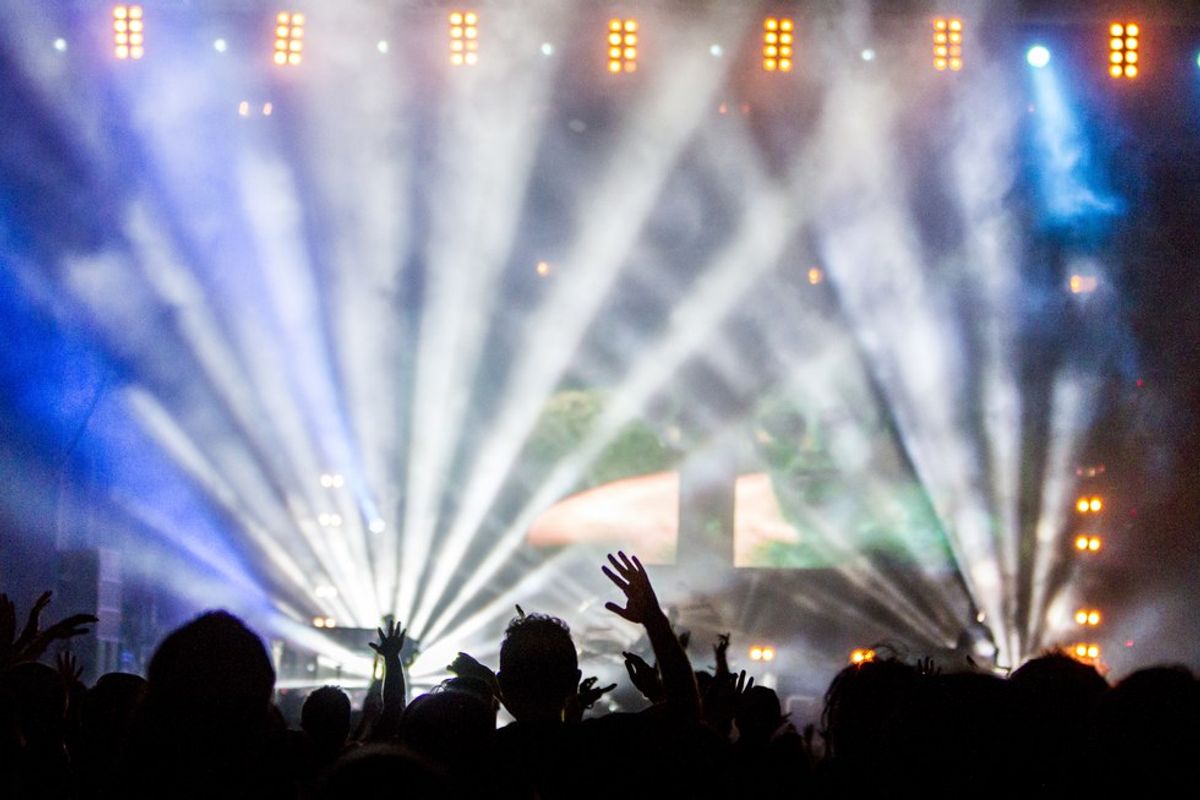 If you’re like me, music consumes your life. You could be a music major of sorts practicing or simply a music lover. You might be someone who simply likes music, but doesn’t know if music really consumes your life. This list will help you decide if you are unsure.

1. You hate silence. Just thinking of silence makes you cringe and squirm in your seat. Sometimes you even find yourself singing in your head to fill the silence. Singing out loud and becoming a walking radio. Personally, I’ve found that when you become the radio, people decide to turn on music.

2. Always have music on. It doesn’t matter if it will only be on for about five minutes; you just need music. Not just want. Need.

3. Friends come to you when they want something new to listen to. Due to your need of music, you sometimes get tired of the same music, so you branch out. You scour the internet for new music, finding new artists that most people have never heard of. Your friends know this, so you obviously tell them about the super cool new artist who has great covers and original music. This happens so often that you should probably be getting paid for how much you promote them.

4. You go to concerts all the time (especially small ones). Since you find all of these new artists, you obviously want to see them live. Since they are new and not a lot of people know about them, you can get tickets super cheap which allows broke college kids to go.

5. You know basically eery song (or at least have heard it). It doesn’t matter the decade or genre, you’ve most likely heard it before. You ca also name the song within the first note or chord. This is very helpful at a dance because you could be in another room and you’ll have plenty of time to get to the dance floor so you don’t miss your jam!

6. You also know all the words to songs you’ve heard, like once. Sometimes there’s a random phrase in your head and have no idea where it came from, it’s nine times out of 10 a song lyric. Some people take several times listening to a song before they know the song, but not you. You can sing along to the chorus by the end of a song the first time you hear it. No joke.

7. You start singing songs because of a single word or phrase said in conversation. It’s almost guaranteed to happen at a minimum of about once a day. Some friends find it annoying, others amusing, but you, my music-loving friend, says it is gold.

8. There’s always a song for every situation. Your friend is feeling nostalgic and wants a song suggestion. Sure, listen to this or this, they are such great songs. Oh you’re feeling '80s rock? Cool, check out my Spotify playlist dedicated to the '80s. Actually, just check out my Spotify channel, you’ll find what you’re looking for.

9. You listen to all kinds of music. Yes, we all have our favorites or a genre that people associate you with, but you will always surprise people with songs you know. Your friend would say “Listen to this song.” they play it, get maybe 30 seconds into the song (if that) and you know you’ve already heard it before. Now their mind is officially blown.

10. You love parodies. Whether you write or just listen to them, you love it. Everyone’s creativity to put new spins on songs is just amazing. Eventually you know and love that song just as much as the original.

11. Everything gets better when music is involved. Literally everything. Just imagine this: the entire training scene in "Rocky" or the scene in "Footloose" when the main guy is blowing off steam in the barn without music. Now that you’ve got that in your head, I don’t think I need to go on.