11 Reasons Why the Eagles Are Going to Finally Win a Super Bowl
Odyssey
CurrentlySwoonLifestyleHealth & WellnessStudent LifeContent InspirationEntertainmentPolitics and ActivismSportsAdulting
About usAdvertiseTermsPrivacyDMCAContact us
® 2023 ODYSSEY
Welcome back
Sign in to comment to your favorite stories, participate in your community and interact with your friends
or
LOG IN WITH FACEBOOK
No account? Create one
Start writing a post
Sports

Give them a maximum of three years. 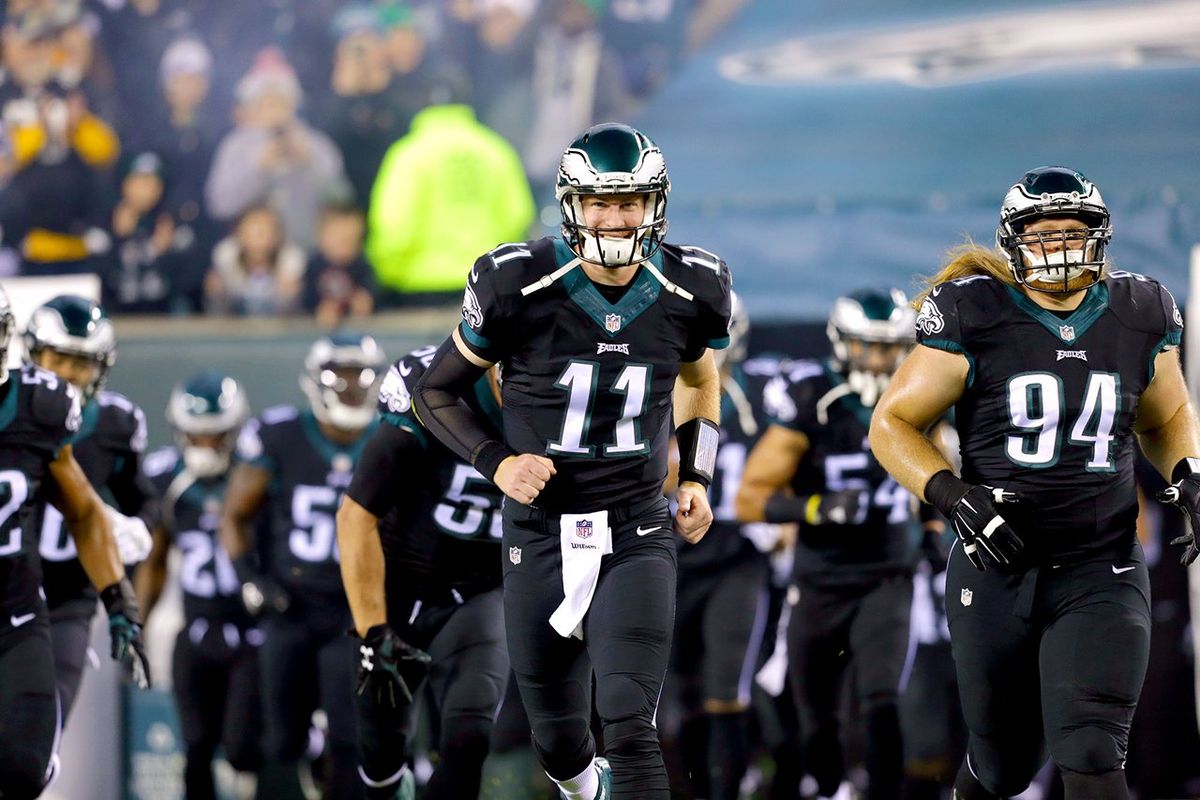 Give the Philadelphia Eagles three years and they will probably have a superbowl ring (or two) by then... Side note: If you were born and raised in Philadelphia, then there is no logical reason to be a Dallas fan...

Wait a second... sports stations ranked the Denver Broncos defense as number one overall in the NFL, with the Eagle's defense number one against rushing yards. After these two, top ranked defensive teams competed for the win on November 3rd, I think it is safe to say that the Eagles' defense dominated. Their D-line along with their secondaries were superior over Denver's offense. Eagles only let up 23 points, while the top defensive team overall let up a total of 51 points. Mostly in the form of touchdowns. Philadelphia's defense as a whole is energized and fresh due to the constant rotation's done by their defensive coach Jim Schwartz.

From 2013 to now, special teams coordinator Dave Fipp has only been improving. He knows how to shake teams up whether kicking or receiving the ball. With players like long snapper Rick Lovato, kicker/punter Jake Elliot, and punt returner/running back Kenjon Barner, no wonder we keep pulling off big wins when they matter the most.

All-Pro left tackle Jason Peters. Pro Bowl safety Malcolm Jenkins. Defensive end Brandon Graham. Special teams player Chris Maragos. And who could forget quarterback Carson Wentz. These players make their offense, defense, and special teams work like there's no tomorrow. When they are mic'd up, you can hear their superiority on the field and them reading their opponent's formation to change the play calls like true leaders for the Eagles. .

These early injuries are just showing how powerful this team is, even with their second and third strings in the game. Pro-bowl left tackle Jason Peters may have torn his ACL and MCL, but Vaitai, who is currently battling a hip injury, has been holding up the offensive line and learning more techniques every day while playing in Peters' place. Other players who have or have had injuries like Kenjon Barner, Zach Ertz, Ronald Darby, Brandon Graham, Beau Allen, and Patrick Robinson are all taking reps in practice or have recently been placed back in games. It is probably best that great players sit out early in the season rather than later. This can only benefit the team and keep them fresh. Also, can we thank Donnie Jones' injury for giving Eagles nation the blessing of Jake Elliot? Who can forget that 61 yard field goal against the Giants in week 3 to win the game with no time left?

E-A-G-L-E-S Eagles! After getting to two Super Bowls and losing both of them over the entire course of Philadephia football history, the fans are more anxious than ever to win it all. It is not far from grasp; Super Bowl LII rings could be coming the Eagles' way in February of 2018. Before Eagles make it to playoffs, fans are already buying tickets to Minneapolis. The New York Giants are listed as Philadelphia's division rivalry, but for Philly, they make Dallas and Washington envy them, too. The Eagles' fan base can be thanked for this.

Is it a miracle, or did the receivers stop dropping passes this year? This year's game against the Cowboys really proved something to the rest of the league. Offensive coordinator, Frank Reich, is totally doing his job this year and working hand in hand with head coach Doug Pederson to pull off consistent wins. When the offense is on the field more, it gives the defense a well-deserved break, and reverse.

With a tight end coach like Justin Peele, the tight ends are unstoppable this season and for seasons to come. Zach Ertz is questionable with his current hamstring injury, but he is still ranked as one of the top tight ends in the NFL. No other tight end is so quick and sharp at running slants like this guy! He takes every third down and turns it into a big gain. With backups like Brent Celek and Trey Burton, no wonder the eagles have so many go-to options.

5 words... Blount, Smallwood, Barner, Clement, Ajayi. In addition, Wentz is not listed as a running back, but somehow he currently has the third most in rushing yards for the Eagles!

Good things come back to good people. With many charitable organizations for great causes, players making millions are giving back to the community at large. With individual organizations and team organizations like the Eagles Charitable Organization, good karma comes back to help them win ball games.

Who can forget to look at the top quarterback in the NFL right now? Coming from North Dakota State, Carson Wentz is the heart and soul of Philadelphia. Last year was a rough season for him as a rookie quarterback with a rookie coach, but this season Wentz is being compared to Randall Cunningham. He can run, he can throw, he can lead, and he can win! As one of the best red zone quarterbacks and third down conversion quarterbacks, he can only progress from here. Healthiness is the key to success for this guy.

11. Leaders of the Organization

When Doug Pederson came in charge of the team in the 2016 season, the fans were sort of hopeless of who was replacing the awful, team-recker former head coach, Chip Kelly. As a second year coach, Pederson is now known as one of the most inspiring, motivated team coaches in the NFL! Players want to play for him. People like Malcolm Jenkins and Jordan Hicks get taken out of the game when their team is blowing out their competition, but they say in media press conferences that they still want to play. This is the impact Pederson has on his team. He is learning every day, and is not afraid to say it! The owner of the Eagles, Jeffrey Lurie, and executive vice president of football operations, Howie Roseman have finally hired a coach that can live up to Andy Reid. Howie Rosen needs to be given a TON of credit for the ways he has been building up the team.

Nicole Marie Nigro
Individual Creator
9565
c1.staticflickr.com
Where to start...... Let me start with the cliche that life throws us curveballs and what we do with it is what counts.