10 Things A Yankee Quickly Learns In The South

10 Things A Yankee Quickly Learns In The South 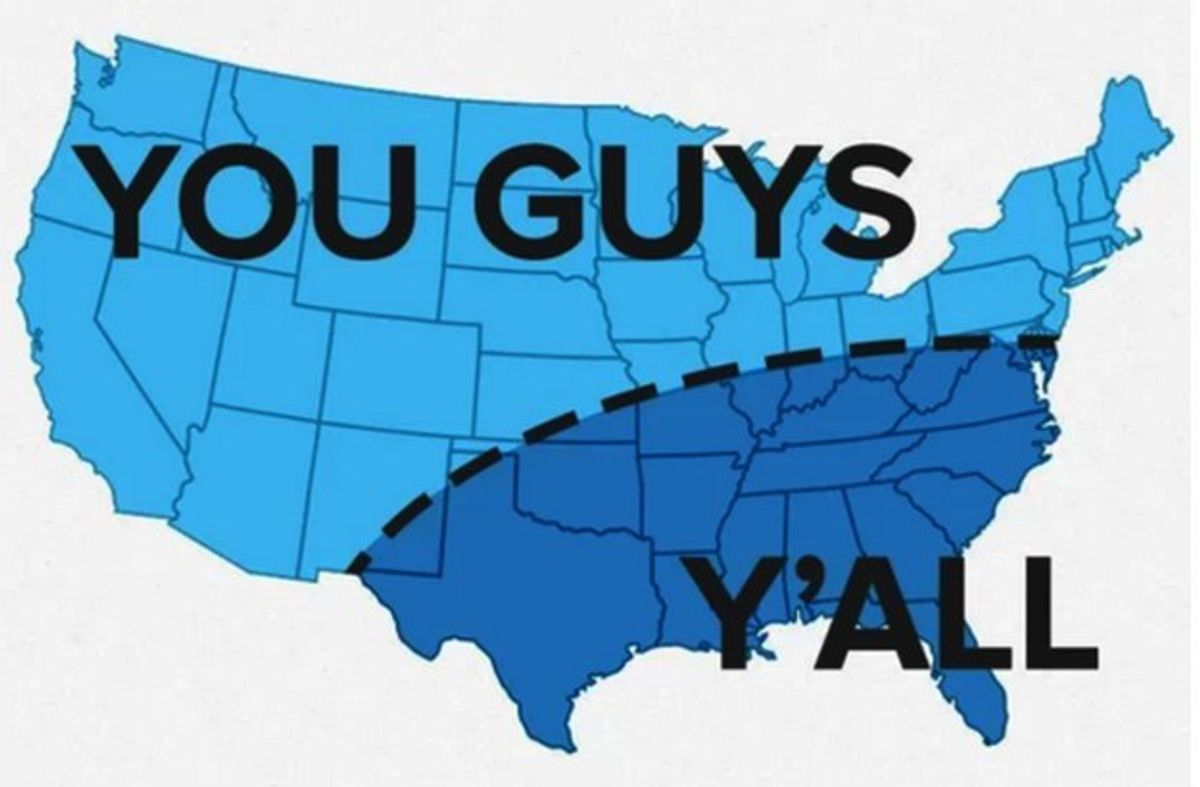 I’ve lived in the South for four years now, going on five. Although people down here claim to be “as sweet as their sweet tea,” there’s nothing they like more than to make fun of Yankees.

1. "Y'all" is an acceptable word for any amount of people

Whether it’s 2 people or 2,000, “y’all” can be used to describe any group of people. Can’t even begin to tell you how many people have gotten on my case about saying “you guys.” Sure it was a group of girls, but you get what I’m saying.

In the South, sweet tea is a pivotal part of life. No lie, I’ve seen baby bottles full of sweet tea. It’s astonishing really. Also note that if you tell a southerner you don’t like sweet tea, you lose a great amount of trust.

3. Blizzard means a few inches of snow on the ground

My sophomore year of college, we got about four inches of snow AT MOST. The whole state lost its mind. The worst part about it was that nobody thought to shovel/plow the snow, and it all froze over, resulting in the roads surrounding campus becoming impossible to drive on. Basically, I was trapped on campus freezing cold with no food. “Why?” you might ask? It’s simple really…

4. Blizzard also means everything shuts down and there's a shortage of food

When the South freezes over, it means all restaurants, whether high-end, chain, or fast food, shut down. Stores like WalMart and Publix also shut down, but only after everyone has prepared for what they feel is an apocalyptic nightmare and has bought out all bread, water, and canned goods. Not only do restaurants close down, even the school dining hall closed as well. Talk about a nightmare.

5. You can say anything you want, just as long as you end it with "bless their heart"

Seriously, it works every time. EVERY. SINGLE. TIME. The craziest thing I’ve heard was someone talking about their own child, saying, “Poor girl wonders why she doesn’t have a boyfriend while she sits there and stuffs her face with sweets, bless her heart.” I mean jeez, that’s your own FLESH AND BLOOD you’re talking about!

6. Breakfast, lunch and supper. Dinner does not exist.

The first time I asked a friend’s mom what they were having for dinner, she seriously looked at me like I had some crap on my face and said “Oh honey, bless your heart” (and by the way, I’ve had my heart blessed quite a few times in the last four years).

7. Anything can be fried. Anything.

When I think of all the things that I have seen fried since moving down here, I think of Bubba from "Forrest Gump" listing off all of the things he can make with shrimp. There’s fried fish, fried shrimp, chicken fried steak, chicken fried chicken, fried Oreos, fried Snickers, fried Twinkies, fried dough, fried ice cream, fried cookie dough, fried bacon, fried turkey, and on and on and on...

8. Pepsi is the devil

I’ve seen these new Pepsi ads that talk about how it’s the “Southern original” and I wonder, “what do Coke drinkers have to say about that?” I mean honestly, have you visited Atlanta if you didn’t visit the Coca Cola Factory?

This is probably the silliest thing I have EVER heard. It’s a shopping cart. A buggie is a slang term for a Volkswagen Beetle. The word cannot hold the same meaning as a shopping cart. It just can’t. I refuse to believe it.

10. Chick-fil-A is not just a restaurant, it's a religion

Chick-fil-A is the solution to all problems. Whether you’re happy, sad, mad, or just plain blah, Chick-fil-A makes everything better. Even better than it already was. There isn’t a bad item on the menu, and it tastes so good it’s like heaven in your mouth.

And there you have it, a list of things I’ve learned since moving down here! So, if you don’t like Chick-fil-A, have never heard of a buggie, drink Pepsi, don’t eat fried food, eat dinner, and don’t drink tea, then bless your hearts, because y’all won’t survive in the South!

This morning, the Instagram account Black at UKY (@blackatuk) posted on their story, asking for fellow students to share their concerns about returning to campus over the next week. This student-run account has blown up in popularity over the last month or so because of their attention toward and consideration of all social issues that students are concerned about, as well as their personal experiences on campus with such issues. Although their namesake specifically references the Black Lives Matter movement and racial disparities on campus, their inclusion of a wide spectrum of issues prevalent in students' lives has drawn much attention within the UK community.

Could THIS be the most dramatic season in "Bachelorette" history?

Amanda Brennan
University of Illinois at Urbana-Champaign
@tayshiaaa on Instagram

Rumor has it that Clare found her person early on in the process and did not want to continue with the process of leading other men on throughout the season.