Everyone has those questions they wonder after "Gossip Girl"... Well here they are. 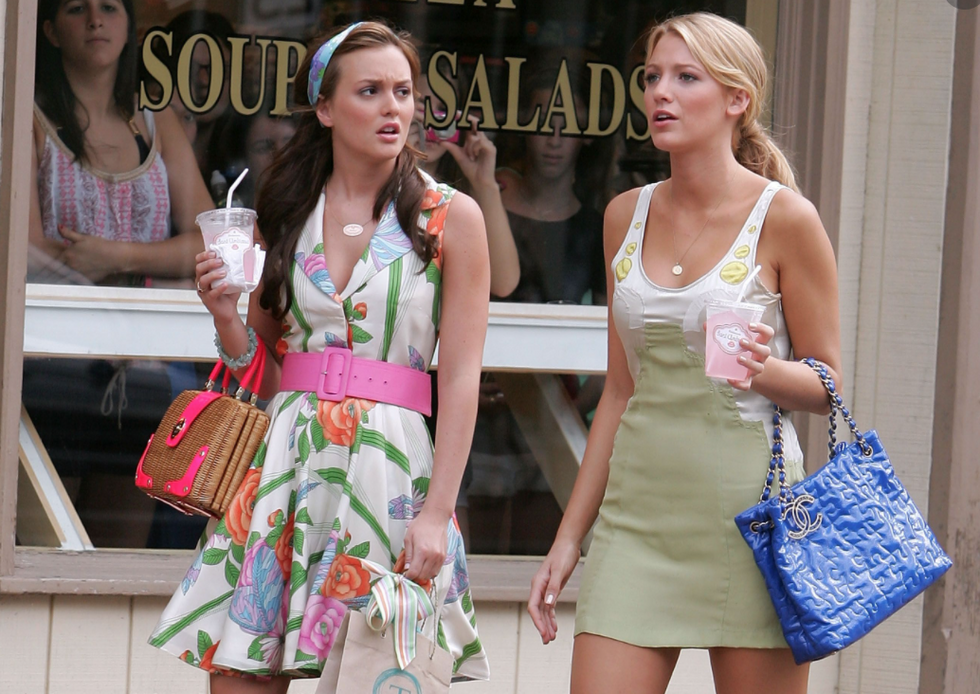 If there is one show that is making its comeback in today's generation, it has to be "Gossip Girl." Who would have ever thought that a teen/young adult drama taking place in the Upper East Side of Manhattan would give people so much enjoyment? It definitely did. The show ran from 2006-2012 with many emotional ups and downs. Even though the show ended, there are still some unanswered questions we are all wondering about.

1. What happened to Dorota's family?

Throughout the show, a fan favorite was Dorota; Blair Waldorf's quirky maid. In season 3 Blair finds a pregnancy test and believes it's her newly married mother's. In all actuality, it's her maid Dorota's! Dorota has been in a secret relationship with the doorman Vanya. In the episode" Inglorious Basterds," Dorota tells Vanya she is pregnant and he proposes. They later get married and have two kids. In the final scene of the show, we see Dorota helping Blair and Chuck's son Henry pick up his toys. So what happened to Dorota and her family? P.S. One of Dorota's deliveries affected one of Blair and Chuck's break-ups and for that I still hold a little resentment.

2. Why did they forgive William Van Der Woodsen?

When Serena and Eric's father, William came back into the picture it was because their mom, Lily “had cancer." William was a doctor and was going to help cure her. Later on in the series, we find out IT WAS ALL FAKE. That is the ultimate betrayal. Then, in the season finale at the fast forward to 5 years later, we see Lily kiss William. The real question is… How could they forgive a guy who made them all believe their mother was dying of cancer?

Chuck Bass's father, Bart Bass, was killed in season two in a car crash. The funeral brought tears to everyone's eyes, especially seeing how in pain his son was after his death. PLOT TWIST! In season 5, Blair and Chuck discover that Bart is still alive and find him hiding out at a brothel. Thankfully he dies at the end of episode 9 during the last season. The real question is…. WHO WAS BURIED IN BART'S CASKET AFTER HIS FIRST DEATH?

4. What happened to baby Milo?

At the end of season three, psychopath Georgina Sparks shows up in Dan's loft with a big pregnant belly and declares Dan is the father. In season four, we are introduced to Milo Humphrey. Later on, Georgina tells Dan that indeed he is not the father (Maury voice). She later moves in with her parents and takes Milo with her. Milo makes it into a few episodes in season five with Georgina's new husband, Phillip, who seems to be the only one taking care of him while Georgina is Dan's new manager running around NYC. In the finale episode we see Georgina rubbing Jack Bass's shoulders, so did she just leave her son with the desperate daddy and run away with an older man? We may never know.

5. Why did rich people get married in a townhouse?

The whole Gossip Girl group has money. Though at the end of the series, Serena and Dan end up getting married inside a small townhouse with no wedding decor or anything fancy. I get sometimes simpler is better but not when you are a millionaire.

6. What happened to Monkey?

Monkey, the dog Dan gave to Chuck in order to relieve Chuck's pain over losing Blair may have been the actual key to Chuck's heart. Yes, yes I know Blair and Chuck are soulmates (I am a big “chair" fan) but if you think about it, when Chuck was going through a really hard time, Monkey was always right by his side throughout the journey. In other words, Monkey changed Chuck and to not see him in the last episode may have broken our hearts.

7. Since when do waffles make you skinny?

If I have to see Rufus Humphrey make one more waffle in the morning I might die. The Van Der Woodsen/Humphrey family were always eating waffles. I mean all those carbs will take a toll on your body. Not for the Upper East Siders though, everyone in that family was skinny. Did we ever see a Humphrey or Van Der Woodsen workout after those waffles? No!

9. Why was Gossip Girl an emotional wrecking ball?

It took me exactly 7 days to finish 6 seasons of "Gossip Girl." Yes I know, I am a very devoted and dedicated person. During and after the show, I realized how emotionally unstable the show made me. Do not get me started on the toll Chuck and Blair's relationship had on me too. The fact that I would stay up till 4 in the morning to finish a season isn't normal. I also noticed that I cried more watching Gossip Girl than I did when I found out I failed my ACT. I still don't think I have fully recovered from it.

10. How long until you start it again?

I finished "Gossip Girl" less than 2 weeks ago. As of now, I am still re-watching my favorite scenes, so it shouldn't be long until I click start and begin my journey all over again.

Until next time, Upper East Siders.