Hmm, I don’t know, maybe raising another human for at least 18 years. 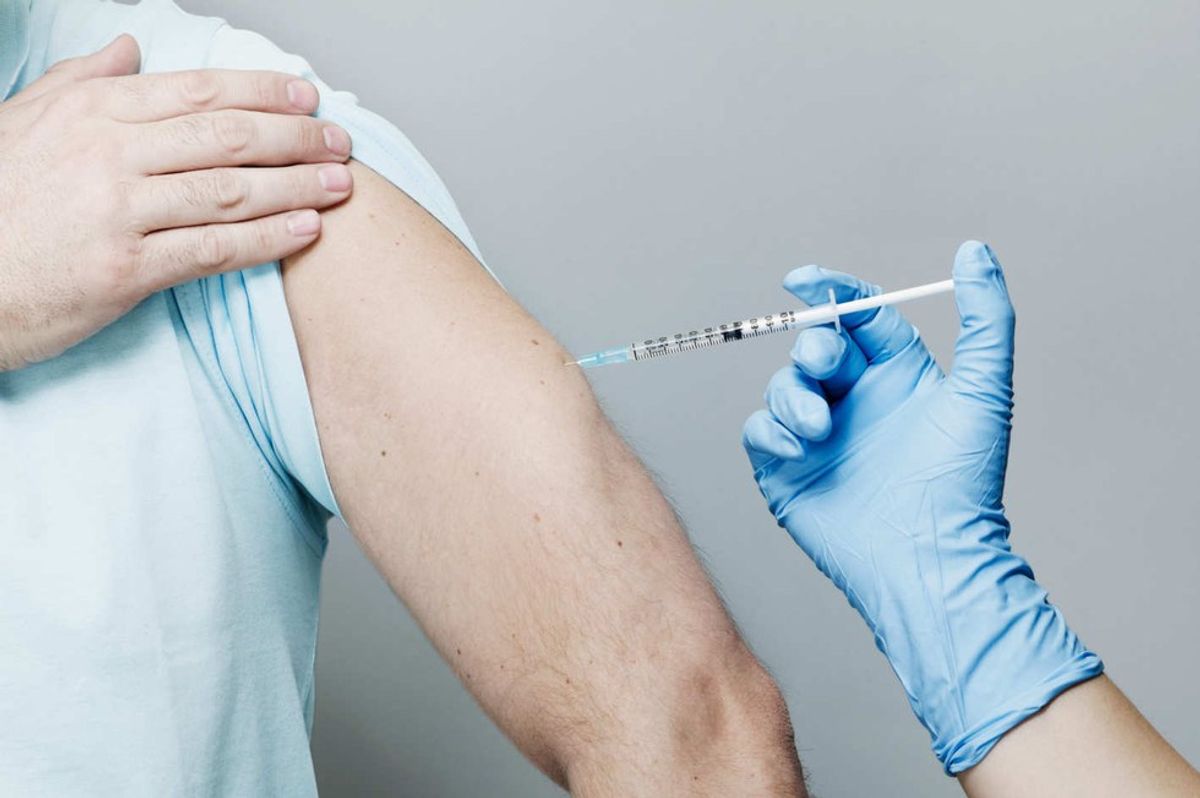 Recently a study came to light that was conducted from 2011 to 2012 regarding the creation of a male hormonal birth control. This birth control was a shot that males during the study would receive every eight weeks.

The shot contained “progestin” a synthesized version of progesterone. This synthesized dose caused lower testosterone levels which in turn created a reduced sperm count. The study examined sexual activity between men taking the contraceptive and women who were forgoing hormonal contraceptives. This study resulted in only four pregnancies while it was being conducted. So, where is this magical miracle drug? Apparently, this study was pulled when the men in the study, approximately 3% to be exact, began to experience side effects of mood swings, depression, and even *gasp* acne. THE HORROR! Of course, because we live in a world where fragile masculinity is rampant, the study was ended and we are still without this helpful product. Let’s remember that equivalent drugs for women often result in these side effects in an estimated 30% of women. That’s a tenfold difference. So, for all my man friends who think that some measly side effects would be the end of the world for you, here are 10 things that would actually be worse than a few zits and sadness:

Man Flu is totally real. You are definitely dying, it’s not just a cold. Better get your will in order because it’s over for sure.

Damn, that can hurt. You got a boo boo? Just think if you have kids, your mom can’t kiss your boo boos anymore. She’ll be too busy kissing your kids’ boo boos.

Your barbecue being ruined

What do you mean that Joe brought veggie burgers? What the hell?! You’re a meat loving man. #WheresTheBeef?

Get ready to sob your way through Sunday night football for the third week in a row. There go your Superbowl dreams. Guess you’ll have to enjoy the commercials.

Not being able to watch an action movie ever again

Your girlfriend doesn’t like the way that you check out Scarlett Johannson every time you turn on The Avengers, so she hid all your action flicks. Get ready for a good cry because you’ll be watching every Nicholas Sparks’ movie known to man for the foreseeable future.

A gay dude checking you out

Bruh, you mean that dude shot you a look across the bar? Not cool. Better check out that chick he’s with so you know that you’re super hetero.

Ladies night at the strip club

Yeah let’s hit the strip club! Ladies night? You like ladies, you should definitely check that out. Oh s#!%, those are not the “poles” you were looking for.

Your favorite yard work, beer drinkin’, football watchin’ tank. It already had holes in it but now it’s completely ruined, not even your mom can patch it this time.

Sex on the beach? Nah, you’re a PBR man. That fruity crap isn’t for you. You chug that beer and crush the can on your head.

Hmm, I don’t know… maybe raising another human for at least 18 years…

Personally, I think that raising and being responsible for an actual person for at least 18 years would be a pretty sucky tradeoff for a little mood swings and some zits. Raising a child to adulthood in the current American market can cost you upwards of $245,000. Seems a little ridiculous to me. That's 245,000 McChickens. Wouldn't you rather have some McChickens?

Here’s the thing, sex is fine and good, hell it can (hopefully) be great most of the time. But the reality is that sex between men and women can result in pregnancy and that is a risk that is ever present. Abstinence until marriage, while great in theory, isn’t how our society works anymore. More and more young adults are engaging in sexual activity. Furthermore, if you are pro life at all, having sex, and don't want a child, then maybe this is something you should start advocating for, not just the sex positive world. The point is that if you are going to have sex and you don’t want kids, then you should take precautions against pregnancy and know your options. For decades, we have been searching for a male counterpart for contraceptives and we nearly had one, only for it to be shattered by men who were unable to handle their emotions. The time has come to accept some of the side effects and swallow your pride because men should be just as responsible for pregnancy prevention as women are.

Emma Hyatt
313
The Truth About My Parents' Divorce