10 Things You Should Know When "Adulting"

True life: you're not a baby anymore. 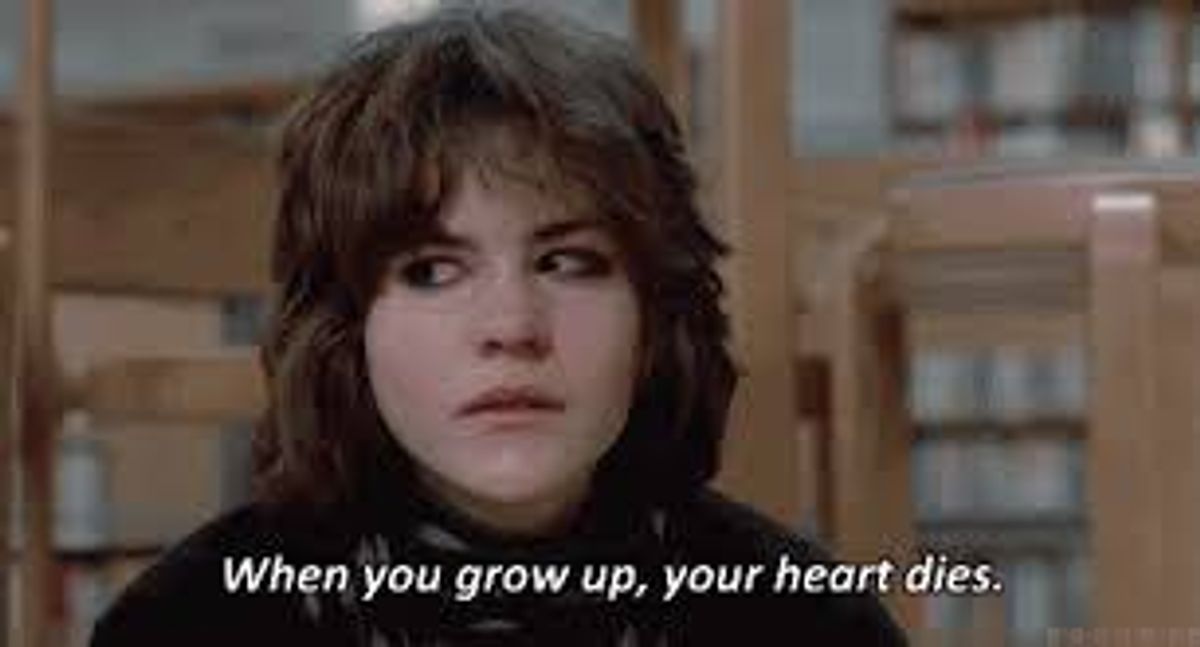 Looking back on my freshman year, which is coming to a close in nearly 30 days, I've had a lot of growing up to do in a short amount of time. From leaving my hometown of Atlanta, GA to moving to New England and renting my own apartment, I have had my fair share of "adulting" failures and successes (but mostly failures). Below is a list of 10 things I've either learned or had the pleasure of experiencing first hand through many adventures these past two semesters as a young adult.

Here are my stories

Without your mother to guide you, forcing you to do things, you yourself are a walking mess—a tornado of miscellaneous items and filth waiting to let all hell break loose. Don't let that laundry sit for longer than two weeks. You will regret it when you are crying next to a dryer drinking boxed wine on a Sunday.

You seem to have way too much of it, but yet so little. You'll find deja vu in the fact that you're napping at odd times in the day, just like in infancy, waking up questioning what day of the week it is. That being said, you have four papers due in less than two hours. So honestly you don't actually have time. In short, time is a tease and while her appearance may seduce you to hit the snooze button a few more times, she'll screw you over in the end.

Remember when you could ask mom and dad for some extra cash whenever you ran into them? They stop doing that. See once your tuition is in the double digits, they feel they've provided enough for you, which is fair. Make sure to budget. Too many a time you'll find your self with $1.38 in account. You may hear the bar calling your name, but due to the fact that you bought Starbucks six times this week, it may not be possible. Which brings me to my next point.

4. Remember: you came to college to study, not drink your liver away.

You may only have four or five classes a semester, but trust me; you will be bombarded with work at some point in your college career, and its better to start getting a handle on a good study schedule sooner rather than later. Sometimes it might be smarter to spend your night sitting at a table studying for Chem, rather than dancing on one.

You'll fall accustomed to the appeal of unlimited meals swipes a few too many times.However, campus food is sh*t to be frank. Late night Domino's will be a weekly ritual, maybe daily, depending on the emotional trauma of the current week, so you'll want to find a healthy balance in your eating habits. The gym is your friend, not your enemy.

6. F*#K Boys are on the prowl, and freshman are their favorite prey.

Boys will stop at nothing. You'd hoped they matured at least a smidgen after high school, but at times you'll actually find they've gone through a reverse evolution. Be careful. Getting attention from an older boy is a confidence boost in the moment, but can lead to a recipe for disaster. Not all guys are schmucks obviously, but the ones who aren't—won't catch your eye for a few years. Looks like you've got some maturing to do as well.

7. Having a roommate takes some getting used To.

Luckily, I don't have a roommate this year. I will next year (god help me), so this advice comes from my future roomie, Julia. You are no longer in the comfort of your own home. You can't be naked whenever you want. You can't throw your stuff around the room hoping mommy will eventually clean it up. Mindfulness is a necessity now. You want to use the room? Better send a text in advance. Awkward encounters are bound to occur. Fights will happen, but you'll work your way through them. That being said, there are perks. You have an entirely new wardrobe to pick from, as long as you ask, please, please ask first. A therapist during the late hours of the night, and someone to wake you up in the morning when you've slept through class.

Social activity is awesome, but it can sometimes get overwhelming. It's okay to take a break from everything and watch "Bates Motel," binging on Oreos (they're vegan friendly apparently, so I guess thats healthy??). College ages you, it's okay to channel your inner 5- year-old once in a blue moon. Don't like your friend's attitudes today? Hang with Ross, Rachel, Joey, Phoebe, and Monica. They'll, "..be there for you, when the rain start to pour."

Yes, some classes are absolutely too early. I have four 8:00 a.m.s a week. But that's what you signed up for. You do not want to find yourself staring at your final exam not knowing what the heck is on the page because you skipped your lecture on Race and Gender in Society four times this semester.

10. Learn to not sweat the small stuff.

Overall, growing up isn't so bad, in fact it's inevitable. You're barely legal, there's so much more to learn and experience. Don't let the many challenges of your freshman year motivate you to leave school and move to Neverland with Peter Pan. Take life by the reins and show' em who's boss. You will fail and, through those failures, you will learn your most important life lessons. College is your trial and error period. Take advantage of it.

Well, it's time for me to take my own advice and do the dishes that have been piling up since last week. Keep calm, and adult on.