10 Things You Learn When You Have a Part Time Job

Having part time jobs through high school and college has taught me so many valuable things and given me just as many wonderful opportunities. 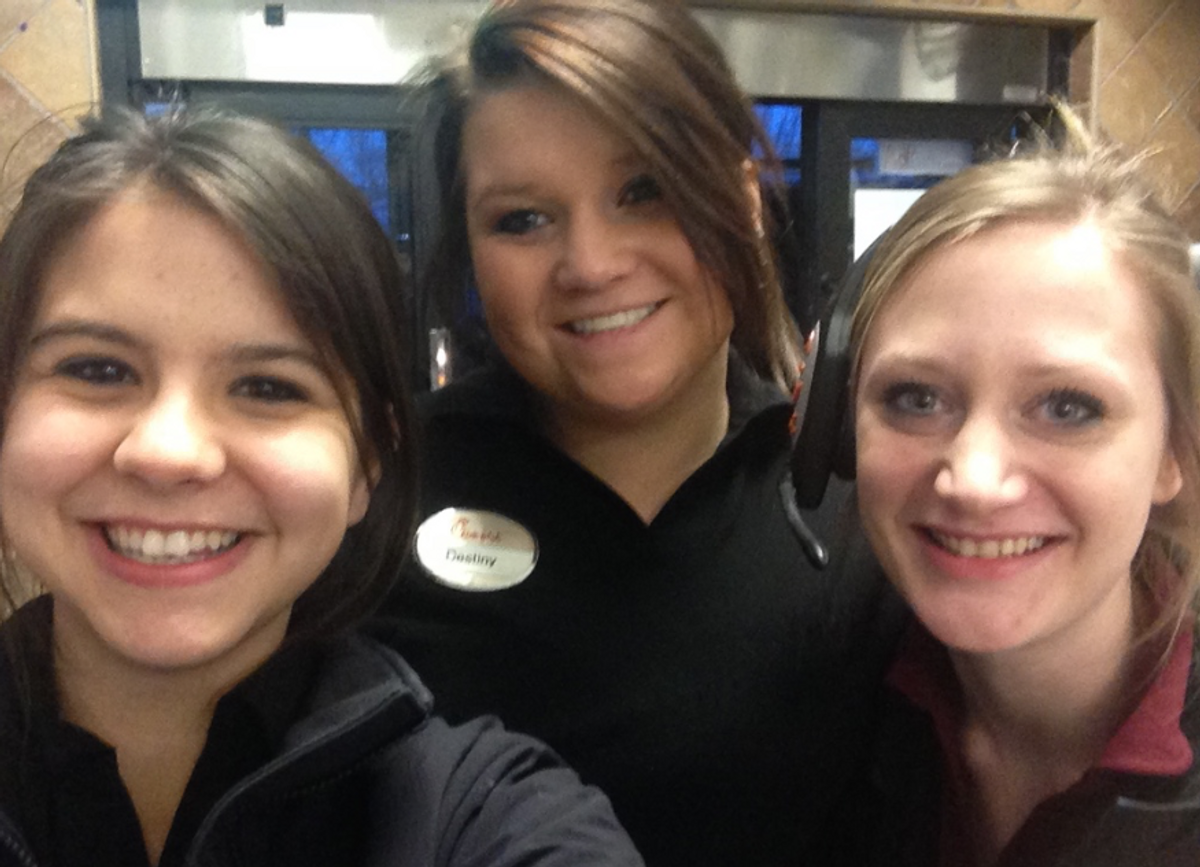 Since I was about 14 years old, I have had a job. Not because I necessarily had to work that young, but because I wanted to. I love having something to do, and working hard for my own money has always empowered me. Now, at 21 years old about to graduate college, I couldn't be more thankful for the big things I've learned while working those small part-time jobs.

Not only within the workplace, but also in my everyday life. Balancing high school classes, two jobs, a varsity sport, several clubs, a social life, and my family taught me quick that managing my time was the most important thing I had to do.

Taking after my father, I am always on time. I hate being late, and I rarely ever am. 10 minutes early is on time and on time is late. That's just the way I work. In some workplaces, being late could mean losing your job. Getting up those 10 extra minutes to make sure you're on time really isn't that bad.

When I started making my own money, I also took on some of my own financial responsibilities. I usually pay for gas, groceries, sorority dues, a credit card, and anything else I might need. Planning out how much money you will make versus what you will be spending it on is a basis of adulthood.

Not everyone I've worked with have been my friends, but it is always good when that's the case. I've also had a job where many of my friends worked together, and that was also tough at times. It's important to be able to work with others in any situation, whether you like them or not.

Part of a job is that you are working for someone else. Whether it be a boss, the public, country club members, etc. I've learned to be humble and serve others out of respect, not necessarily for the pay. If you can't learn to do this, you will have a hard time with a real full-time job.

After making my own money and realizing the value of it, I appreciate things so much more. I know that money does not grow on trees and that someone worked hard for that money. Every time I spend money on stupid things, I think about how many hours of work I worked for that money.

It's a great feeling to be given a duty/responsibility at a job. It makes you feel important, like you matter. You learn to take these responsibilities seriously.

Learning things at different jobs has been one of my favorite things to do. This summer, I worked for a criminal law attorney and I learned so much about laws and legal processes. It was interesting, and even though I am going into the business field, the things I've learned could possibly help me in the future (hopefully not, lol).

A job can be just that, a job. You can come in, do your duties, and get paid. But one of the most important things I've learned is that going above and beyond gets you so much further. I had an older lady at the country club who brought me a gift certificate to a nail salon all because I always had her drink ready for her when she came in. Stuff like that stands out to people and makes them appreciate you so much more. I didn't do it for the extra tip money or gifts, I did it because I wanted her to feel special.

So, I'm not criticizing anyone my age who has not had a job. Heck, sometimes I'm even jealous of you. But I also know that having had 8 part time jobs by the time I was 21 has given me so many opportunities to grow myself and learn new things, and I'm proud of myself for working hard and of course, making lots of good money.