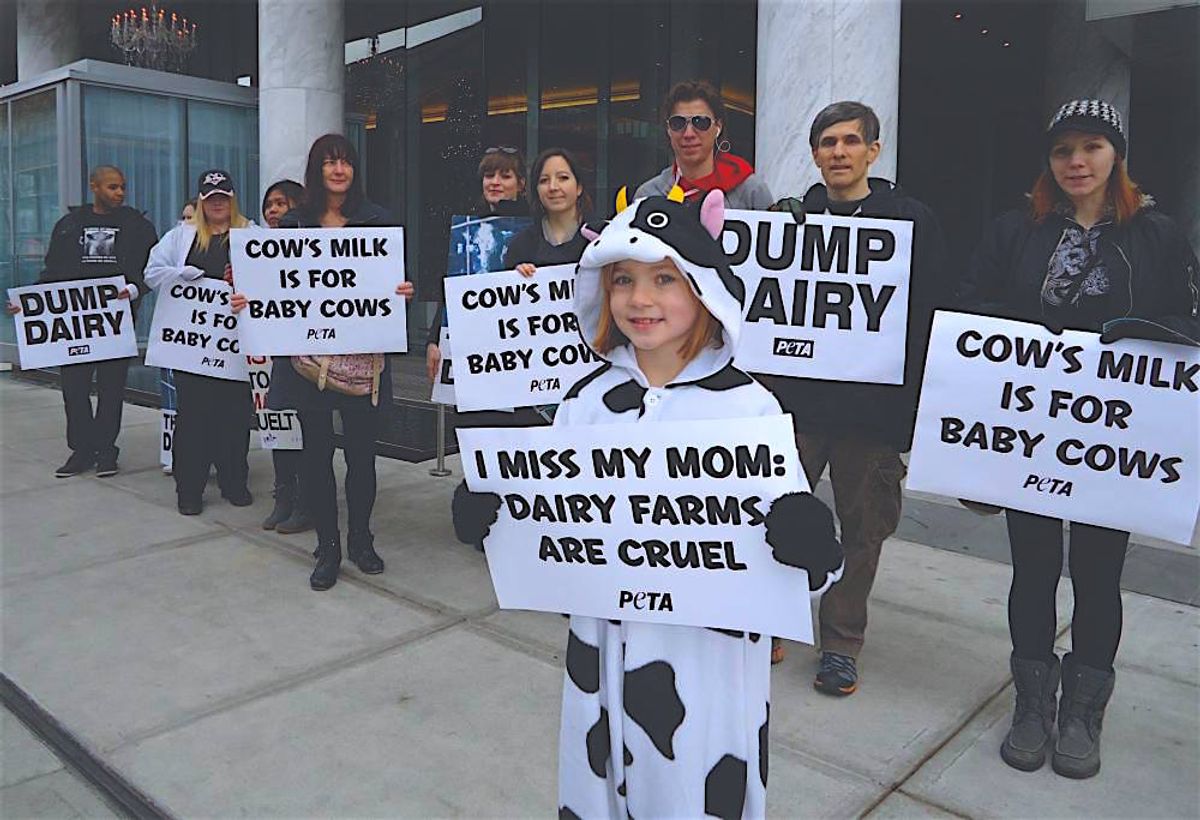 So last week, I wrote an open letter to PETA, calling them out on their lack of salvation for the animals burned by the recent wildfires. I received a lot of attention for this article, both good and bad.

In reading the comments posted in response by animal rights activists, I discovered some things that just didn't add up. Amidst the insults and hypocrisy, there were just some downright stupid assumptions that these people see as facts. It's not their fault, they're just uneducated, so I feel we as an industry should try to get some truth out there.

So, here are 10 things I wish animal rights supporters knew about the livestock industry:

Just because some cow somewhere lived to be 25 does not mean that they would live that long without the agriculture industry. Most cows used for beef production live to be about 13-15 years old and die of natural causes. In sandy environments, cows live around 5-9 years because the sand degrades their teeth to the point that they cannot eat.

2. Livestock would mate and reproduce each year without the help of humans.

I kinda thought it was common knowledge that most species cycle monthly when they reach sexual maturity. When females cycle, they do their best to get bred. There's no forcing going on there. If they were left in the wild, they would still mate and reproduce causing inbreeding.

3. Farmers and ranchers are not just upset at the loss of profit from these fires.

I couldn't believe my eyes the first time I read this, and then the second, and eighth. Farmers and ranchers are not only upset about the loss of profit, which is devastating, but also upset to see their animals suffer. Have you ever had to put something out of its misery? Watch a cow writhe around sluffing its charred flesh off, hear it wheeze, and watch a rancher put a bullet in its head out of pity, and I guarantee the sadness in that rancher's heart isn't about money.

There are hundreds of breeds of cattle out there. Some breeds have certain traits that are suited for different parts of production agriculture. Not every momma cow is milked by hand daily and her milk sold.

5. All dairy calves are not ripped from their mother and slaughtered moments after birth.

I don't know much about the dairy industry, but since it is up and running obviously there have to be live calves to grow into cows and bulls.

6. Beef cattle are not raised in close quarters.

The operations that raise beef cattle from birth are called cow/calf operations. These cattle roam over large pastures and fields most of their lives.

7. Sheep are sheared for their own good.

I cannot count how many pictures I have seen posted by animal rights organizations of mutilated sheep. That's gross and unless someone is a complete dunce with a razor, that never happens. Sheep will overheat with a full coat, or become matted to the point he/or she cannot move.

8. There is not enough cropland to sustain everybody in the world.

Oh man, okay so as animal rights activists you guys want us to let all the cows, horses, sheep, goats, and pigs roam at their own free will. You think we can all live off veggie-tales reruns and rainbows but that is not so. If all animals are roaming free, they have to eat too. So they need space, and the crops humans eat need space. IT WON'T WORK.

Lol, yeah right. Have you worked in agriculture? The bank owns our asses.

You can go on your crusades, you can martyr yourselves. It's not gonna work. Meat will always be a necessity.

But mostly PETA people, get educated!

animal welfare
Report this Content
This article has not been reviewed by Odyssey HQ and solely reflects the ideas and opinions of the creator.