10 Reasons You Should Live In Louisville
Odyssey

10 Reasons You Should Live In Louisville 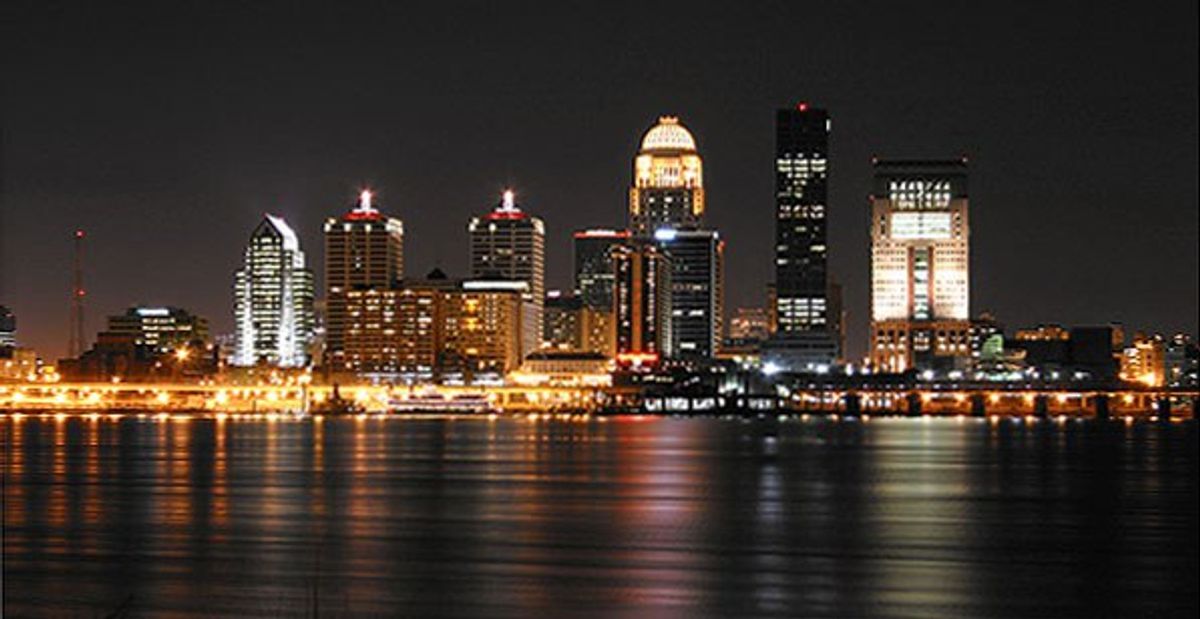 It's April and the semester is winding down. Projects and papers are due, study guides are being...studied, and if you're a senior you might just be freaking out about the future. I know I did, because I graduated in December. Between applying for graduate school and trying to find a job to achieve some kind of income until the following August, my head was spinning. The only thing that kept me sane was imagining my life outside of Kentucky, because I was definitely moving away to obtain my Master of Education.

While I was accepted to several out of state schools, somehow I had settled on the University of Louisville. It was the last acceptance letter to come in the mail and the last school to which I'd applied. Even though I had planned on getting the heck outta dodge, Louisville seemed like the right choice. It wasn't too far from home and I had family there. Surely two more years in Kentucky couldn't be too terrible? Oh, my expectations were so low. Moving to Louisville changed everything and I fell in love with the River City.

So, if you're in the same position I was in on the precipice of my graduation you need to add Louisville to the top of your list of potential places of residence. Not convinced? Let me give you a few reasons why!

Nothing confuses out of state-ers more than how we pronounce this place. I have to stifle giggles whenever I hear someone say Louis-vill or Louey-vill. Proper pronunciations are as follows: Louey-vul (you might still get some giggles for that), Lou-a-vul, or the most correct pronunciation: Luhl-vul.

If you're a Cats fan you are already rolling your eyes at me, but check yourself before you wreck yourself. There are just as many UK fans in this city as there are Card fans (with a few Hoosier fans in the mix, too). Nobody will confront you for wearing UK gear, and nobody will try to fight you if you're in the bar cheering them on. We're an accepting breed of people here, so go ahead do your thing Cats fans! Louisville is a safe space for you, too!

8. A Place For Everyone

Louisville Metro is made up of several large neighborhoods, each of which have their own personality and charm. Are you into the arts and bar scenes? Love shopping in boutiques and eating local? Do you have eclectic taste? The Highlands, Clifton, and Butchertown are calling your name. Looking for a suburb vibe that's still fun and young...maybe a little on the preppy side? Check out St. Matthews asap. Want to live in the heart of the city (and have a little money to spend)? NuLu would be perfect for you. If you're going to graduate school at UofL like I did, check out Old Louisville...you may find an incredibly charming apartment in one of the historic homes that line the streets. Point is, there is a neighborhood almost tailored for you here. There aren't many other places that offer this!

Do you like to bike and jog? Enjoy nature? Want to play tennis or basketball? Louisville is home to some incredible parks. My personal favorite is Cherokee Park, but there are many more to choose from. It's great to be able to get "out" of the city without even having to leave it.

Louisville is perfectly situated in the western part of our Commonwealth, right on the Ohio River. In any given direction, you'll find that road trips to awesome destinations are more possible than ever. Down South you can easily get to Mammoth Cave or Nashville, to the North you can access Indianapolis and Cincinnati, right down the road to the East is Lexington, and if you want to see the Arch St. Louis isn't very far West. There aren't many other cities that can boast such a convenient starting point for road trips!

Louisville is the biggest small town ever. After a year and a half of living here, I couldn't go anywhere without running into someone I knew! That's pretty good for someone who didn't have many connections in the area before moving. People are so friendly that you'll have no problem making new friends and finding out about all of the fun things going on in the city. Which brings us to...

There is never a dull moment here in the River City! You certainly won't get bored living here. Louisville is home to the Kentucky State Fair, Forecastle Music Festival, Waterfront Wednesday concert series, the Speed Art Museum, Kentucky Derby Museum Muhammad Ali Center, and Louisville Slugger Museum, concerts at the Yum! Center or The Palace, fish fries, and a slew of festivals. If you're really brave, head down to Waverly Hills Sanatorium to ghost hunt or go zip lining in the Mega Caverns. Love bourbon? Check out Louisville's Urban Bourbon Trail.

Its world famous for a reason, folks. I mean, Her Majesty the Queen of England has even attended before. Here in Louisville, Derby isn't a one day event. Heck no, it's a two week affair with the Derby Marathon, Thunder Over Louisville, Taste of Louisville, Thurby, Oaks, and of course THE horse race of the U.S. Bourbon, fancy hats, celebrities, mint juleps, horses, what's not to love? Don't want to deal with the Derby traffic? One of your friends is probably going to host a Derby Party the day of. Pro Tip: Derby is also the best day to run errands because the entire city is at Churchill Downs.

It really doesn't matter who you are, how you identify, who you vote for, or what your hobbies are when you live in Louisville. People just accept you for being you. The city is teeming with diversity and actively celebrates it. If you feel out of place where you are now, you can find your place here.

National Geographic recently named Louisville #1 on the list of Top 10 Food Cities in the world, handsomely beating food cities in France and Italy where food is kind of a big deal. You'll never have to eat at a chain restaurant ever again because the local places are on point. First and foremost, get yourself a hot brown and thank your lucky stars for allowing such a delicious food exist. Brunch, Dinner, and drinks are like Olympic sports down here (I wish). Places you have to try: Game, Ramsi's Cafe on the World, Mussel and Burger Bar, Jack Fry's, Mojitos, Louvino, Bristol Bar & Grille, El Camino, Bluegrass Brewing Company, Lilly's, Mike Linnig's, Uptown Cafe, and North End Cafe. They're all fantastic, but they are only a teeny portion of the many places you can visit to tantalize your tastebuds.

Still not convinced? Come for a visit and see for yourself. Your mind will change right quick.