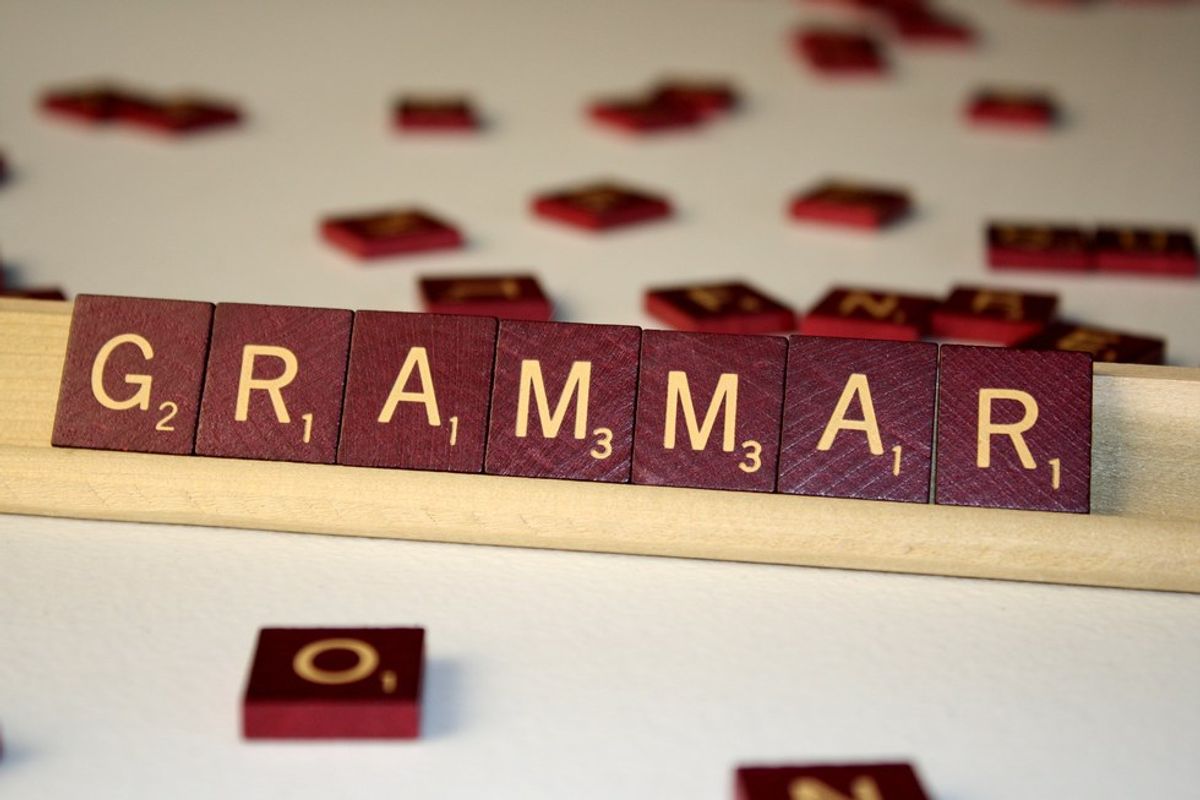 Everyone gets confused sometimes when it comes to grammar. There are so many specific rules to remember, and it can definitely be hard to keep track of every single one of them. Below, is a list of some simple, helpful grammar tips that can help you out in your everyday writing. I hope that you find these tips to be helpful!

This confusion between "your" and "you're" is very common, but it can also be very easily fixed. Remember that "your" is possessive, while "you're" is simply a contraction of "you are." Next time you are stuck between the two, read the sentence to yourself using the words, "you are." If these words make sense within the sentence, then you should use "you're." If the words "you are" do not fit, then you should use "your." It's as simple as that!

I am so happy that you're on your way home!


"To" is used as both a preposition and an infinitive. “Too” is a synonym for “also,” and it can also be used to indicate excessiveness. “Two” literally means the number, 2.

The two girls talked too much on their way to the park.

"There" points out a specific place. "Their" indicates possession. "They're" is a contraction of "they are." As with "you're," and "you are," "they're" should only be used if the words "they are" fit into the sentence.

Emily and Brooke are wearing their dresses to the party, and they're bringing snacks there.

“A lot” is always two words. Remember that “alot” is not an actual word and should never be used in writing!


I have a lot of homework to do this weekend.


I am sad to be apart from my family when I am away at school, but I still keep busy by being a part of many clubs.

I would’ve gone to the concert had I known that I could've afforded the tickets.

"Its" indicates possession. "It's" is a common contraction of "it is." If the words "it is" do not fit into the sentence, then "it's" does not, either!

When I look at the tree, I can tell that it’s going to fall on its side any day now.

Use "fewer" when the items you are talking about are quantifiable, plural nouns (i.e. fewer jewels) and "less" when a noun is not quantifiable and is singular (i.e. less water). You also use “less” when talking about a verb, adjective, or adverb (i.e. cares less, less intelligent, less quickly).

I have fewer shirts than my roommate has, but she has less drawer space than I have.


The great number of classroom rules decreases the amount of chaos.

“Then” is used when talking about sequence or a certain period of time. “Than” is used when making a comparison. These two words are completely different and can never be used interchangeably!


If I correctly spell more words than my opponent spells, then I will go to state spelling bee.